Here's a follow-up post to one I made back in those carefree days of early February when I posted about Mad Magazine cut-out cards from 1990. Since those were billed as the "All New 2nd Series" I was curious about the inaugural series and hunted them down, too. 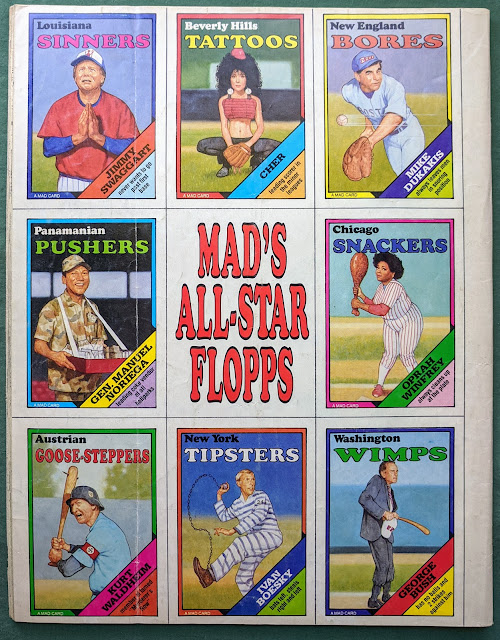 Here you go! As you can see, these borrow heavily from the 1988 Topps Baseball design, which makes sense as this issue came out in '88. 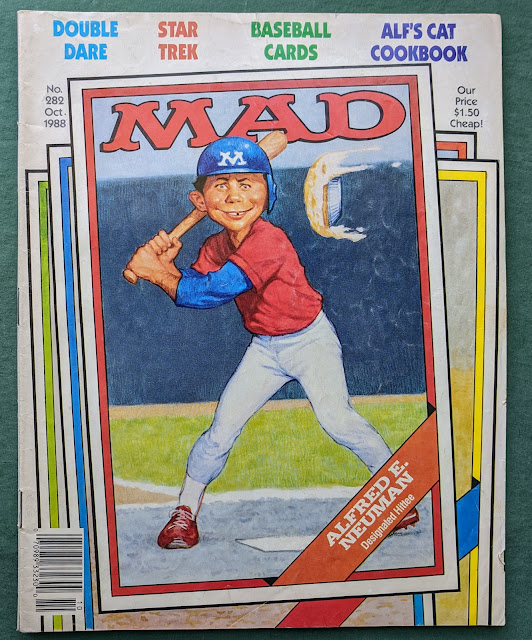 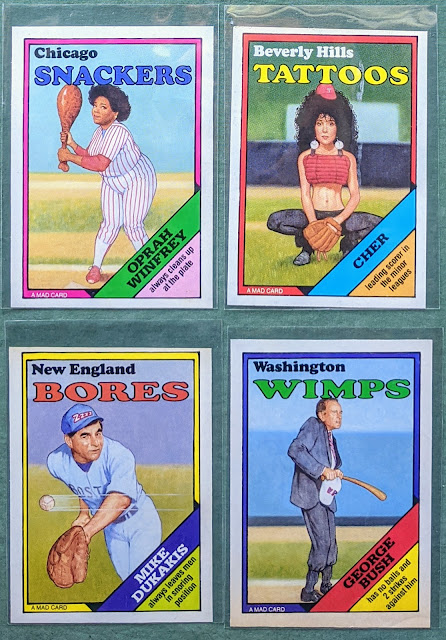 And yep, I bought an extra copy so that I could keep one intact and cut the other into "cards". Like with the 1990 counterpart, these don't have corresponding backs, with the inside cover being another of those "fold-in" gags. 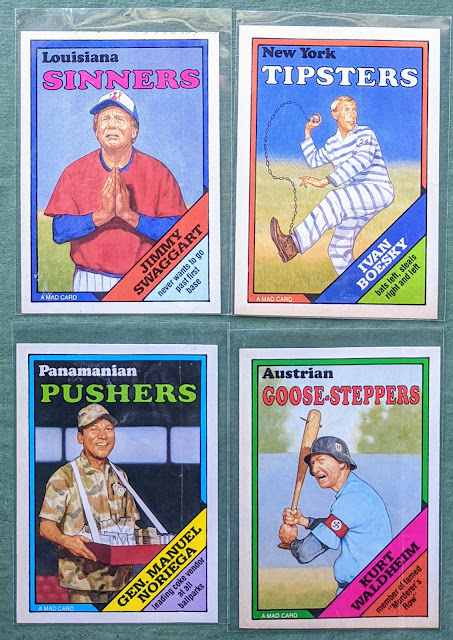 The references are no doubt very dated today, but still interesting items for a card collector with a quirky, wide collecting breadth, such as myself.

Now let's see if there's any baseball stuff inside the magazine....

Welp, no inside feature on baseball cards (unlike the 1990 issue), but a couple things worth sharing. 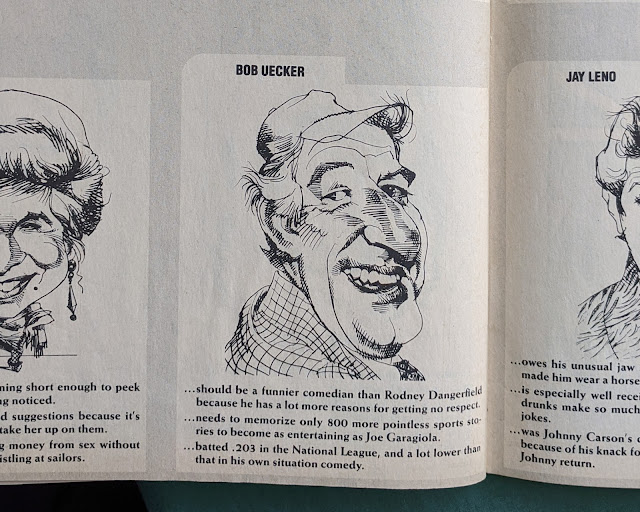 Bob Uecker takes some ribbing among other celebrities of the time.

A baseball comic in a "how to stay cool in the summer" feature. 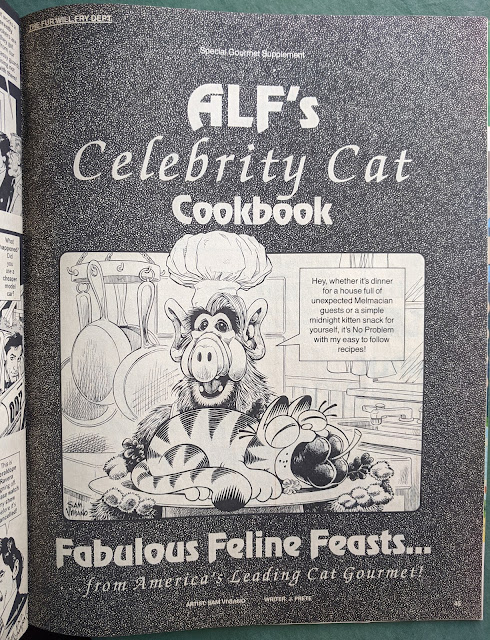 Not baseball related, but I'm sure someone will get a kick out of this Alf gag. 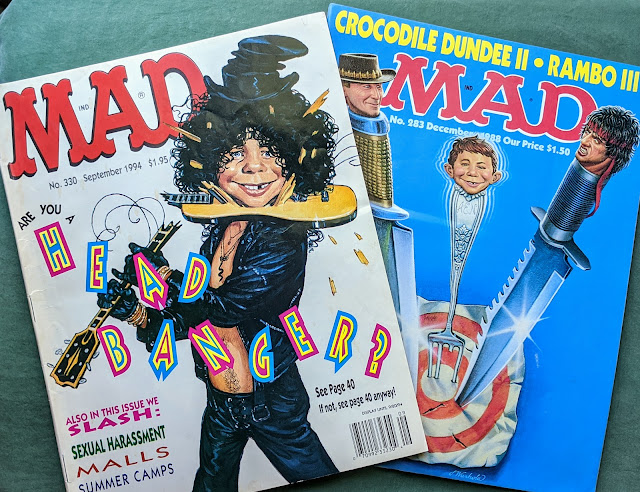 In tracking down the back-issues with cards, I ended up with a couple eBay lots that included additional issues. Maybe someday I'll flip through them, but I don't really need them so if anyone wants to trade for these two, let me know. I'm a big GNR fan, so perhaps I should hang onto the Slash one. Whatever.

Anyways, I haven't been able to find any evidence of a 3rd series of "Mad's All-Star Flopps" so I suppose my collection of these pseudo cards is now complete!

Thanks for stopping by and take care out there (or "in there" as the case may be).
Posted by defgav at 5:13 PM