A Tale of Two P-towns

Got a great bunch of cards from Peoria shipped over to me in Portland courtesy of Tom at Waiting 'til Next Year. 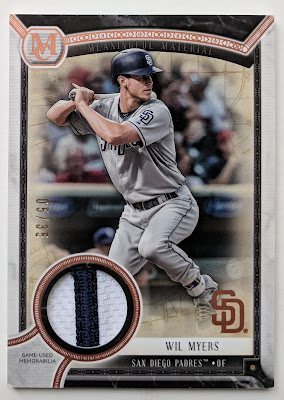 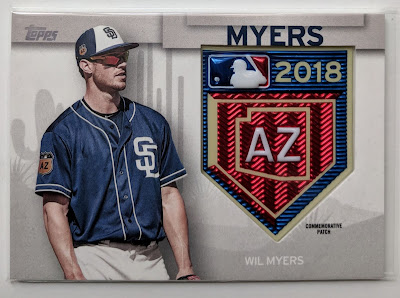 And this one isn't too shabby as far as manufactured relics go. 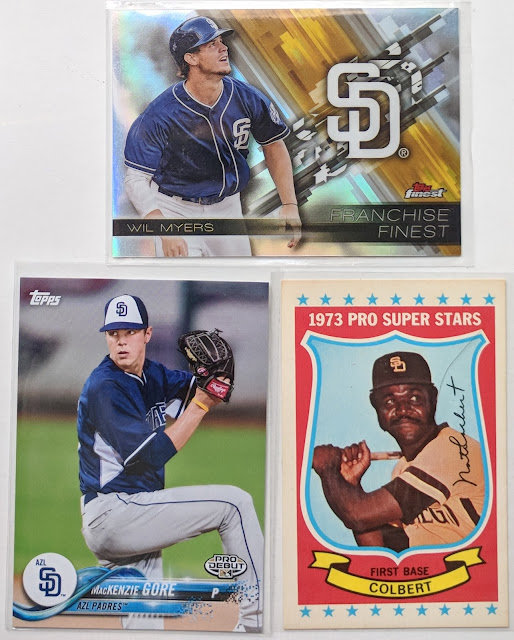 Another Myers, plus a big name for the future in Gore and a big name from the past in Colbert. 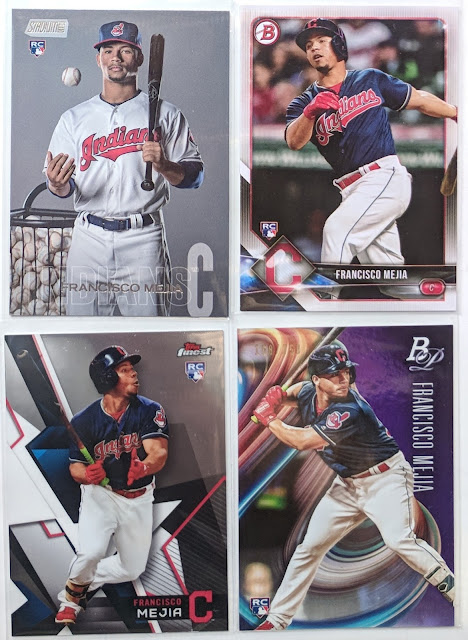 Francisco Mejía is another big prospect for the Padres, having given up our best reliever to get him from the Indians. He seems to be tearing it up in AAA since the trade. I hope he pans out.

Tom ripped a good amount of 2018 Big League and had neat extras of some guys I collect. 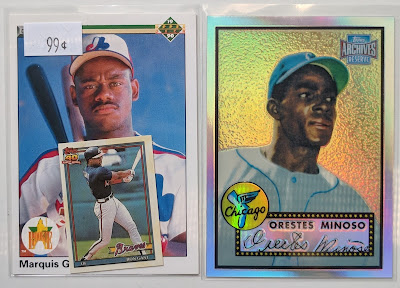 A tiny Gant, a shiny Minnie, and another card for my Marquis Mania project.. very nice. 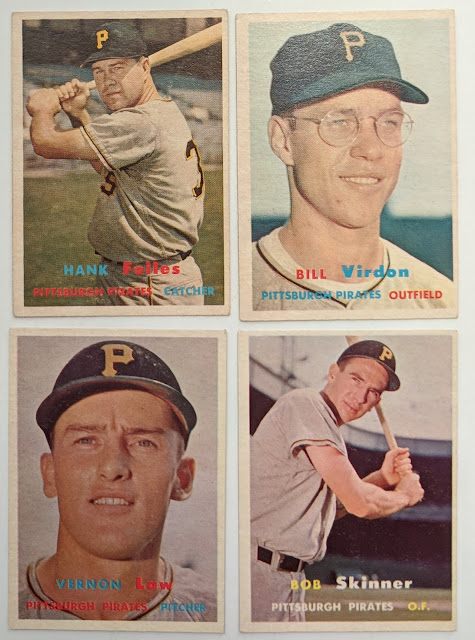 While all the cards in the package were cool, this 4-pack of Buccos I needed for my '57 set was what lit up my eyes the most. Solid names here, too. Hank Foiles was an all-star that year. Bill Virdon was ROY in 1955. Vernon Law won the Cy Young in 1960. Bob Skinner was an all-star in '58 and '60. Very cool to check 'em off this ambitions setbuild of mine.

Since Blue Tape And Pull Tab Awareness Week is over, I won't be featuring the packaging, but Tom would have earned himself an A. Blue tape, pull-tabs, the whole 9 yards.

Great stuff.. Thanks a lot for the trade, Tom!
Posted by defgav at 4:07 PM