One in a Million

Well, I had planned to publish a big, informative post with a bunch of card-shipping tips today to close out Blue Tape and Pull Tab Awareness Week, but I couldn't finish it in time and I want to make sure I don't rush it, so it'll have to wait till another day.

So here are some gif cards I made over the past week.

7/29
Remembering the legendary Tony Gwynn who was inducted into the Hall of Fame on this date in 2007. Great player and great guy. Miss you, Tony!


Ah, Tony. He was one in a million. Happy to put together a quick little "greatest hits" clip for him, though it kinda bothers me I wasn't able to get him actually hitting a ball into it. But the big laugh is priceless.

7/29
On this day in 1996, Chris Sabo shatters his bat, strewing cork onto the field. As a result of the incident, Sabo is ejected and gets a 7-game suspension. Sabo maintains that he never corked a bat in his life, claiming that the bat in question belonged to another player (whom he would not name). It was not his initial bat of the at-bat, breaking the first one, too.. so, maybe?

8/5
Wishing a Happy 50th Birthday to John Olerud. Excellent hitter and a class act. Couldn't help but root for the guy.

I thought a graded gif was kinda funny. The reason 1990 Donruss is a go-to for me is the photo area is a simple box (no logos or fancy design stuff getting in the way), so it makes it quick and easy to turn into an animated card.

8/4
The whole Robin Ventura vs. Nolan Ryan brawl is kinda worn out at this point, but it's the 25th anniversary, so I gave in and made a gif card.


Yeah, some twitter accounts I follow seem to harp on this moment a bit too much. (Looking at you, @Super70sSports) and so it's a little stale for me now. But yeah, old guy pwning the young punk makes for a good story.


(Update: I've just made what I feel is my best one of these yet and will be tweeting it out tomorrow morning. 8/6 around 8:15 Pacific: @breakdowncards be there. lol. But no, it's a good one! I predict it might even break my Satchel record for most popular tweet. But then again, sometimes things I think will be a huge hit end up falling flat, so who knows.)
(Update to the Update: yeah, it didn't exactly take off. Oh well, I'll tweet it out again on Clemente's birthday coming up in a couple weeks and I bet it'll have more success then.)

Let's squeeze in a real card in this post. 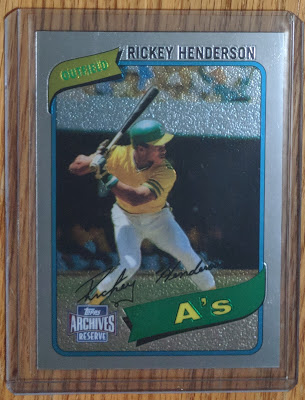 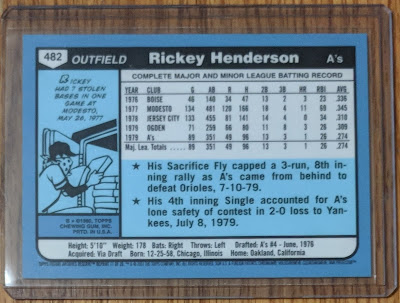 This was the biggest name of the non-hit Reserve cards still on my wantlist. I was bummed I lost an auction for it a while back when it went a bit too high, but then ended up winning this one much cheaper, so it all worked out.


This post finishes off another GNR album's worth of random posts:
Reckless Life
Nice Boys
Move To The City
Mama Kin
Patience
Used To Love Her
You're Crazy
One In A Million