For some reason Topps thinks it's a good idea to unveil their upcoming flagship design in early August. But any hype it generates is gone by the time the thing actually comes out the following year.

Their prototype for 2021 was met with mixed reviews. Some like it, others don't. (I don't. Too busy and feels like Bowman.)

There's a blog bat-around for us creative-type bloggers to make an improved version without straying too far from the original spirit of the design, and I went ahead and gave it a shot. 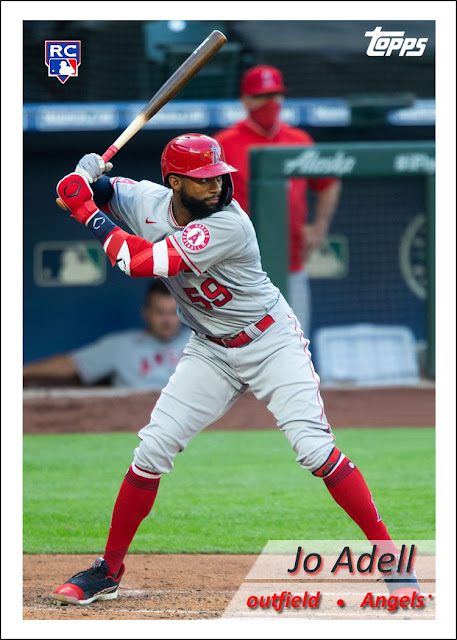 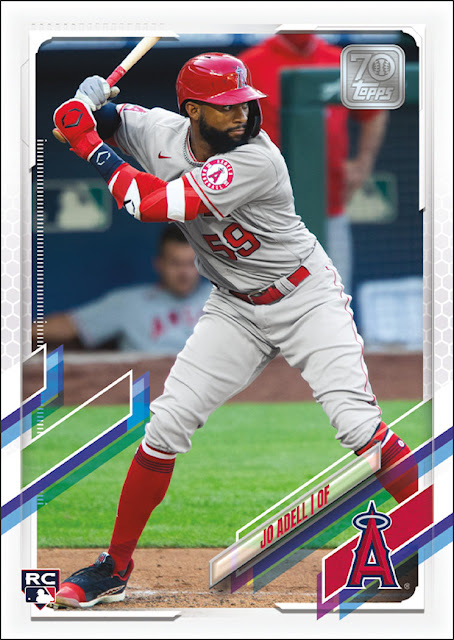 Ugh! Why all the razor blades and jagged edges? And this card has apparently been run over by a truck at some point! I get that the past few months on Earth have been rough, but why must our baseball cards reflect that pain??

The "70" logo just makes me think of Bowman inserts and buybacks from 2017 that used a very similar logo. And that tiny name is going to be a real pain in the ass to read when you're busting a box after the sun's gone down. 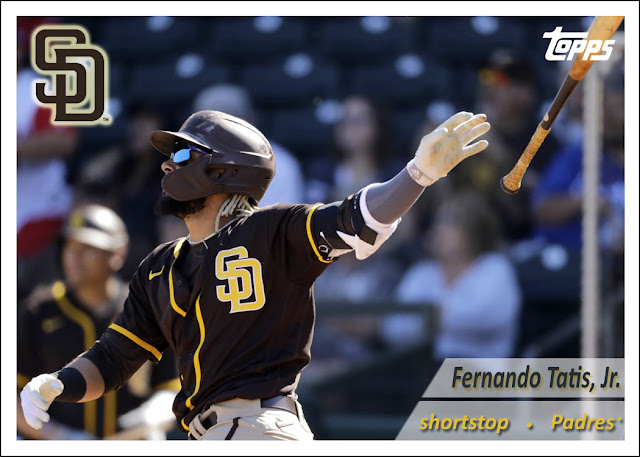 Here's my horizontal mock-up. I figure a team logo can go on the cards without a RC logo. (see old-school Rated Rookies that were either/or.. Looks better than cluttering the card with too many logos) Had to shrink the name down a bit because Tatis has a long one, but it's still way more readable than the real thing. 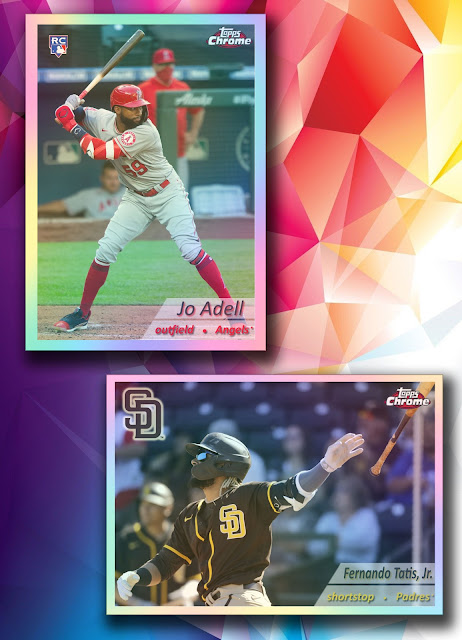 Oh man, I'd probably have to pre-order me up a hobby box of this!.. if only it were real.

Thanks for coming to my ted talk.
Posted by defgav at 11:15 PM