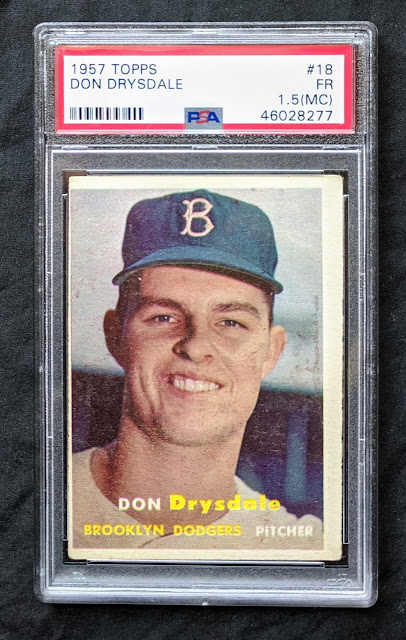 The biggest card left for me to track down in my 1957 Topps setbuild was the Don Drysdale rookie. Spurred on by a "5% eBay Bucks" bonus offer the other week, I finally pulled the trigger on one.
As someone who works at PSA explained to me in a blog comment once, when a card has a qualifier-- such as this "(MC)" miscut here-- it effectively knocks the card value down by 2 grades. So like a PSA 8(OC) has roughly the equivalent value of a PSA 6. So yes, that would mean this Drysdale rookie has a negative grade by those guidelines. PSA -0.5!
Ha, I don't really care. I just like having some reassurance of authenticity when I buy a card that's likely no stranger to counterfeiting, and I didn't want to pay too much for it. I'm tempted to break Mr. Drysdale out of the slab. I suspect the surface marks around the middle of the card are wax stains, which would probably wipe off with a square of TP after a moment under a hair dryer.
While the card is very off-center to the left, there's still a sliver of border, and that's good enough for my OCD. If the photo "breaks the plane" of the card's edge, that kinda bugs me. But as long as there's unbroken border visible, no matter how thin or diamond-cut, it passes my personal centering standards. So I'm ok with the "MC" here.
But what really sinks the card's grade is the back... 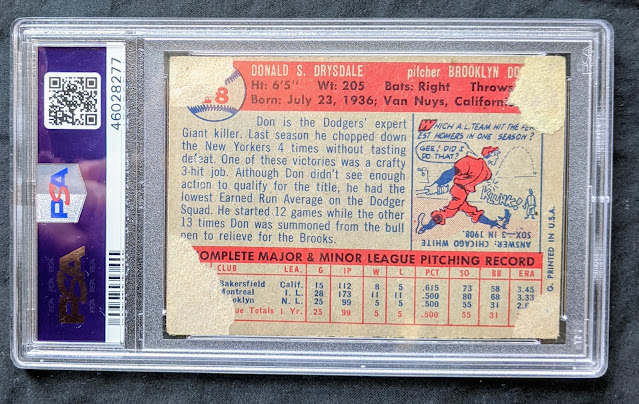 Oh yikes. I didn't take a good look at the back photo in the listing before I clicked on the Buy-It-Now button. My bad! But oh well, I probably would have went through with the purchase anyways. At least you can still read most of it.
I'm not too picky about my '57 set. Just want to be able to say I've got a complete set of 1957 Topps Baseball. Just 94 cards left to go, and not many big names remaining. So hopefully in another couple years or so I'll finally put this one to bed.
Speaking of vintage Topps sets that I've had in the works for a few years now..... 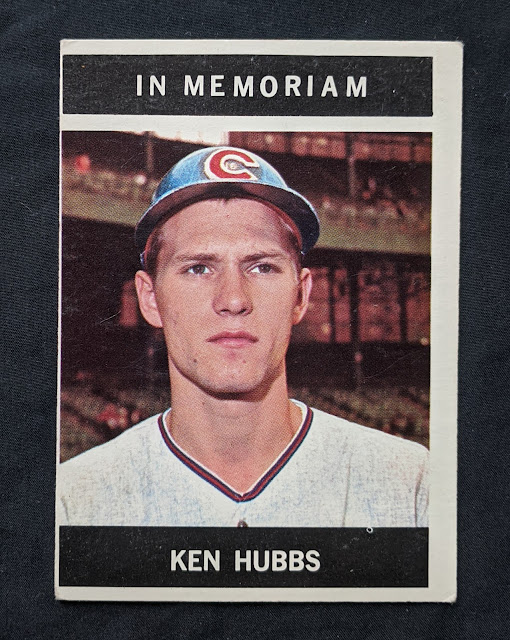 This Ken Hubbs In Memoriam high-number is a key card I needed for my '64 setbuild. Recently found a solid deal on this one that has nearly identical centering issues as the '57 Drysdale, but again narrowly passes my quality standards. 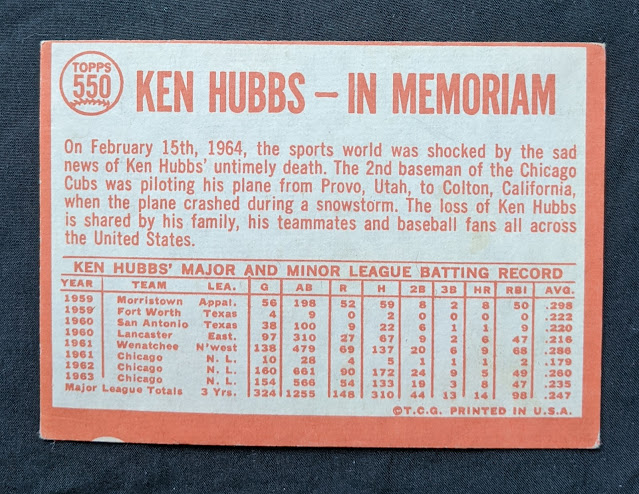 I think it's awesome Topps put out this card, but maybe dedicating so much of the back to his batting stats was a disservice to a player renowned for his glove, and ultimately the existence of this card leads to me being upset at all the times Topps dropped the ball by not paying respects to active players who lost their lives through the years. Thurman Munson is the one that really sticks out like a sore thumb, but there are several who deserved an In Memoriam card along these lines. 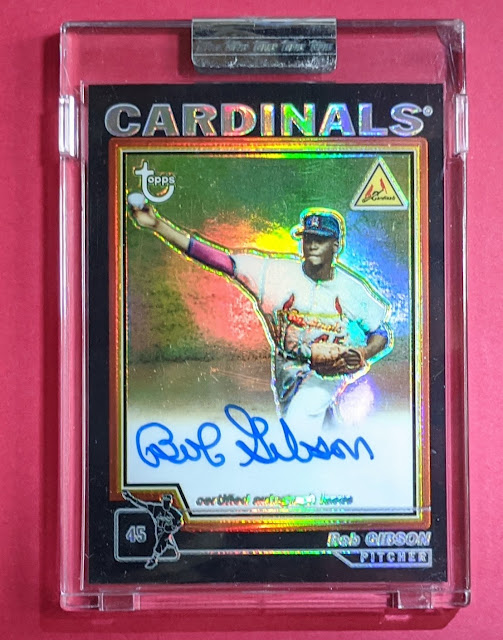 And on that note of saying goodbye, sad to hear of the passing of Bob Gibson yesterday. Made for an emotional rollercoaster of an evening for me with the news coming out minutes after the Padres beat their postseason nemesis Cardinals to advance. Rest in peace, Mr. Gibson. One of the greats.