Maybe the last Incoming Cardboard Post before the move

Time for another Incoming Cardboard Post (or ICP, as my ninjas call it) showing off cards that've made their way to me since I last did one of these, that weren't purchases and didn't already get their own post. 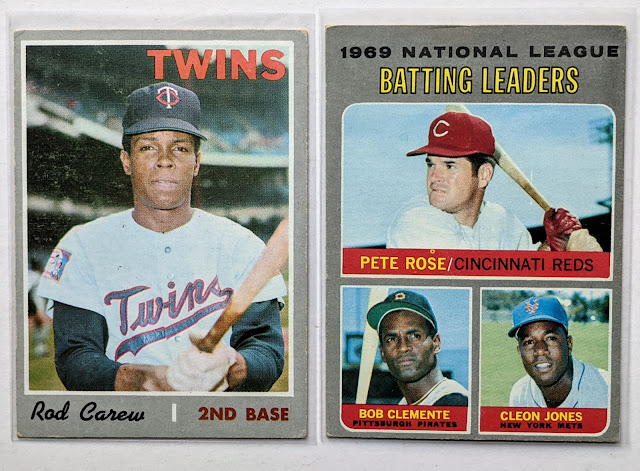 Two or 3 weeks ago I was showing off the 1970 Topps Willie Mays that Daniel surprised me with, and a friendly Twitter guy named Todd at @Bookman30022 saw that and offered up a Rod Carew if I needed it, and I happily took him up on the offer, with the sweet Batting Leaders card getting in on the action too. Not wanting to be too big of a mooch, I was able to get him to share his wantlists with me so I could send him a thank-you. Thanks again, Todd!
Mr. Carew turns 75 today, assuming I get this post published by the end of the day here on the west coast.
- - ---o 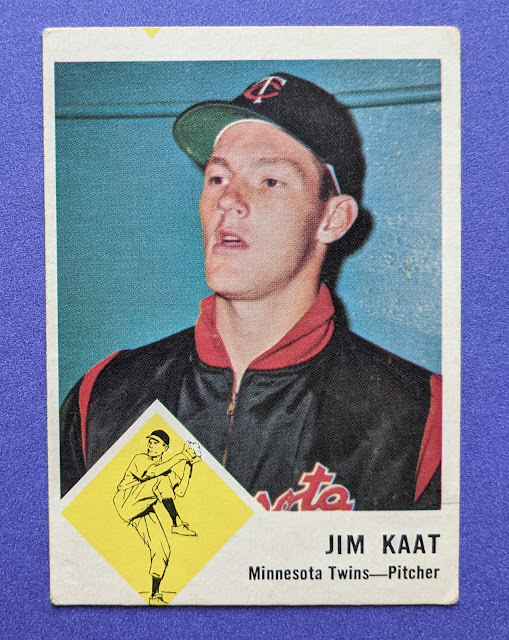 I called dibs on this 1963 Fleer Jim Kaat that Jon graciously offered up for an anniversary giveaway event at A Penny Sleeve for your Thoughts. I dig this vintage kinda-oddball set and don't have many cards from it. A welcomed addition to my Kaat PC. I'm gonna post that one song I like again in celebration.
Thanks, Jon! Very nice of you. Keep up the great work on your blog!
- - --o
Here's a big trade I did with reader Oren V. a couple weeks back. 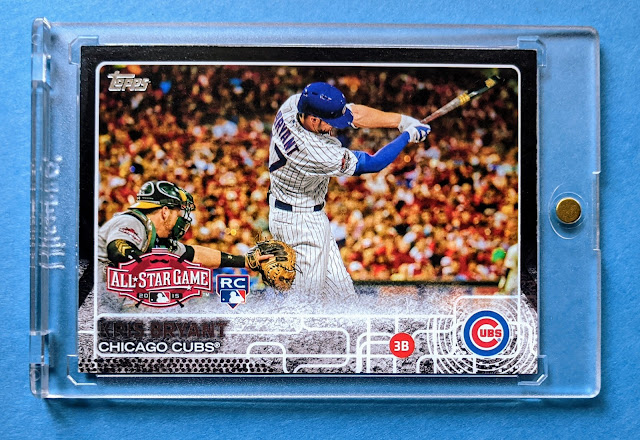 The key card coming my way in the deal was this Kris Bryant RC black parallel #'d /64. It's not his base rookie (#616), but still, this All-Star Game rookie from 2015 Topps Update is pretty nice. Sparkles had a down, injury-plagued 2020, but he's still in his 20s and will most likely bounce back to being one of the best in the game. That said, I feel like my PC of his has achieved "good" status now with the addition of this low-numbered rookie, and have now "retired" him off my main wantlist. 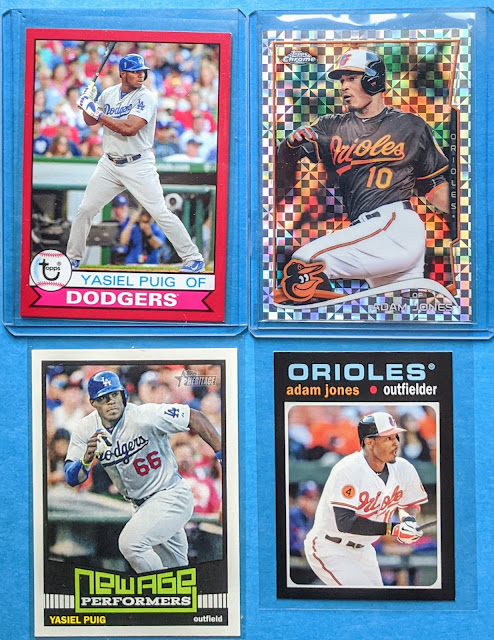 Here are a pair of solid players that I've missed in MLB this season-type-thing of 2020. Puig couldn't quite escape free agency, while Jones had a just-ok season in Osaka. Gotta mention that the red Puig is numbered 1/50. 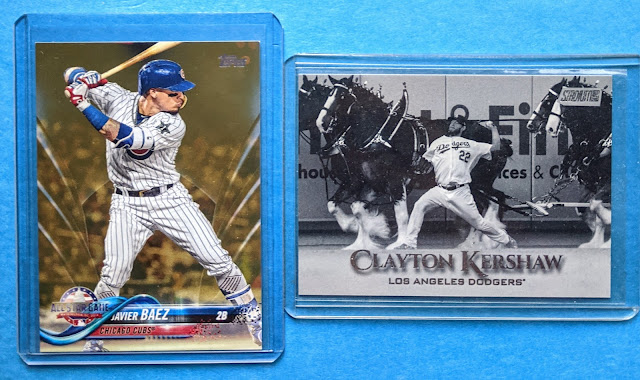 A couple parallels of dudes I collect round out the package. Right on. Kershaw just threw a postseason gem.. good for him. (Still rooting against the Dodgers, though.)
Thanks for the great first trade, Oren! Hope to do it again sometime.
- - ---o
Last one for today... 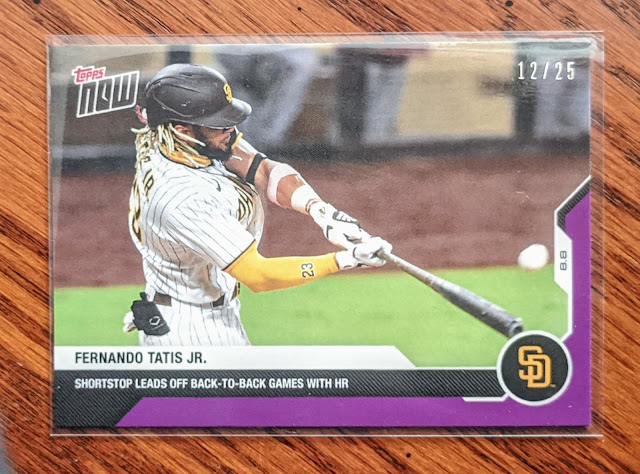 Padres, baby! Won a postseason game for the first time in a long time tonight. With recent injuries decimating the starting rotation, they're probably not going to get too far, but they're getting their cuts in! I hope to witness a whole bunch more quality seasons from Fernando Tatis, Jr. He's a real fun player and really good.
The fella from Once A Cub pulled this Topps Now parallel numbered 12/25 and thought of me. Aw yeah! He kindly let me dig up a few Cubs cards to send his way for it. A Christmas Card of a top tier PC guy of mine? A double-bullseye, as I say. Don't get much better than that!

Thanks again, man! Big hit for my collection.

And thanks again to everybody who's brightened my day with cards recently.

Heads up to my trader-buddies that I'm moving around the middle of October. I'll likely send out a mass email to my frequent trade partners with the new address once I'm good to go in the new house.

That's it for today. Thanks for stopping by.