My Most Wanted (2004 Topps Retired refractors)

White Whale watching. Specifically with 2004 Topps Retired, I wanted to see how many of the remaining (sweet) 16 refractor autos that I need could be found online (just in digital image form, not necessarily for sale). It's also an exercise to prove to myself that they exist. I've been collecting these cards since returning to the hobby circa 2012, and some of them I've never even seen in all this time. There should be 25 copies of each refractor out there.

I found pictures of 9 of them: 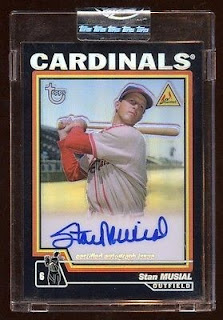 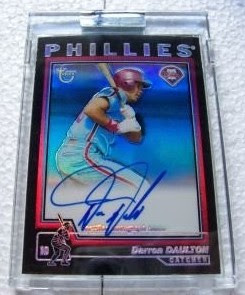 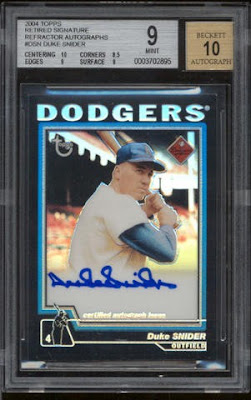 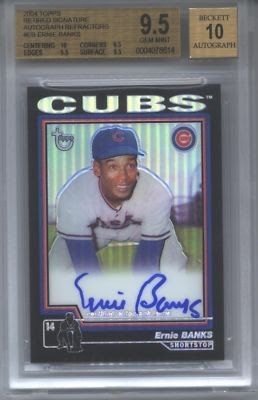 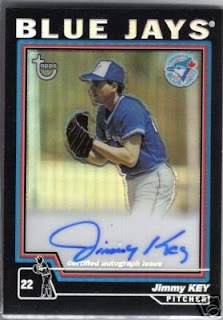 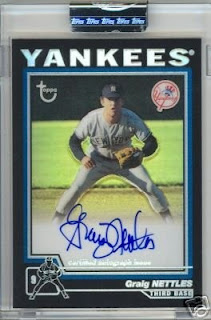 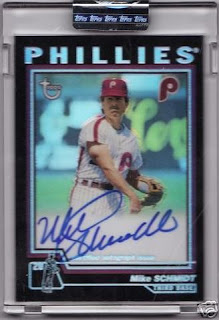 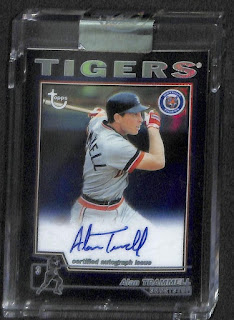 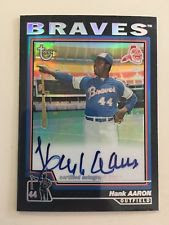 That leaves 7 cards with no photographic evidence, though I was able to find old "sold" listings from back when the product was new:

So this research was successful in reasonably proving to me that all 16 cards I need exist. (Hey, Topps has been known to list cards on checklists that they don't actually put out-- or redemptions that never get made-- so it's a real concern when hunting down whales you've never actually seen.)

If anyone has any of these sixteen 2004 Topps Retired Signature Edition refractor autographs available, please let me know! Would love to try working out a trade or sale. Otherwise, I'll just keep on keeping an eye out on eBay.
Posted by defgav at 8:08 PM