Some curiosities and oddities 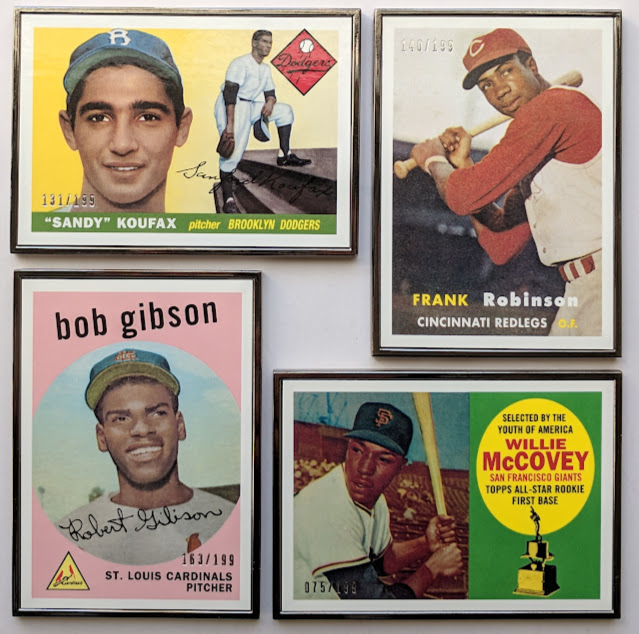 Somebody on Twitter was selling several of these silver framed rookie reprints that came out a few years back. While I'm as sick as anyone of Topps reprinting their notable rookie cards nearly every year, I am a sucker for metal framed cards. Like little pieces of art. They've got some nice heft to them and I love the clanking together when you've got a stack of 'em. 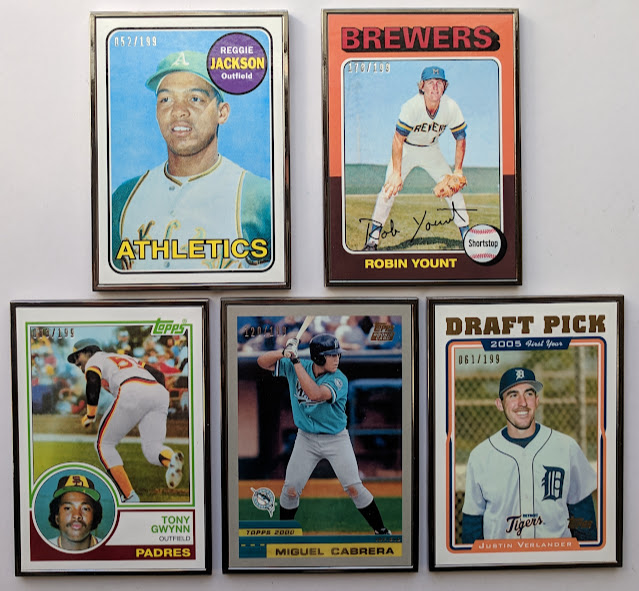 I ended up buying the entire lot the guy had available for a solid deal. I collect all these dudes besides Verlander (whom I'm sure I could find a good home for, and I also grabbed a dupe McCovey), so why not. Some minor surface dings on many of these (wish Topps had used a sturdier stock like Heritage), but not too bad. Neat cards. 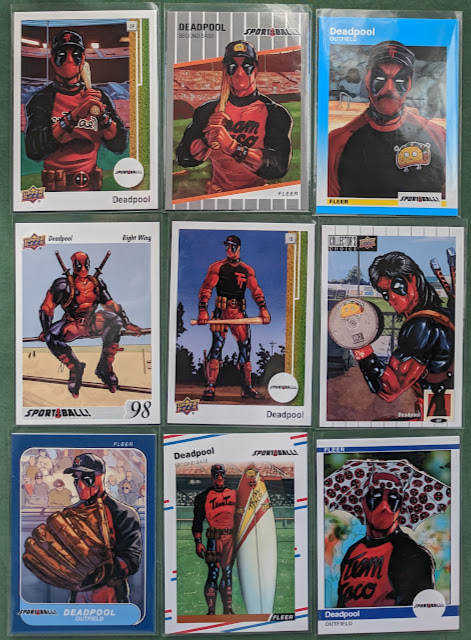 These Deadpool cards are pretty cool. Nice to see Upper Deck have some fun with their (and Fleer's) more memorable cards from back in the day. Sort of like official customs. It's a 12 card insert set and I've only got these 9. I'd be willing to trade for the three I'm missing. Pack War did a post where you can get a better look at each card and its inspiration. I'm not all that into superhero movies (and haven't read the comics), though I liked the first Deadpool film alright and will probably watch the second one eventually. 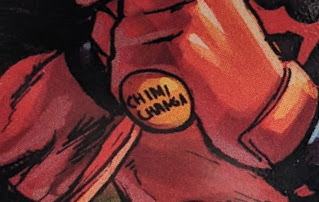 If you were curious about the Billy Ripken bat knob, it says Chimichanga. 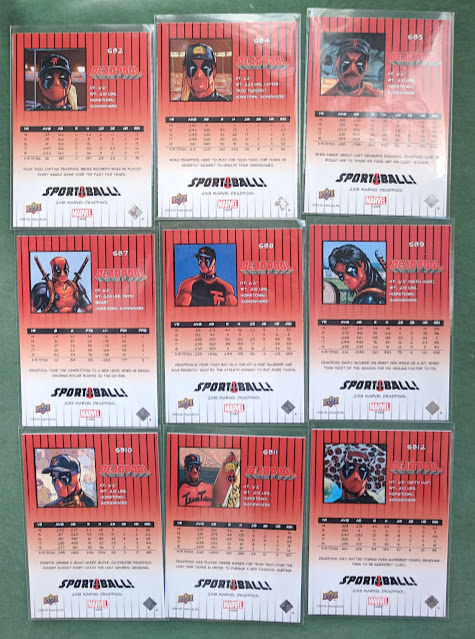 The backs don't mimic the original designs, but have some amusing text. 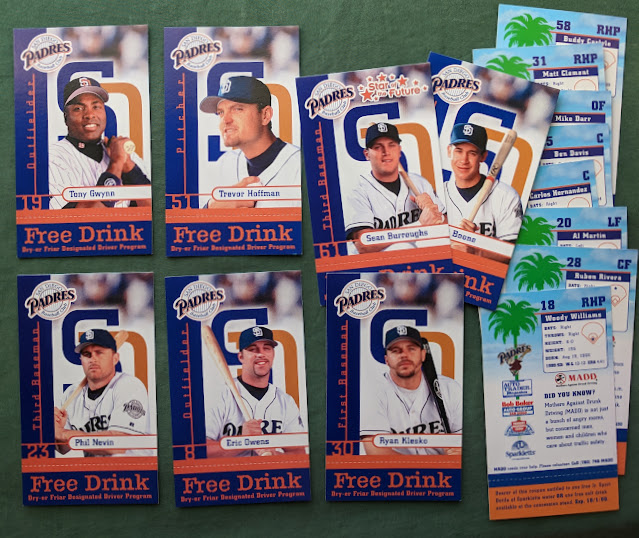 Lastly for today, here's a 2000 "Be a Dry-er Friar" set from M.A.D.D. that I got off eBay. I think this was originally a stadium giveaway. Always nice to add oddballs to my PCs. Gwynn and Hoffman are the big names here, though the inclusion of Eric Owens was probably what got me to pull the trigger on the purchase, as he's one of my favorite under-the-radar PC guys. The cards are fine, though the tab on the bottom for a free (non-alcoholic) drink makes them oversized (and obviously I'm not going to remove the tab, as no self-respecting card collector would "alter" a card in such a way!) 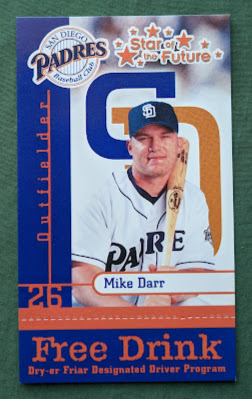 Man, here's a bummer. A Mike Darr "Star of the Future" MADD card.

Via wikipedia: On February 15, 2002, Darr was involved in a single-car accident in Peoria, Arizona during spring training. His blood alcohol level was over the legal limit. Both Darr and Duane Johnson, who were not wearing safety belts, were killed. 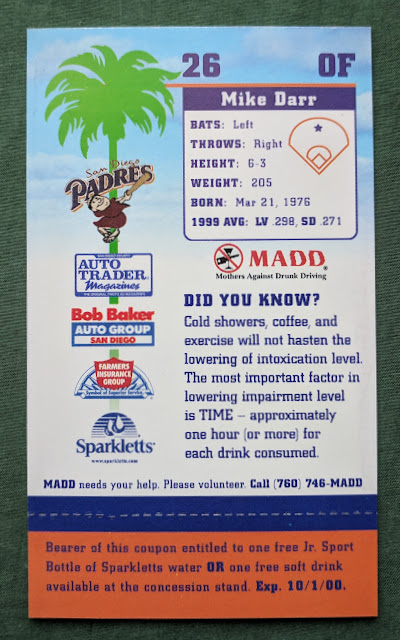