Happy to make it to my first card show of the year this morning. Since I started going to the Mall 205 monthly card show a few years back, I don't think I've ever missed two shows in a row until this January and February. So it was good to be back.

The place was packed. Plenty of new faces on both sides of the tables. My "regular dealer" Bill wasn't there, and the vintage guy I usually go with already had another couple guys latched onto his discount section, so I wasn't sure what my plan would be. I basically took a lap and then settled in at a 50¢ box of a friendly father, son, mother dealer team. While I was digging, I was bumped into by Padrographs Rod and later Cardboard Hogs Ken.. always nice to say hi to bloggers buddies.

I ended up with a big stack from this one box and called it a day. (I also brought home a nice bunch of cards given to me by Rod, but I'll save those for another post.)
Here are some cards I scored. 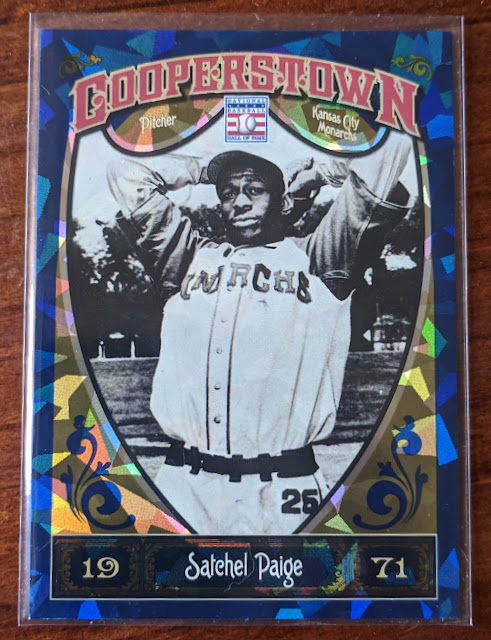 A fine Satchel. I just watched The Bingo Long Traveling All-Stars & Motor Kings for the first time. According to Wikipedia, it's "a 1976 sports comedy film about a team of enterprising ex-Negro League baseball players in the era of racial segregation. Loosely based upon William Brashler's novel of the same name, it starred Billy Dee Williams, James Earl Jones and Richard Pryor." Anyways, the titular character was kinda modeled on Satchel Paige. Adrian Gonzalez is a guy I used to collect, but consider the PC "complete enough" and generally don't have interest in further adding to it, but this beautiful Finest refractor caught my eye. I thought Adrian would have built a strong HOF case with a few more solid seasons, but then his production fell off in 2016 and I think he's probably done now. 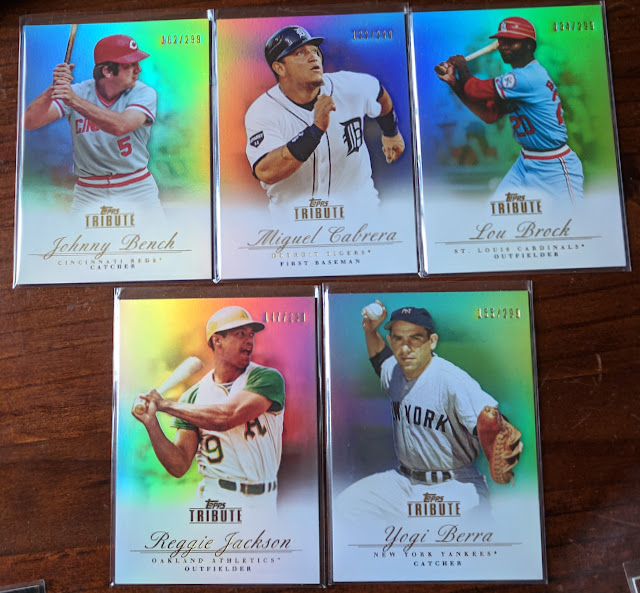 Speaking of great-looking shiny cards, here are a bunch of Topps Tribute.

I should mention that this box I dug through was essentially all parallels, the vast majority of which were serial numbered. Every card I bought today was numbered, as far as I recall.

Hoyt!
Didn't realize I grabbed two similar Bonds until after I got home, but at least it's not the same exact card. 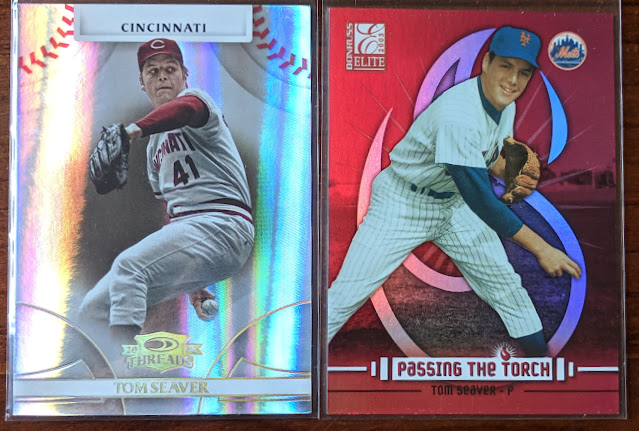 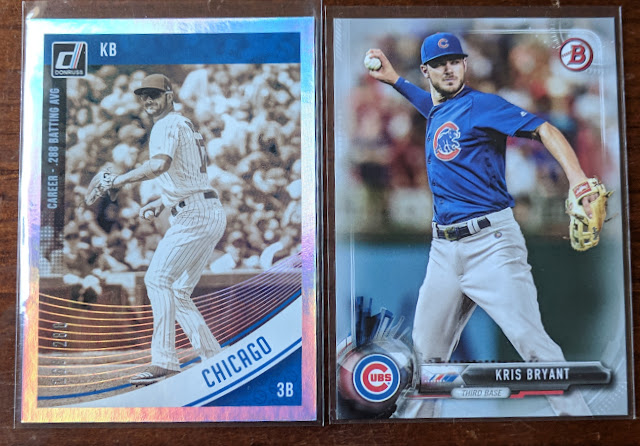 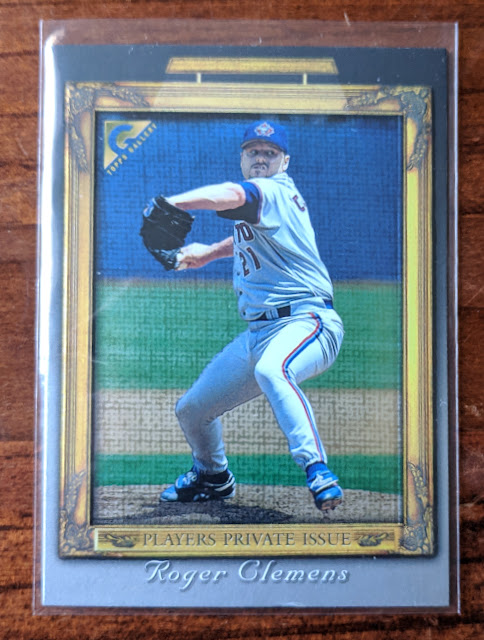 Gonna stop for now on this one. A little damage on the bottom, but these 1998 Topps Gallery -Players Private Issue cards are pretty popular, I think. The cheapest of these /250 parallels on COMC right now is $15. But what really called me to this card was the fancy-pants foil numbering on the back:
041
OF 2050

I'll likley post some more from this haul later. Thanks for reading.
Posted by defgav at 5:40 PM