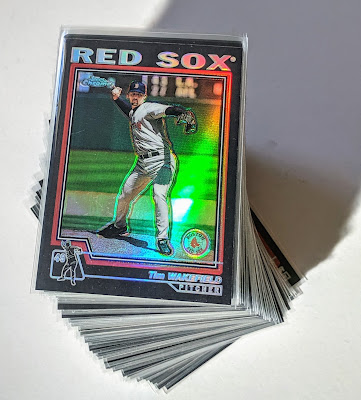 I keep an eye out for bulk lots of 2004 Topps Chrome black refractors, and one such lot popped up recently. It was 79 cards at a buck per card plus shipping. Not quite a steal, but still good enough to get me to bite. 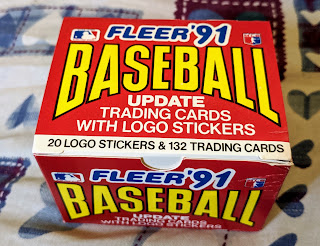 The guy pranked me by shipping them in a box for '91 Fleer Update. I opened up the package and saw that and immediately thought there was a mixup. But nope, '04 black refractors hidden inside. 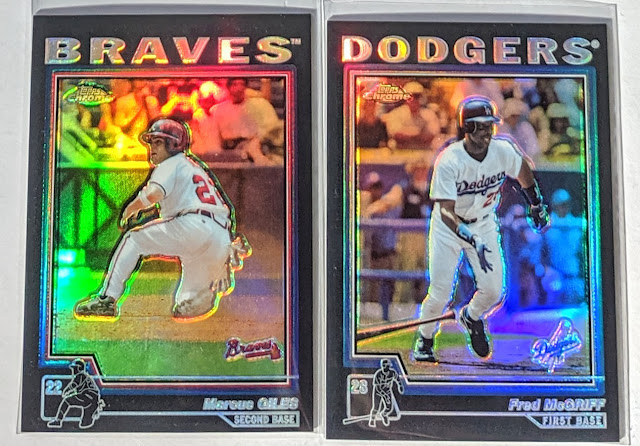 There were a few dupes for me in the lot, including Marcus Giles and Fred McGriff here, but since I collect both these guys, I don't mind having an extra copy for the respective PCs. The dupes of dudes I don't collect should make for decent trade fodder. 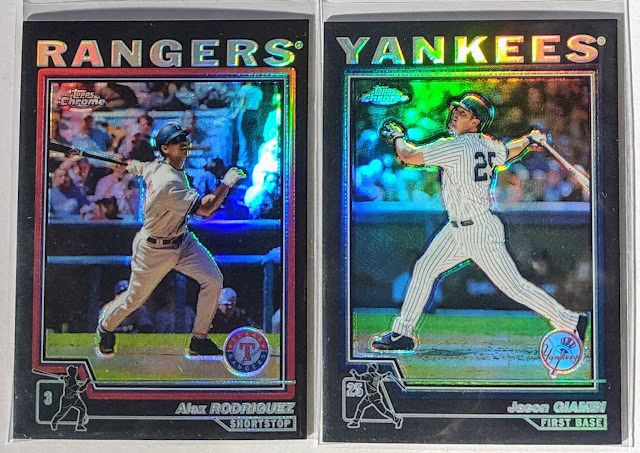 Big sluggers of the era. 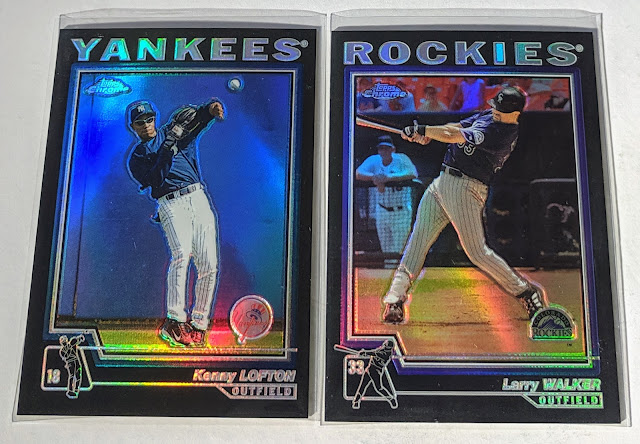 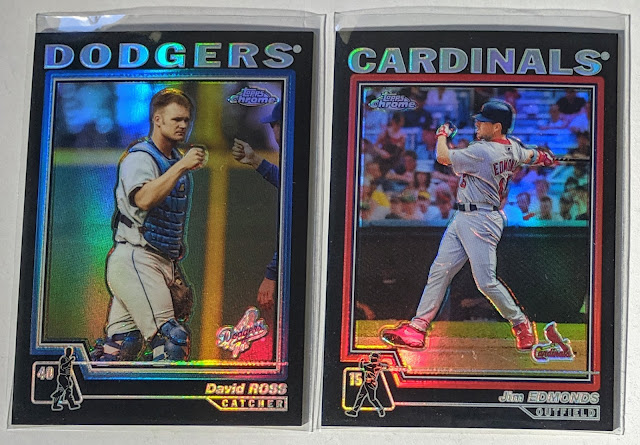 These 2 guys have been in the news lately... for very different reasons: Ross for being named the Cubs' new manager, and Edmonds for an ugly divorce. 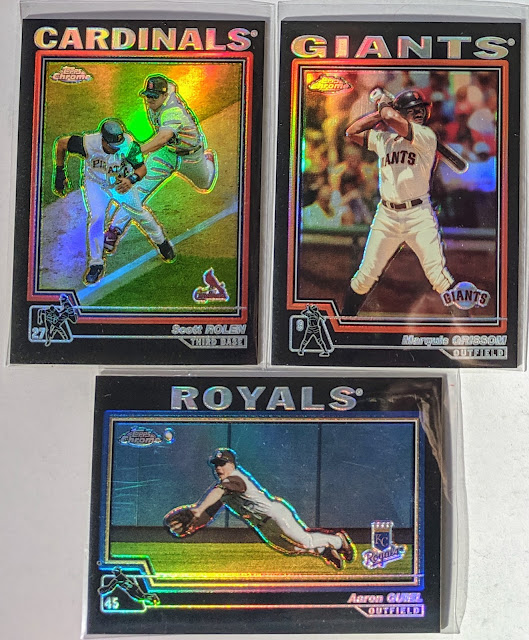 There are some nice photos in this set that if Topps used them today, would likely be zoomed in 2x. It's refreshing when the image can "breathe" a bit. 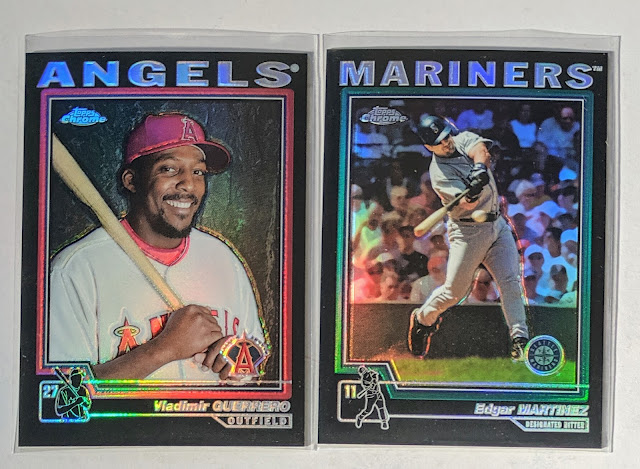 HOFers! The Vlad is the card I saw in the listing that made me click the "buy it now" button. That guy was a beast! 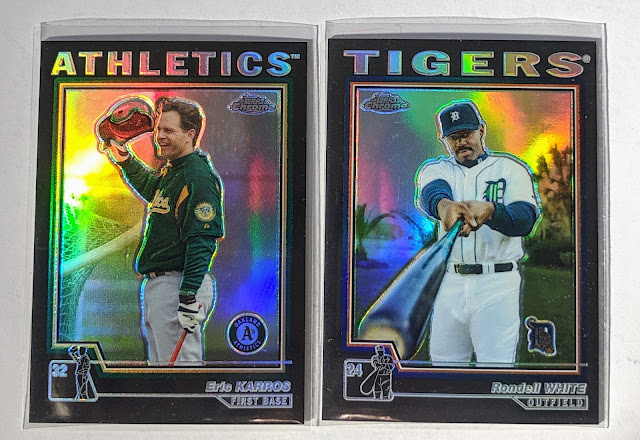 A couple guys winding down their solid careers on unfamiliar teams. 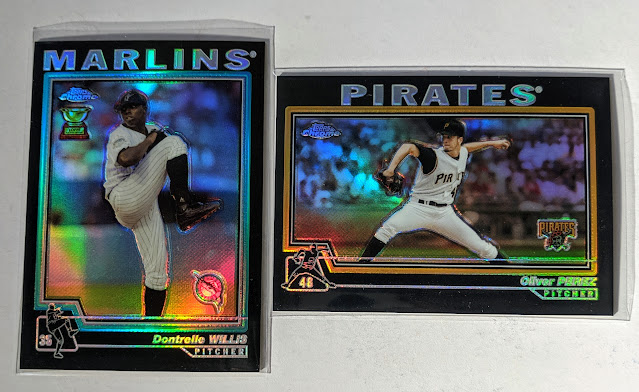 Closing us out is a nice Dontrelle Willis rookie cup, and (as far as I can tell) the last active player in 2004 Topps Chrome who was still playing in 2019, Oliver Perez. (Fernando Rodney is not in the set.)

This lot took me from 37.17% complete up to 48.25%. Honestly a little disheartening that I'm still not even halfway done. Maybe I'll do a Sportlots order one of these days to get me over the hump.

Also disheartening about his quest of mine?...

The Yadier Molina "first year" card (that I still need) selling for $160+ recently. Ouch. It's not even an auto, for frick's sake!

So yeah, it's a long-term project, for sure.. but I love these cards and I'll keep grinding, and maybe someday I'll finish this one off.
Posted by defgav at 3:59 PM