Nice card show haul for me today. I spent the majority of my time digging through one of Bill's dimeboxes, tapping out at 357 cards (pictured above center) for $35. That was only one of 5 or 6 dimeboxes he had out on the table, but I was hitting overload and had to move on. Before I hit the road, I also snagged a discounted 2019 Archives blaster ($15), and popped over to check on the offerings from the guy who last month sold me the starter lots of 1970 Topps and 1972 Topps. This time what instantly caught my eye was a box of Kellogg's for $25. I took a quick look inside to make sure the cards weren't all like ripped in half or something, but I was pretty sure it was coming home with me no matter what. The guy said he was surprised the box had lasted that long (it was pushing 11:30 at this point). 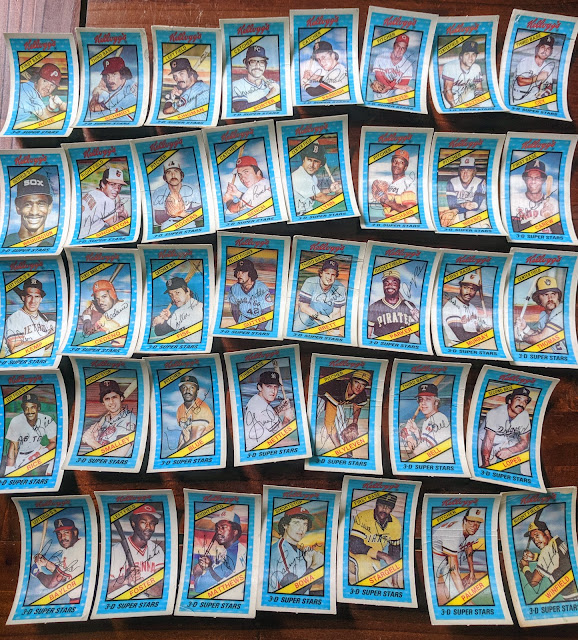 The majority of the cards were 1980 Kellogg's, about half of which were in sleeves (below) and half that weren't (above). Some dupes, but not much. And some cracking here and there, but in solid condition overall. And these aren't just "commons".. names like Rose, Schmidt, Seaver, Bench, Brett, etc. There are 60 cards in the '80 Kellogg's set, so this could probably be considered a near-complete set. I'll have to dig out what I've already got and come up with a wantlist soon and get this one polished off. 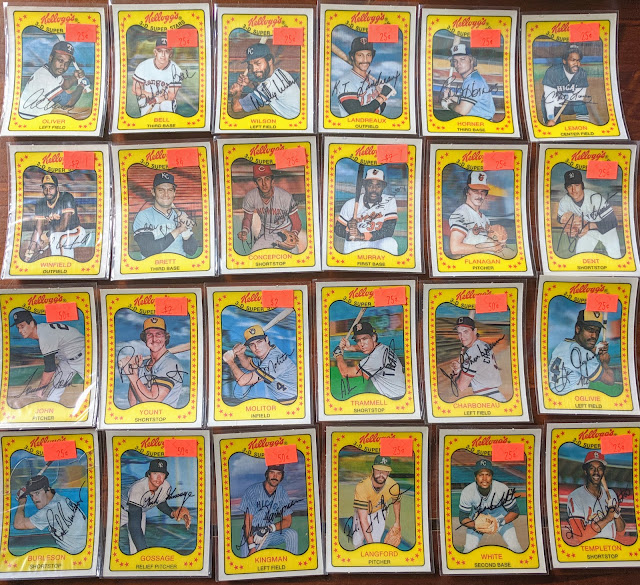 The next most plentiful set was the following year, 1981 Kellogg's. Some good names in there, too. 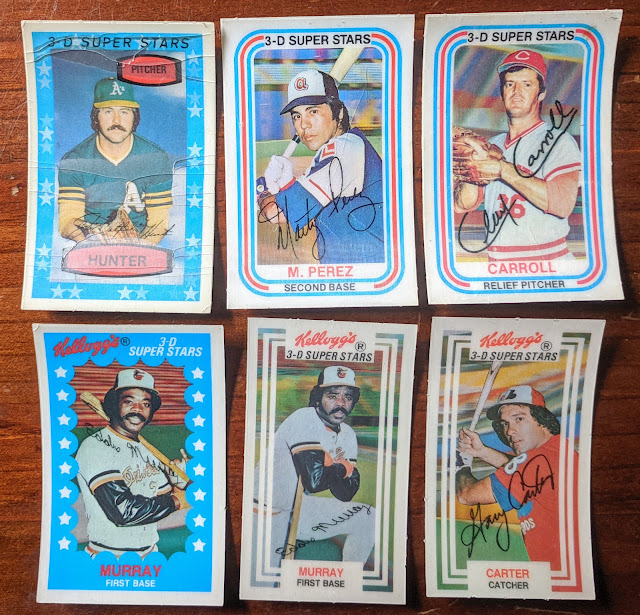 And some stragglers from other years. Steady Eddie and The Kid highlight these. 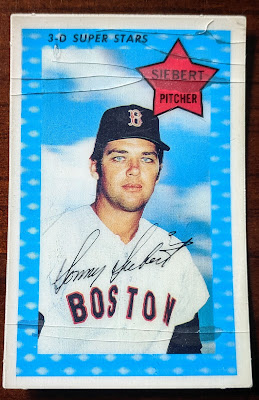 The card taped to the top of the box, Sonny Siebert, peeled off without issue. Might have been a little "false advertising" since there were no other '71 Kellogg's in the box, but hey, I'm still very happy with the purchase. I've been penciling in working on vintage Kellogg's baseball sets once I wrap up some of my other pokers currently in the fire, so a good priced lot of 100+ cards like this was right up my alley.

That's it for today. I'll post soon showing off some highlights from the dimebox dig and when I bust the Archives box.
Posted by defgav at 1:38 PM