Earlier in the week I snuck out a little challenge for readers to identify a certain baseball card visible in the film The Shining. Congrats to Fuji for deftly solving the mystery! We'll recap that in a minute, but first some cards... three shiny refractor autos from 2003 Topps Retired. 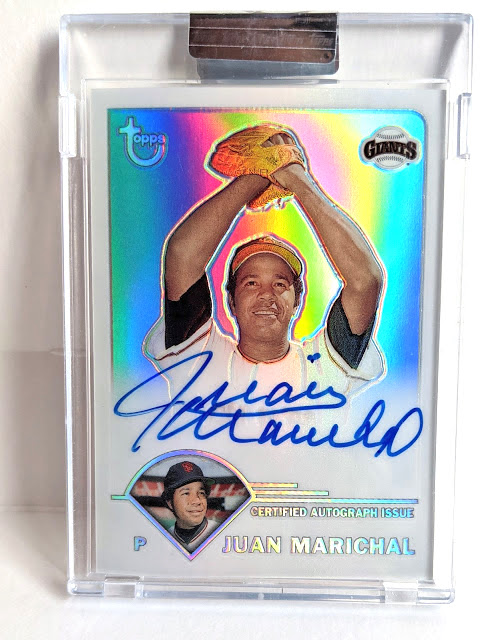 Juan Marichal! Very happy to score this recently. I love these things, and this one is particularly pleasing to look at. 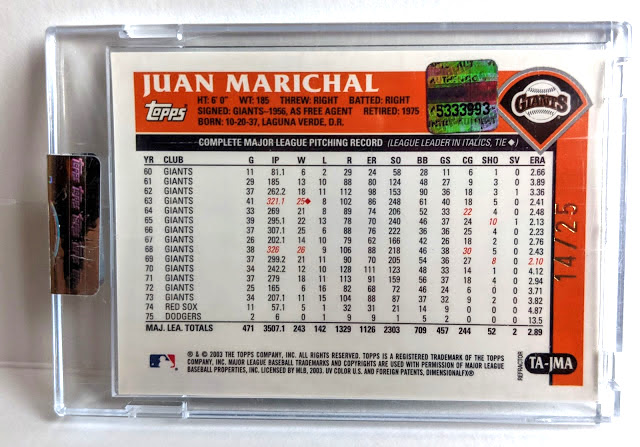 It was less than a year ago that I landed the '05 Retired Marichal refractor auto, and he didn't get an auto in the '04 set, so that means it's a Retired wrap on the Dominican Dandy for me. 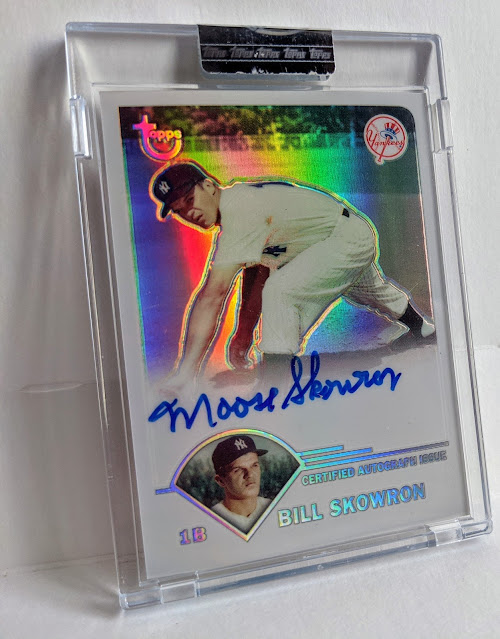 Same with Moose Skowron here-- I already owned his '05 Retired refractor, and he didn't get an auto in '04, so this sweet '03 refractor takes his name off my Retired needs. 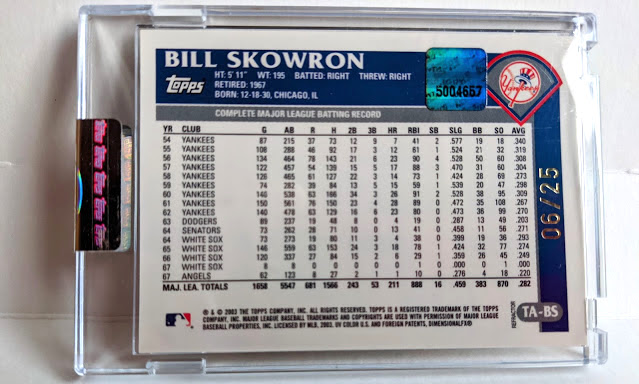 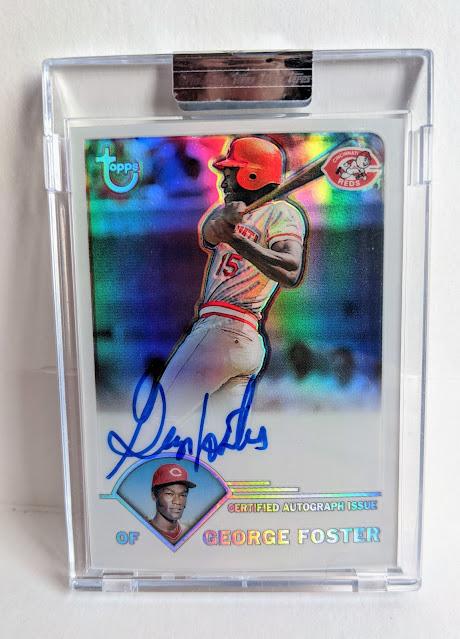 Last one for today is George Foster taking a big cut at the plate. This is also the last Retired card I needed of his-- I've already got his '04 refractor and he doesn't have an auto in the '05 set. 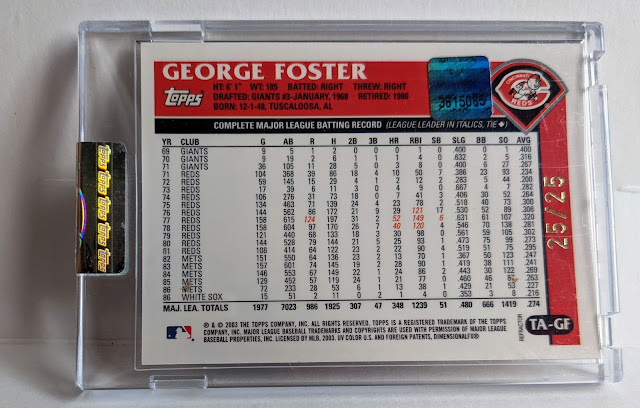 The base version of this card is one of the more-plentiful autos in the set, but the refractor pops up much less frequently. This one had been loitering on eBay for a while a little overpriced, but I finally pulled the trigger during the same celebratory shopping spree as the similar Tom Seaver I showed off a few posts back. 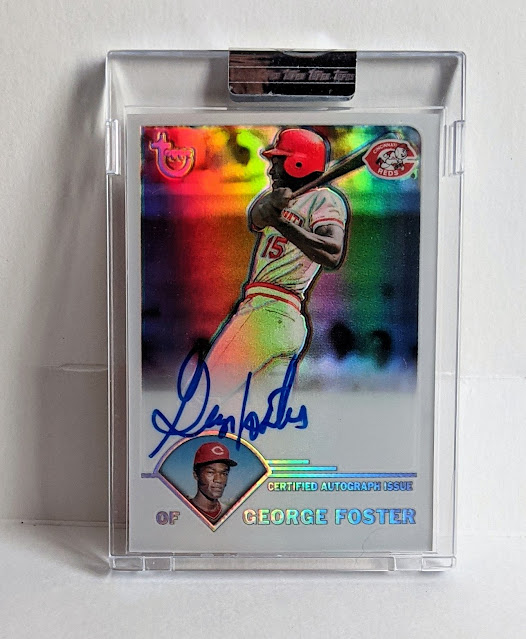 Dig this photo of a redder look at the shining George Foster.
Now about The Shining... 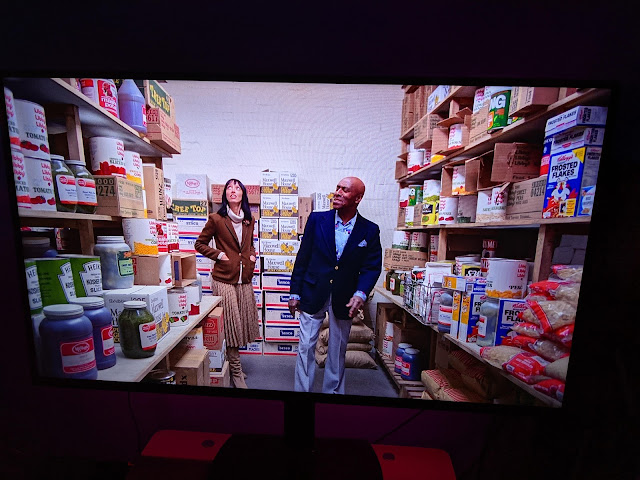 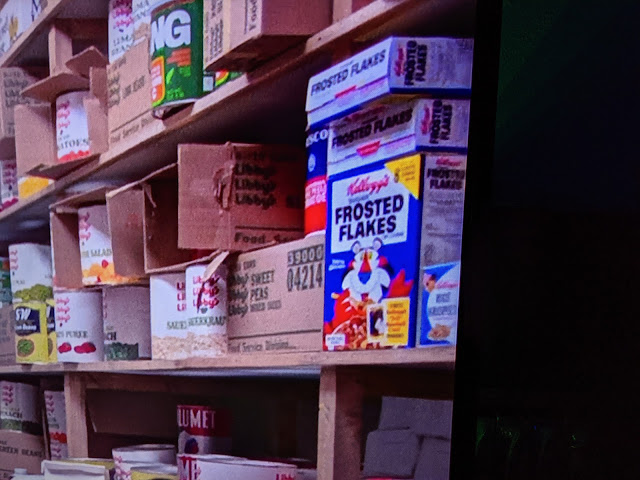 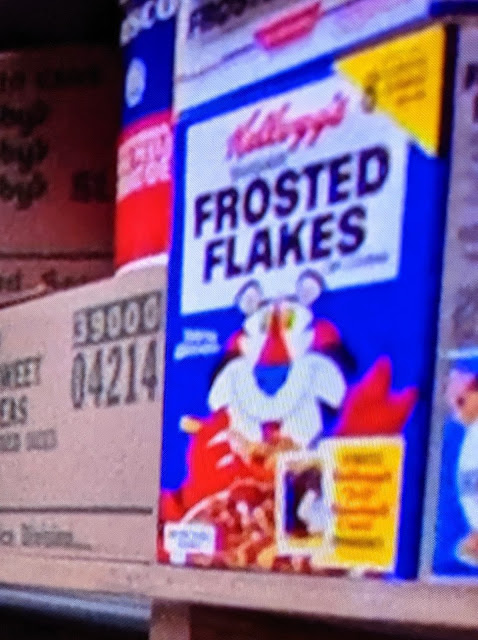 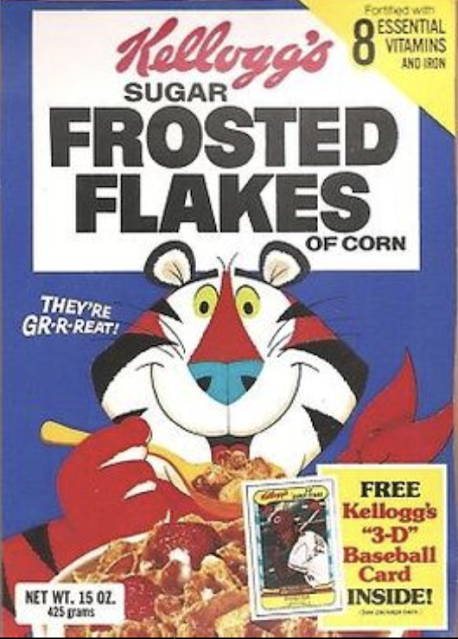 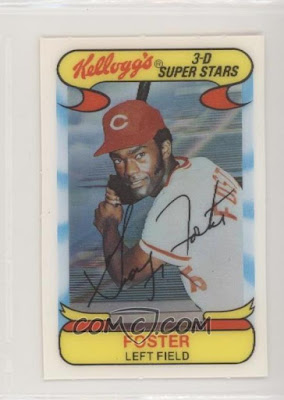 Fuji was the first to correctly identify the card in question as 1978 Kellogg's 3-D Super Stars #10 George Foster.

In his own words:

Haven't watched The Shining in awhile. I put it on right before class and between periods (on HBO Max) and saw the Frosted Flakes box in the pantry. It was hard to see from my laptop, so I played in on my television and knew it was a Kellogg's card. From there... I went over to COMC and looked at anything similar and the 78K Foster was the only card that resembled the card on the cereal box. I had a lot of fun solving that mystery.

For his effort, he's getting a Warren Spahn auto as his selected prize from what other product than of course 2003 Topps Retired, LOL, tying the post together nicely.

Thanks for reading and have a great weekend, everybody.