We Didn't Start The Fire project is still burning

Time for a "We Didn't Start The Fire" binder update. To refresh your memory on this project, I'm trying to find a trading card for each subject mentioned in this classic Billy Joel song.

The goal is to get as many real cards as possible, but I'm resigned to the fact that I'll have to resort to making customs for several entries. Just to name a couple, I'm pretty confident there are no cards commemorating "Starkweather Homicide" or "Children of Thalidomide". And I've just made the first such custom for inclusion.. and I went big and made it an authentic cut signature! 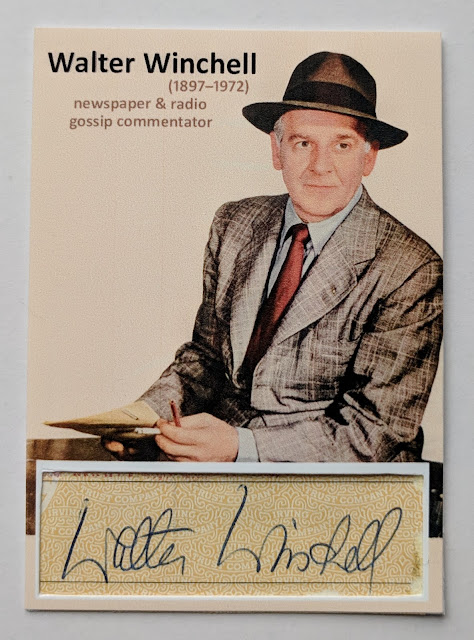 Yes, Walter Winchell doesn't seem to have any standard-sized cards (he does have a couple oversized info cards, and some thick slabbed Leaf cut-autos, but those are no good for my project, as I'm limited to what will fit in a standard 9-pocket page seeing as this is a true binder project). Walter Winchell was an aggressive radio and newspaper journalist credited with inventing the gossip column.

For the source signature, I ended up winning a lot of 4 checks of his from July 1965 for a real good price. 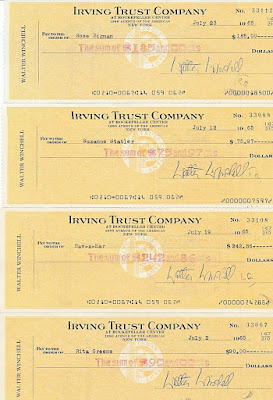 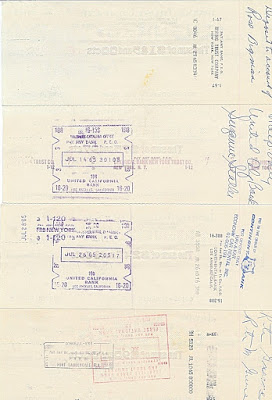 Gotta believe these are legit because that sure would be a lot of effort and detail for a forgery that isn't worth much. (I only needed the one, so if anyone is looking for a Walter Winchell autograph, I've got three extra checks available for trade.)

Not only is it the first custom in the binder (not counting the "title card" I whipped up), but also the first autograph of an actual subject (Can't quite count the Johnny Ray auto for the Johnnie Ray spot, the only other auto currently in the binder.)


My Black Friday Weekend COMC order was loaded up with several cards for this project, with 30+ additions/upgrades. I even worked in some pre-war tobacco cards, the oldest being 1910 Types of Nations - T113 Afghanistan. I also recently picked up a complete set of 2011 Topps American Pie for cheap(ish) and raided it for several more additions. Let's crank up the song and check out the current state of the binder. 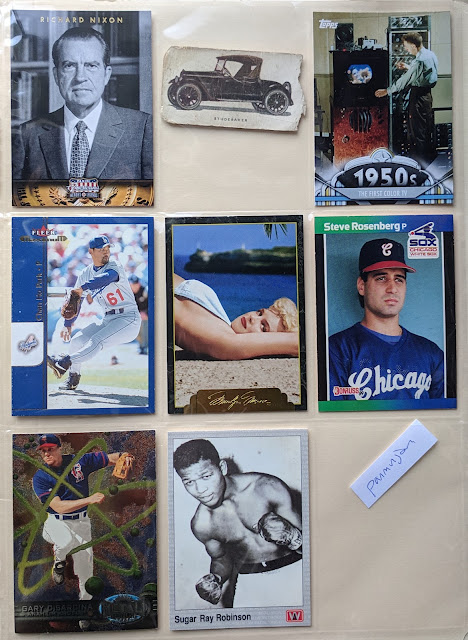 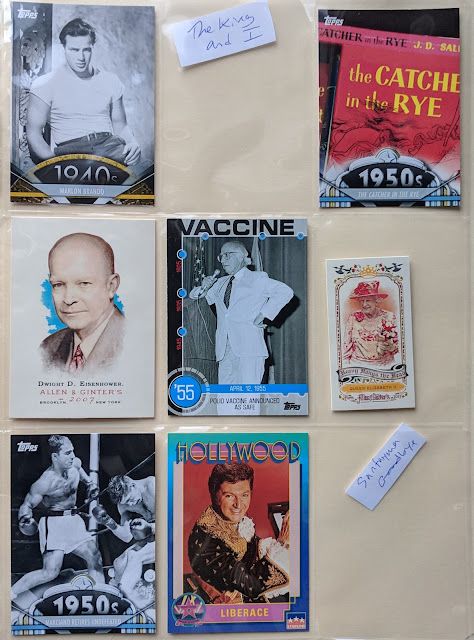 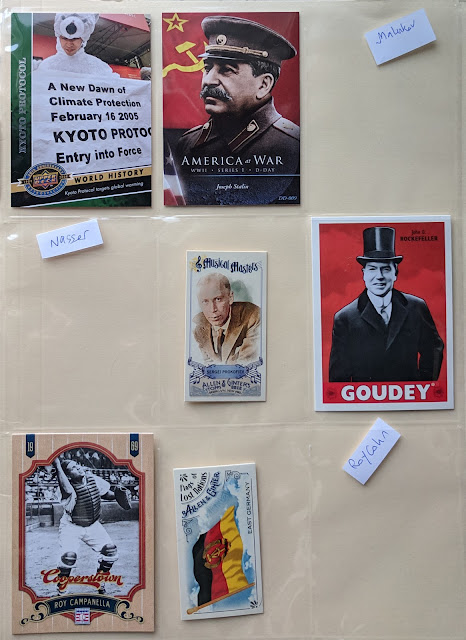 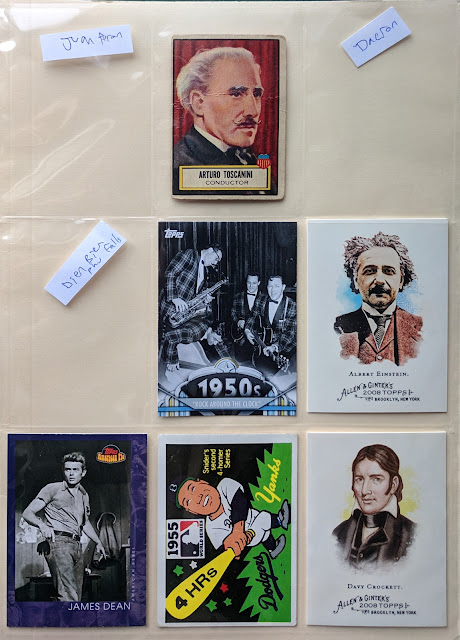 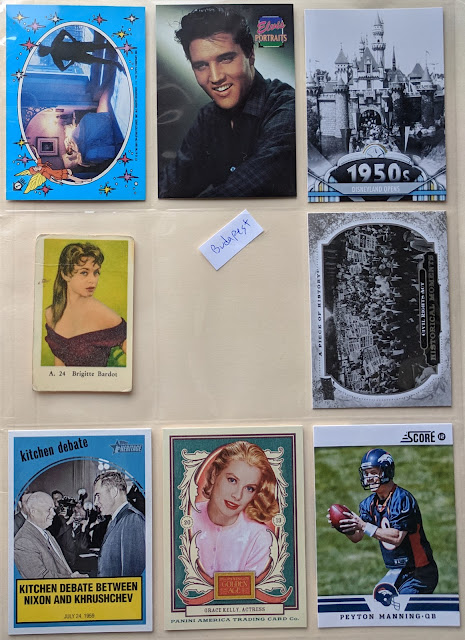 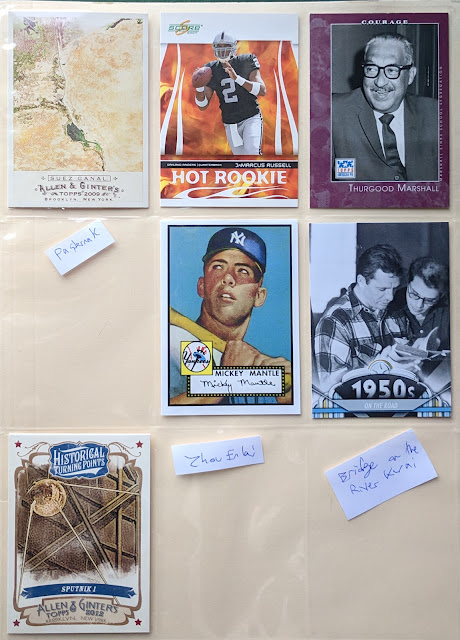 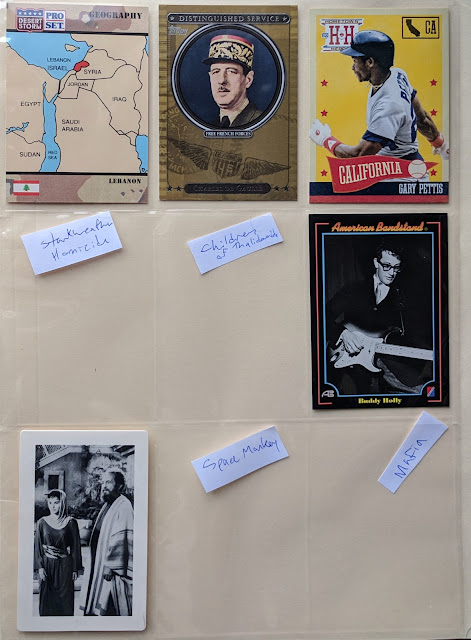 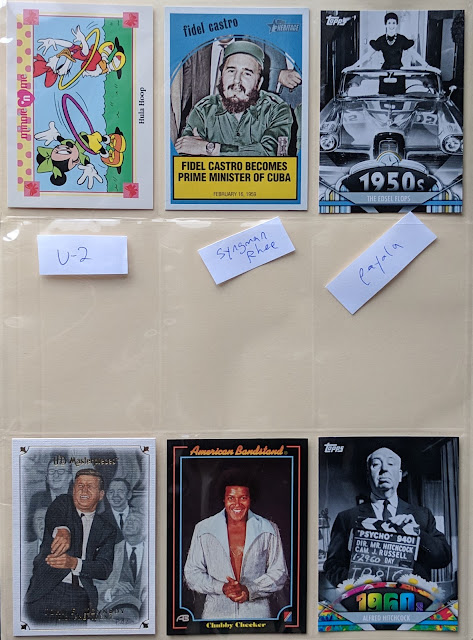 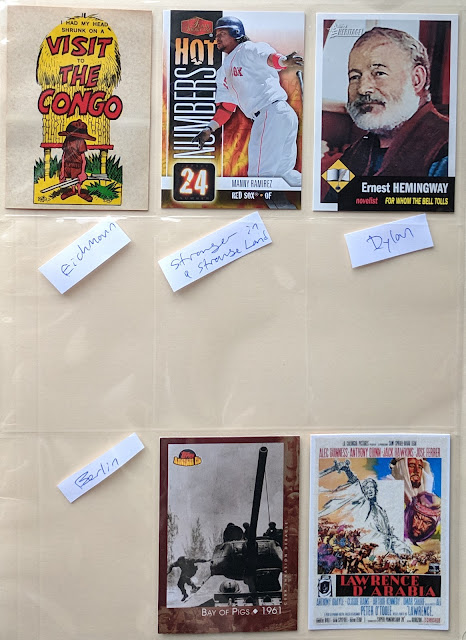 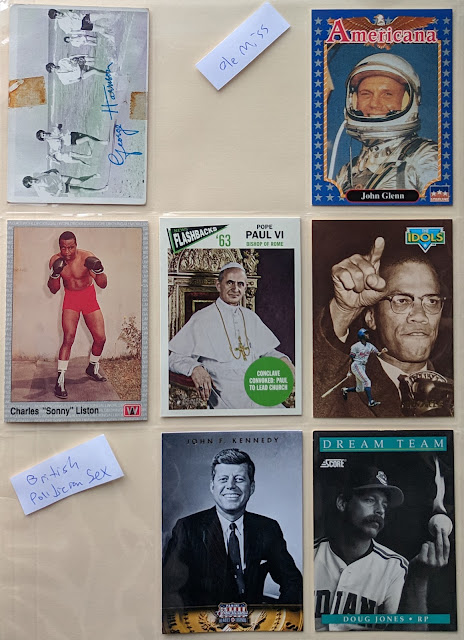 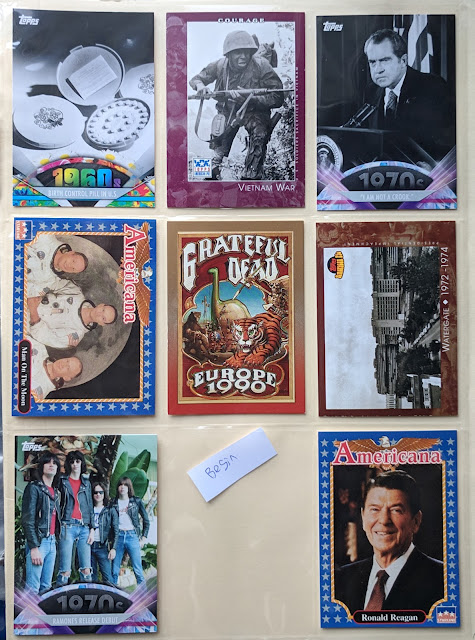 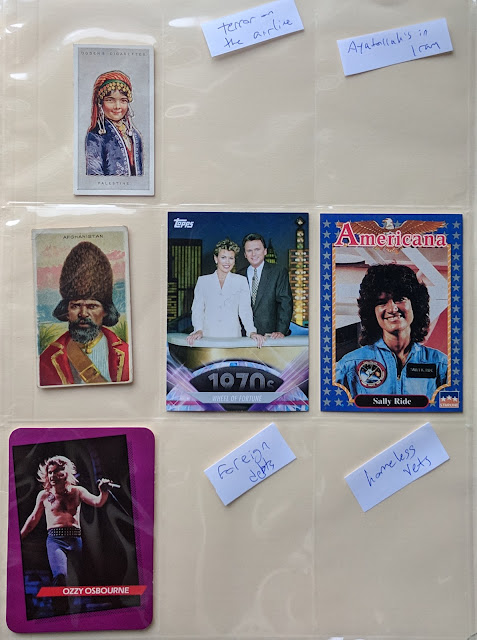 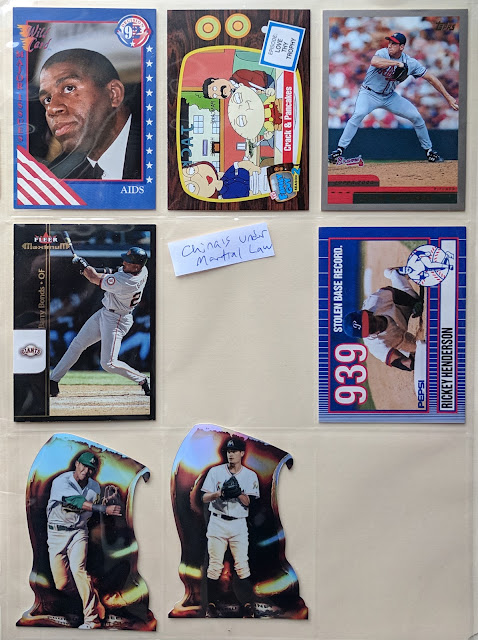 I'm now over halfway done with this project! Looks like just 34 empty slots (out of ~120), plus a few subjects that I'd like to "upgrade" to more relevant cards. Ideally, each card would have the text of the lyric on the front, but I'm flexible there. I know I've got a few "stretching" cards in there as placeholders.. and while they're fun sometimes, I'd rather play it straight when possible.

No complete pages yet, though a few are only missing 1 or 2 cards. Most of the empty slots left are things that don't have cards, but there are still a few that you'd think would have plenty of available options out there-- Where are the Bob Dylan cards?-- and probably by the next update post to this project I'll have gotten around to making a few customs to fill in some blanks.

My spreadsheet for this project is here with more info on these cards and what I'm still needing. Thanks.
Posted by defgav at 4:00 PM