Angus of Dawg Day Cards dropped a heck of a card package on me. The heft of the package was a box of about 400 cards from 1979 Topps-- some good names, too-- taking me from around 30% complete all the way up to over 87% complete! Ninety-two cards left to go.

These '79s were a complete surprise. What I had expected from Angus were some of his spare Cleveland Browns cards... 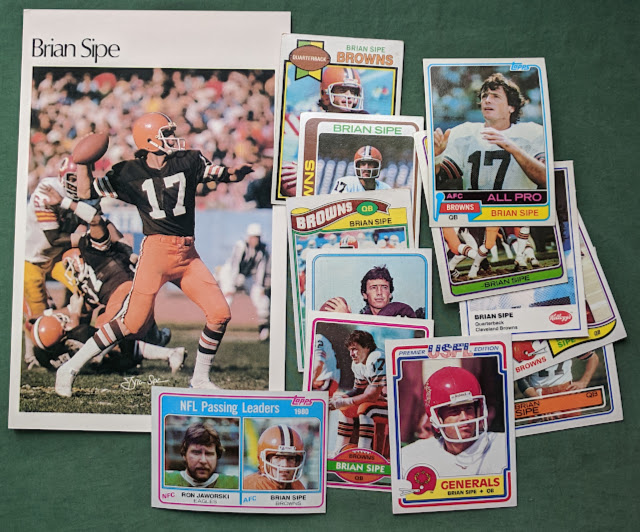 I've been wanting to start a PC of hometown boy Brian Sipe for a while but had zero of his cards before this lot. I just learned that El Cajon won the Little League World Series in 1961 with a team featuring Brian. That's pretty cool. He then attended Grossmont High School, a district rival of mine, before attending my alma mater, San Diego State University. He went onto a solid NFL career with the Browns highlighted by being named MVP in 1980.

And Sipe isn't the only former Brown with ties to my hometown... 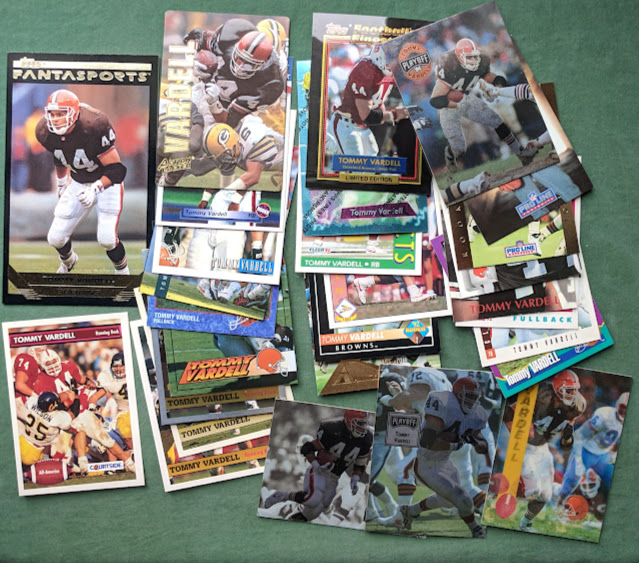 Touchdown Tommy Vardell is among the greatest athletes to have attended Granite Hills High School. He went onto become the star running back for Stanford before entering the NFL with Cleveland in 1992. Lots of great cards here... and here: 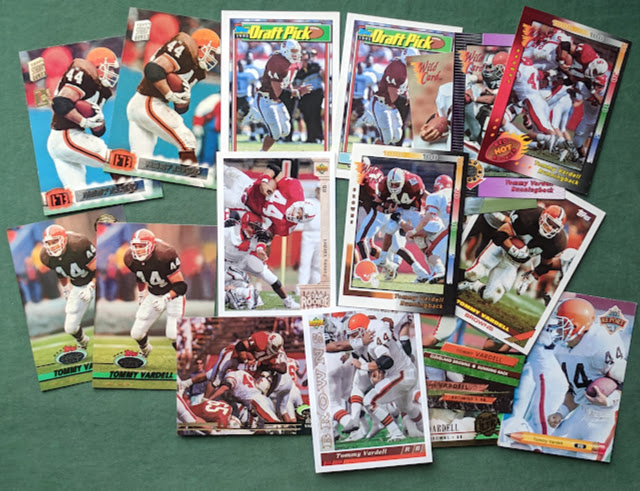 Seeing as I tend to focus on baseball Guys From Granite, I only had 9 or 10 Tommy Vardell cards before this generous lot from Angus more than tripled the PC! 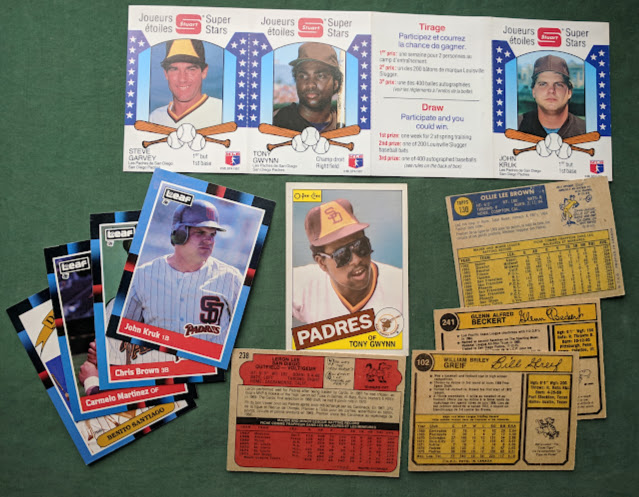 He also sent along a bunch of Canadian Padres cards. 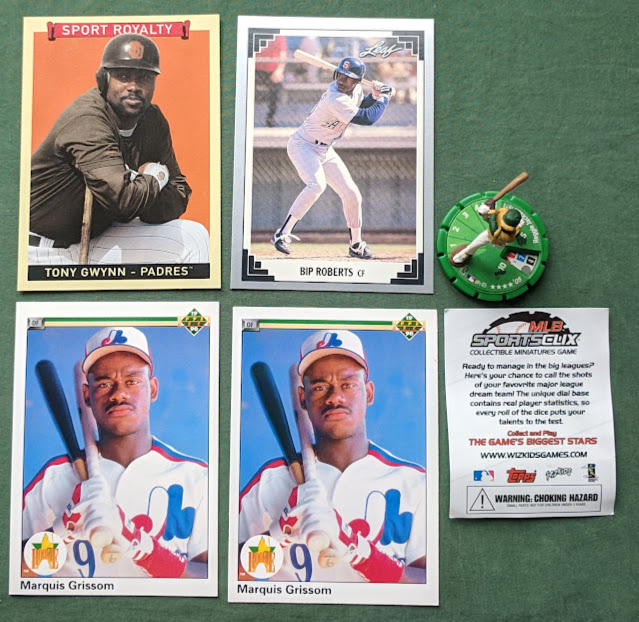 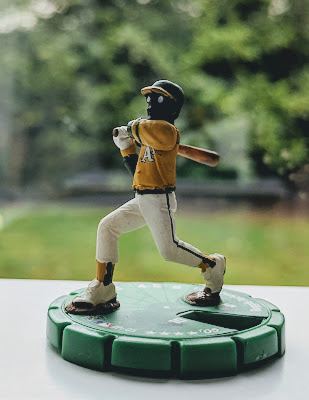 Here's a closer look at Reggie. He arrived broken off the base, but a little glue fixed him right up. And for my Greatest Gavins minicollection, an OPC hockey card. 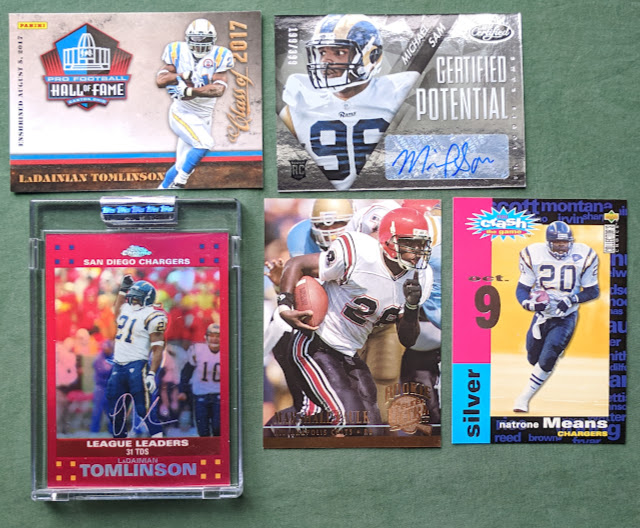 And we close out with a few more football cards highlighted by a sweet LaDainian Tomlinson red refractor. Also a Michael Sam auto and Marshall Faulk rookie.

Thanks a lot, Angus! I've got a couple Browns hits set aside for you and will keep an eye out for more at the next card show.


I woke up with a tiny bit of a sniffle, and didn't have much on my plate at work today, so called in sick. 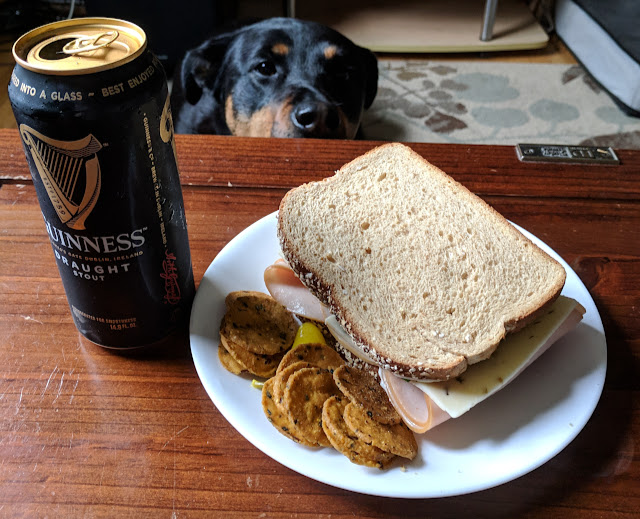 I successfully made it through another Dry January (no booze all month), and celebrated with a beer at lunch today.

I was a day late in celebrating Jackie Robinson's 100th birthday, but whipped up a nifty gif card today. I think this is one of my best, if I say so myself!

This helped me hit 1400 followers on Twitter today, which is pretty crazy.


Thanks for reading and have a great weekend.
Posted by defgav at 3:50 PM