Last Friday a bit after 11pm I was like, "Oh snap! I forgot to do a 'Refractor Fridays' post!" Oops.

So this week, here's a double dose of refraction to help make up for it. 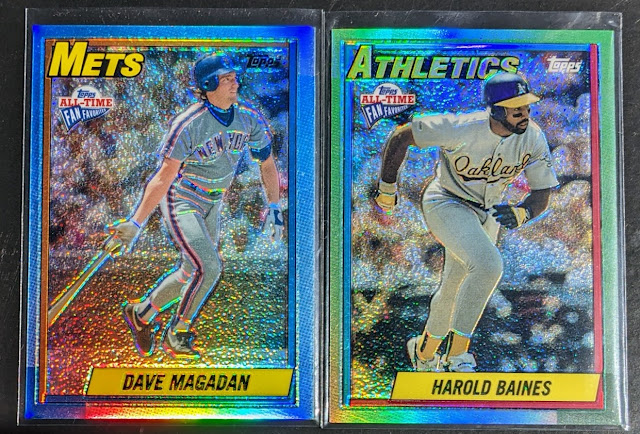 Collectors love to talk shit about 1990 Topps, but what if Topps was so frightened by Upper Deck stealing the spotlight in '89 that they took extreme measures and did 100% refractors for their flagship set the next year? Sure, in reality the tech/industry wasn't quite there and even so it would be cost-prohibitive for flagship, but it's a fun game-changing scenario to think about.
Breaking News: Tatis Jr suspended 80 games. Shit. Welp, guess I'm glad I didn't go "all in" on chasing his cards. As a lifelong Padres fan, this is pretty much expected. But still a huge bummer.
..but back to our post at hand. 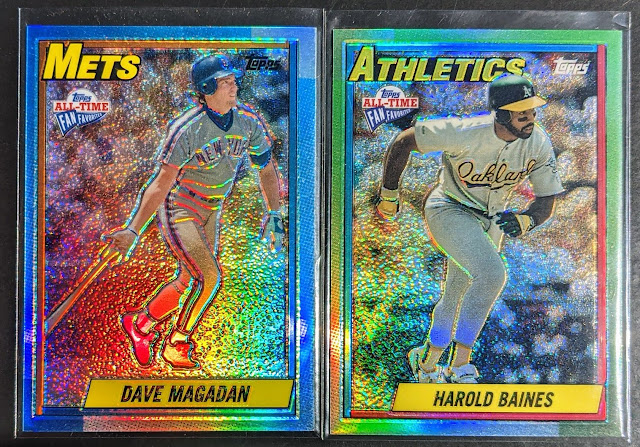 Alternate refraction photo. Looks like Dave's getting a hot-foot in this one. 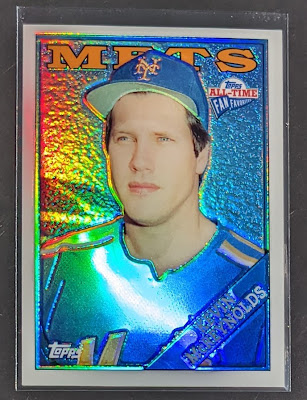 I just realized that Topps typically leaves the players' skin non-refractory, at least in All-Time-Fan-Favorites. I don't exactly understand how refractors are made, but there are layers of ink and I guess the refractor layer can have ink behind it or in front of it. 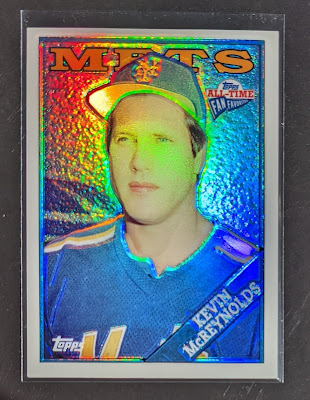 Can still get it refractin' on the skin if angled just right, with the bright light getting thru the ink, but not as much as on the rest of the card.

Jafronius won the last one. Congrats! Cards were mailed today (sorry for the delay). Today's question isn't guess the number but rather guess the player. Be the first in the comments to guess which Mets player was my favorite in 1990 and you can win a PWE from me.

Thanks for reading and have an enjoyable weekend.

Night Owl Cards is having a vintage theme week, so figured I'd sorta ride his coattails and make an overdue post in my Vintage Frankenset series.

Looks like I posted Page 1 in 2020, and followed that up with Page 2 in 2021. Oh nice, that means I'll hit my quota for 2022 with Page 3 here! (Yes, I regret I missed doing a "refractor friday" post last week-- I have also missed my once-per-month quota on the 1991 MusiCards Blog two months in a row now, another source of shame for me-- so I have to find my blogging victories wherever I can.) 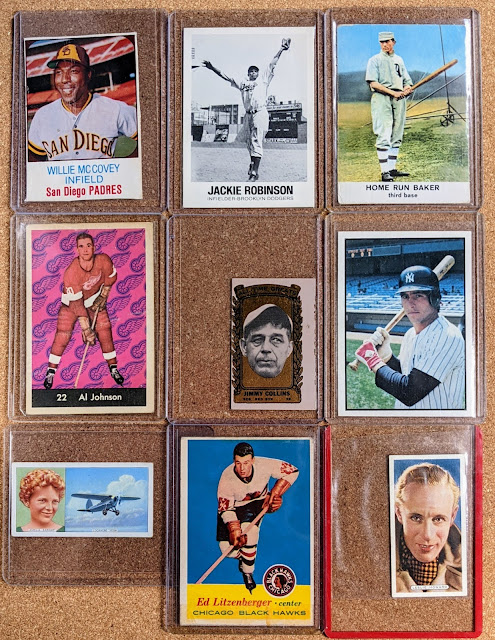 Page 3 (yeah, it's not really a page) features card numbers 19 through 27. To recap the rules for this project: cards must be made prior to 1981, can't be flagship Topps baseball, and must fit in a standard sized top loader. 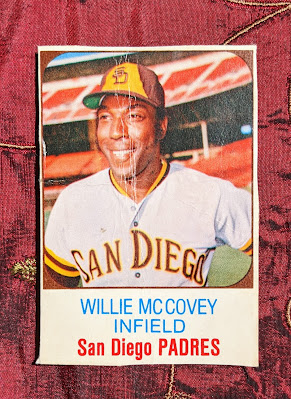 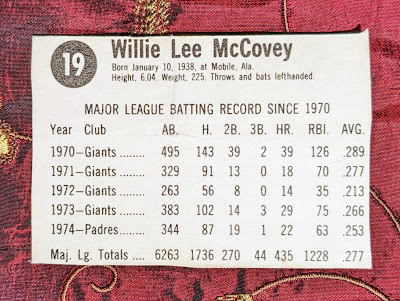 Always love to see Stretch as a Padre. I have a better condition copy of this card in my McCovey PC, but this creased dupe works fine in the frankenset. I briefly considered trying to go after completing all the old Hostess sets, this after making a similar goal with old Kellogg's baseball cards-- talk about stretch goals (pun)-- but then decided to go easy on myself and just scatter a few Hostess cards in the frankenset. 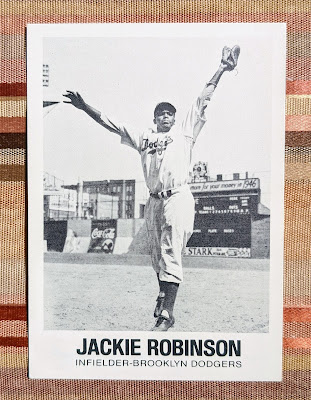 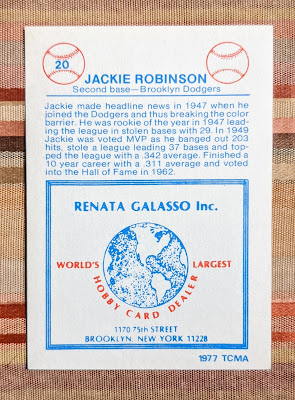 I have a few Renata Galasso cards in my collection, though this Jackie is the only one in the frankenset so far. 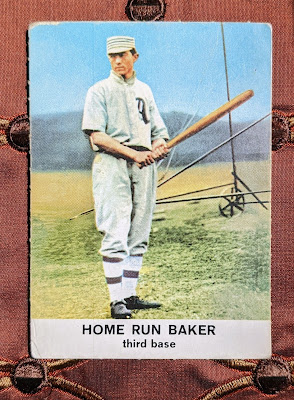 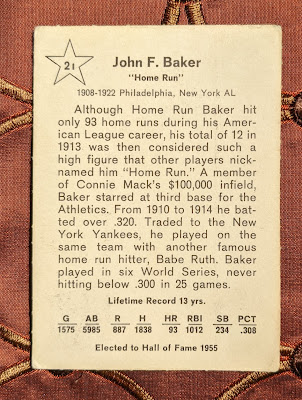 Glad I could fit a 1961 Golden Press card into the project. Pretty sure this was a cheap card show pick-up a few years back. 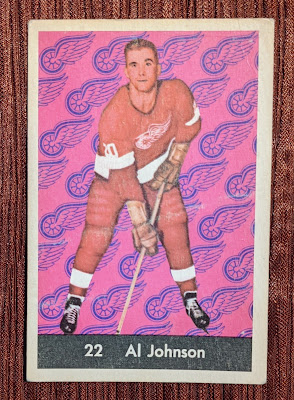 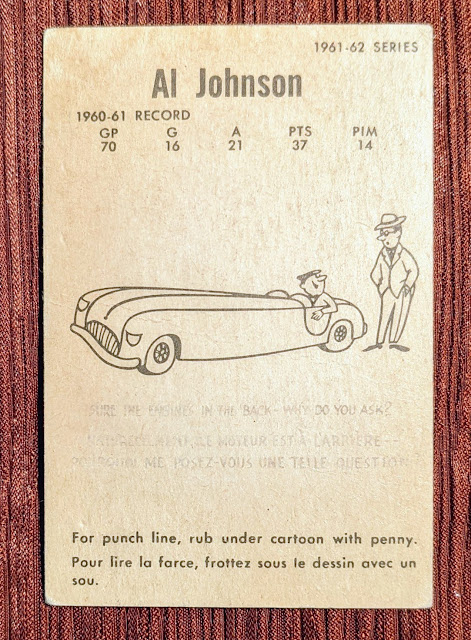 This was a Sportlots buy specifically for the frankenset. I basically just wanted an excuse to snag an old Parkhurst hockey card. Al Johnson played in all 70 of the Red Wing's games during the '60-'61 season, but that was the majority of his NHL career. The caption for the comic reads "Sure the engine's in the back - Why do you ask?" and then again in French. 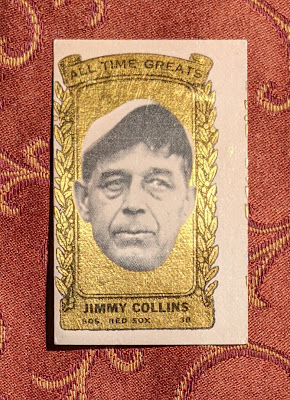 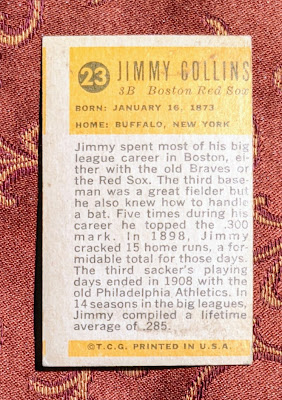 Another old-timey baseball player, got this Bazooka card in a 2019 COMC order. Oh hey, have you been enjoying the backgrounds on my photos here? I found a couple fabric sample binders recently and thought I might use them to spice up card images on the blog for a post like this. 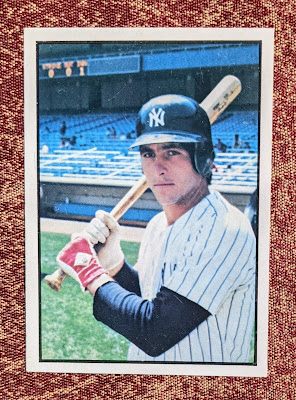 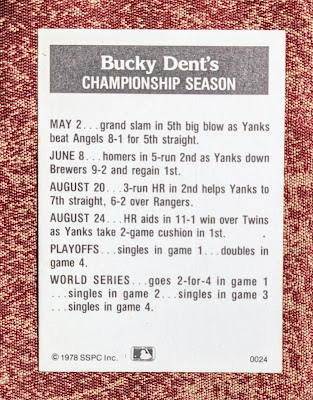 The back recaps his 1977 season, though of course it was Bucky's performance in late '78 that ended up being his legacy. Funny that the front shows him choking up and even the scoreboard seems to be saying he's an easy out. 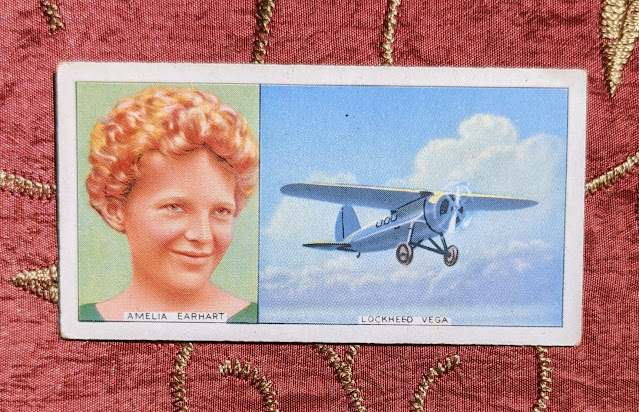 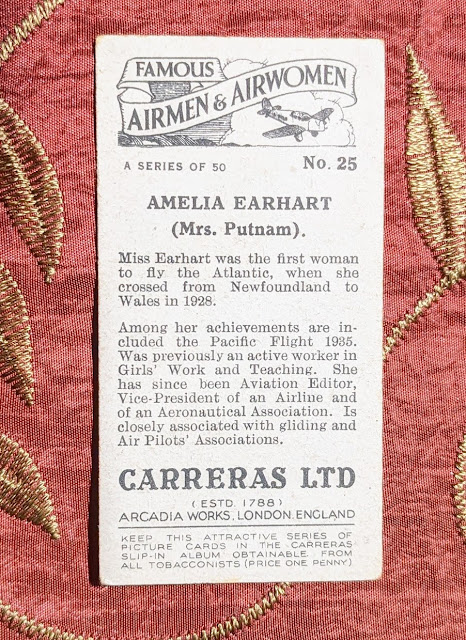 Scored this neat Amelia Earhart mini a few years ago after going on a tangent while looking for Howard Hughes stuff. Cool to have a card from her "playing days" and glad I could find a home for it providing some pop for the third page in the frankenset. 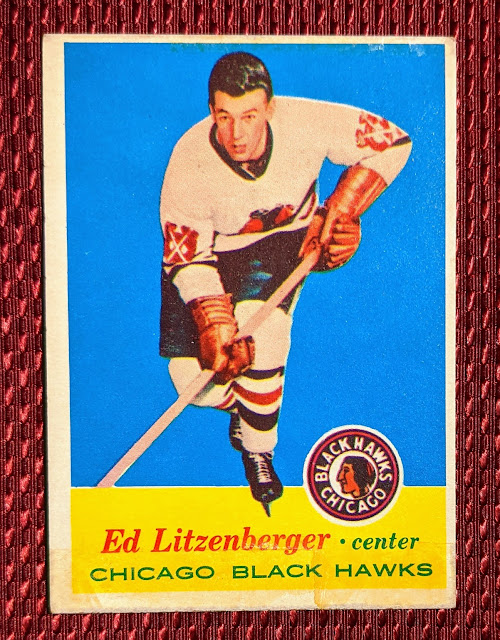 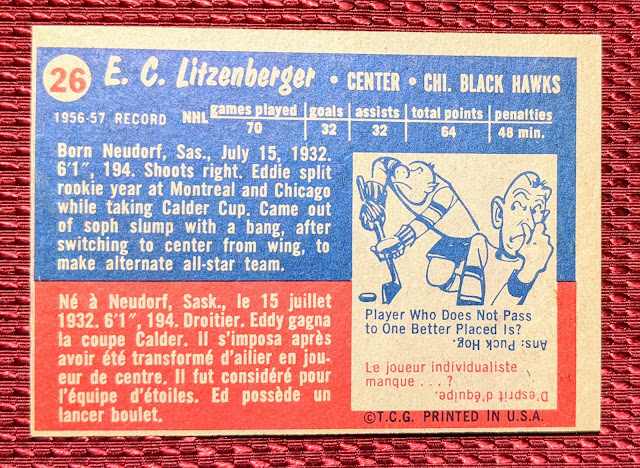 Like with the earlier hockey card, I was just looking for some variety for the frankenset and found an old Topps hockey card to fill an open slot. Love working in non-baseball Topps designs that I'm not very familiar with and otherwise wouldn't really have a place in my collection. While not a name that rings a bell for me (I don't really know hockey), Wikipedia tells me Litzenberger is the only player in North American hockey history to win six straight pro hockey championships (Stanley Cup in 1961, 1962, 1963 and 1964, and the Calder Cup in 1965 and 1966). Impressive! Also: "He helped instill a winning attitude as a member of the Black Hawks after having been traded from a first-place to a last-place team after noting a defeatist attitude among the players. Some of his teammates were satisfied with a tie. He reminded them that a tie was not a win and not worth celebrating."
That reminds me.. Anybody watch the Shoresy show on Hulu? Really funny hockey-themed show (spun-off from another very funny Canadian show called Letterkenny). 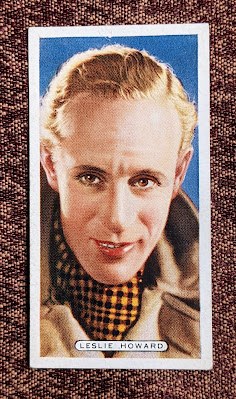 The third mini of the page closes us out for today. I'm drafting up this post wondering why this guy looks so familiar... Oh, of course! He played Ashley Wilkes in Gone with the Wind (1939), which I recently watched for the second time in my life. That's cool. I don't watch a ton of old movies, but try to catch a classic from time to time.
Recap 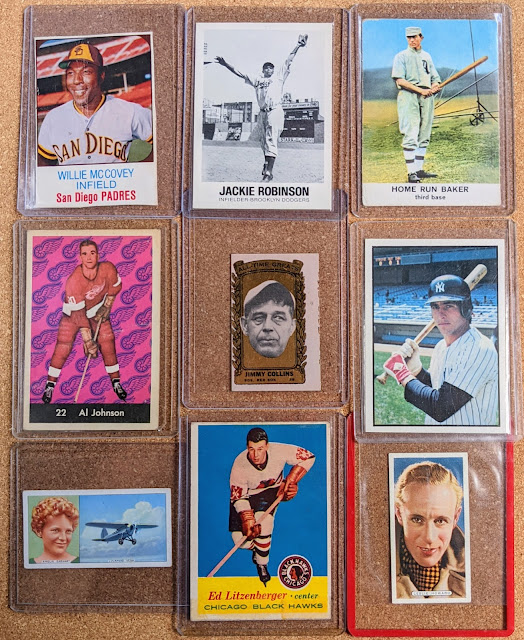 It's a solid page overall, though maybe a little too baseball-heavy. I might try swapping somebody out for a football or basketball card someday.

Current priority for this frankenset is finding suitable cards numbered 29, 30, and 34, as those are still vacancies on the fourth page. But hey, guess I don't have to worry about posting that page until 2023, so no rush, right?! lol. Anyways, I hope you enjoyed checking out a few random old cards with me.