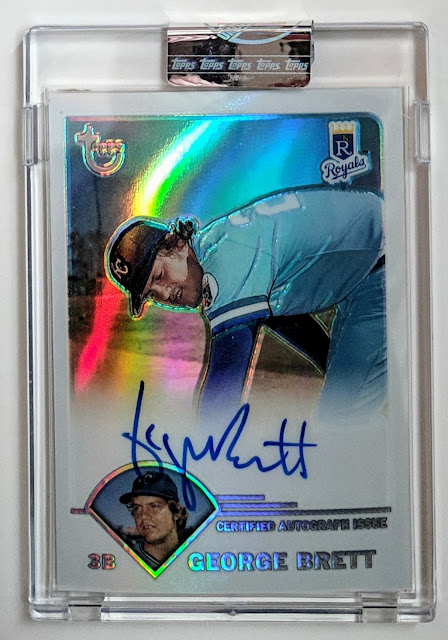 I'm really happy with this 2003 Topps Retired refractor auto of George Brett I picked up with some leftover bonus money. Seems Brett doesn't sign much, and when he does, it's usually for Panini. 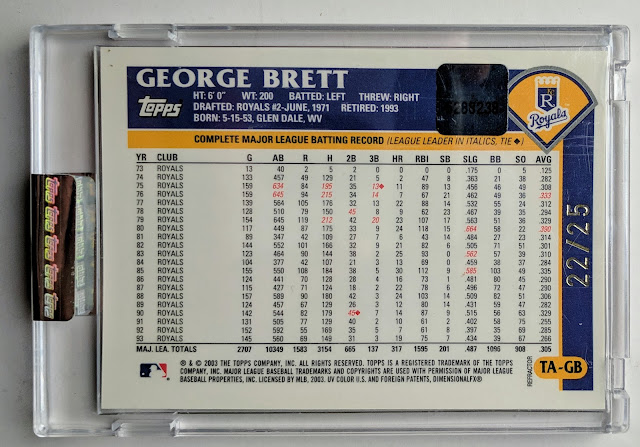 I noticed an error on the back right away since a favorite George Brett tidbit is that he won a batting title in 3 different decades. As you can see, only twice here is his batting average in italicized red text.. Topps forgot about his league-leading .329 in 1990, narrowly beating out Rickey Henderson (.325) for the crown. 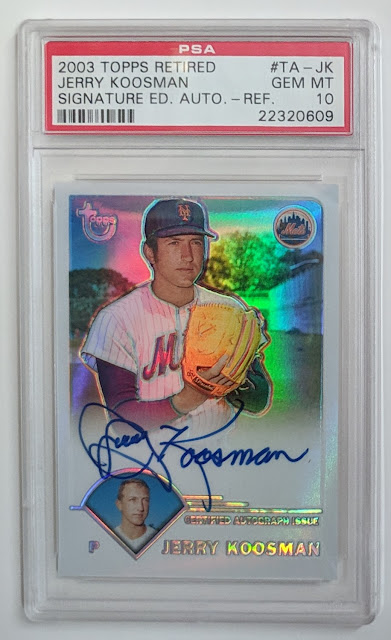 I also snagged a Jerry Koosman from the same set. I prefer these cards to be in their original cases, but over the years I've softened on my stance. A few years ago, I would have busted this card out of the PSA case, but nowadays I'm ok with a slabbed gem mint 10. 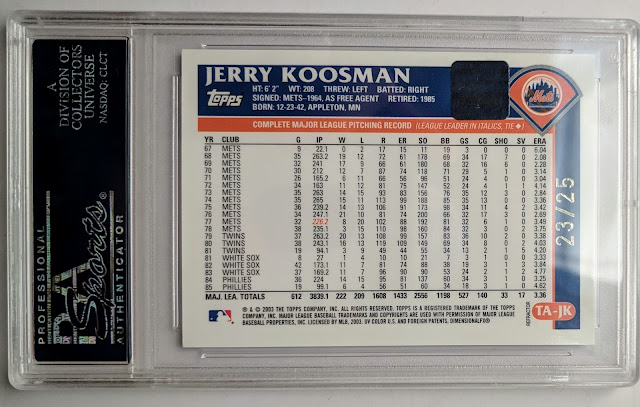 I never realized before how much Topps botched the league leading stats on the backs of these cards. Only one red number here: 226.2 innings pitched in 1977. One problem, though.. that wasn't even in the top 10 that year! Phil Niekro lead the NL with a whopping 330.1 innings. In fact the only numbers that should be red here are his 20 losses in 1977 and 13 losses in 1981 (combined between two teams). But among stats not listed here, he led the NL in Strikeouts per 9 IP in 1977, the AL in WAR for Pitchers in 1979, AL in Fielding Independent Pitching in 1982.

I think Koosman is best remembered as a key member of the Miracle Mets of '69. 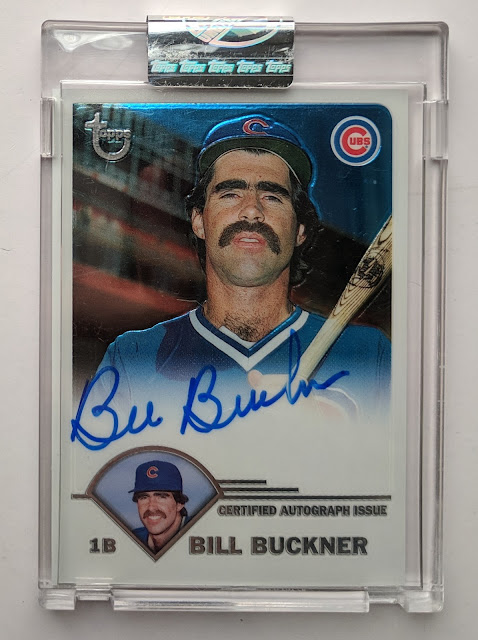 I also ended up winning a Bill Buckner auto from this set, though this one is a base auto, not refractor. I don't see this one pop up very often, so when it showed up with a low opening bid, I took a run at it. You gotta admire the mustache/eyebrow situation. 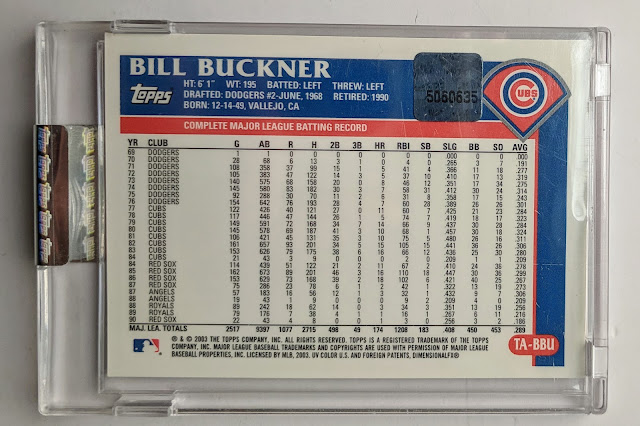 I've now got 46 of the 120 autos in 2003 Topps Retired. I occasionally get emails from guys also working on this set. Seems like it's the most beloved of the three Topps Retired offerings (though my heart belongs to 2004), and so these cards can be tricky once you get past the couple most plentiful groups of autos.

That's it for today. Thanks for stopping by.
Posted by defgav at 5:13 PM