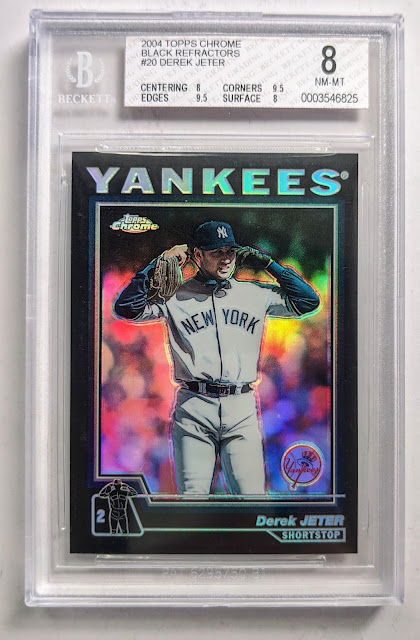 Derek Jeter is a big name to cross off my 2004 Chrome Black setbuild. This one happens to be graded. Dings here are centering and surface. Centering is fine on the front (a little off on the back) and while I don't see any problems with the surface, I get it. In fact I also won a Mariano Rivera from this set (ungraded) just a day or so later, but it had a deep scratch on it so I returned it. 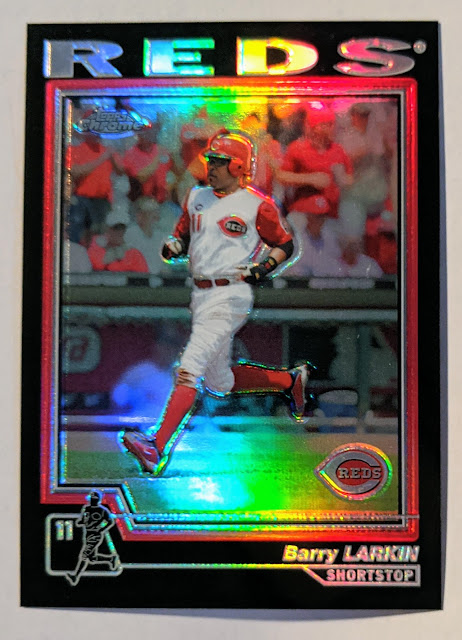 But here's another Hall of Fame shortstop in Barry Larkin. Weird for me to see him in what I think of as a "modern set", but yep his last year on the field was 2004. 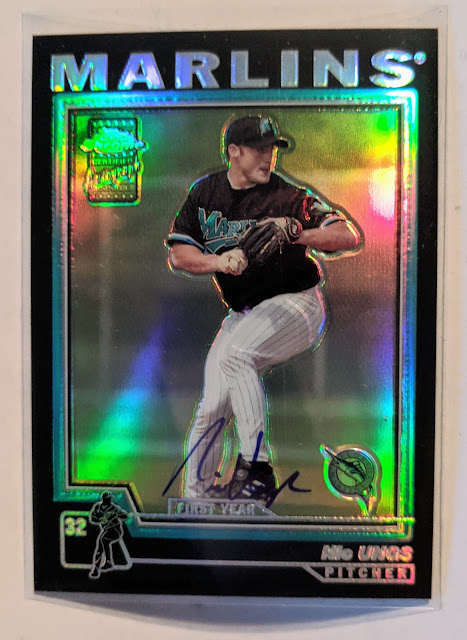 And a rookie auto I needed (thanks to rookie autographs [/25] being included in the black parallel set). I guess technically Nic Ungs is also a Hall of Famer, being inducted into the Northern Iowa Athletics Hall of Fame in 2015. He never made the bigs, but had a solid professional career, 2001-2011, putting up an 84-69 record with a 3.79 ERA. 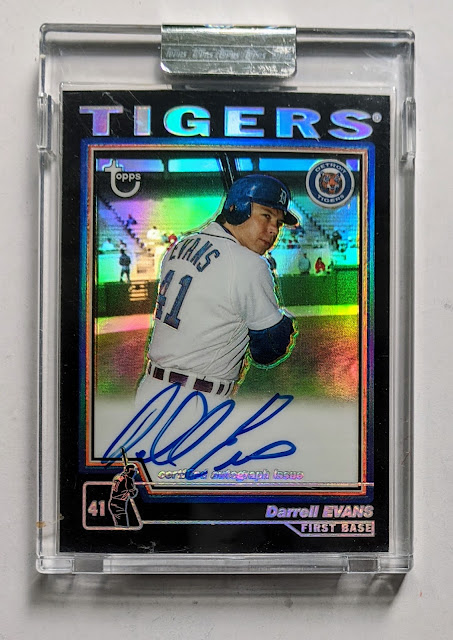 2004 Topps Retired Darrell Evans refractor auto! I already had this one in my setbuild, but it popped up with a solid Buy-It-Now and I jumped on it. Hey, he's a guy I collect, so I'm cool with it being the new crown jewel in my little Darrell Evans PC (while still having another copy in my 2004 Retired auto set). When he eventually gets into the Hall of Fame, his cards will all go up. 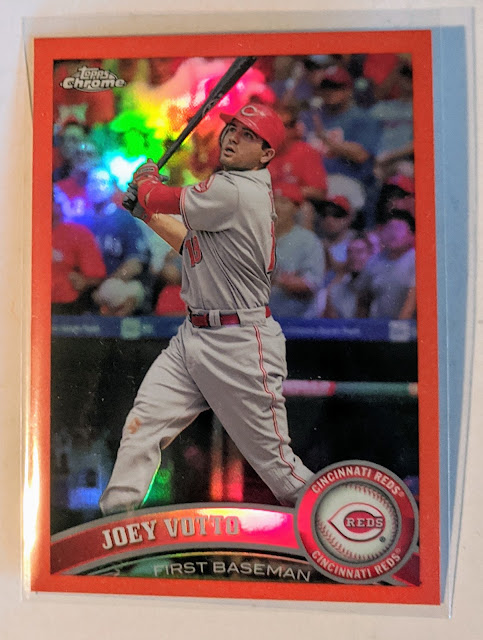 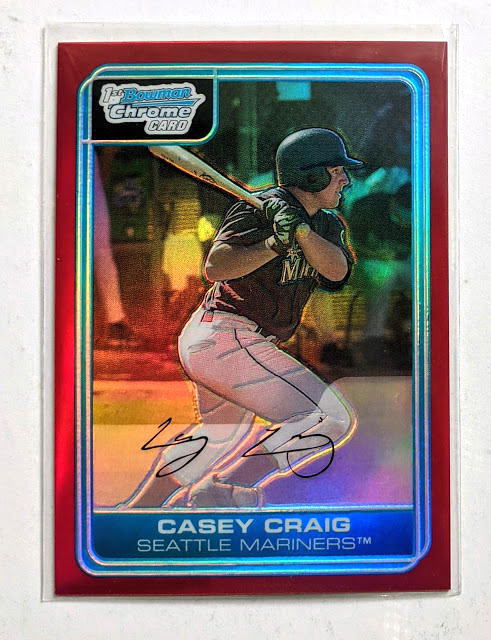 Here's a red one! As most folks who've gone after a Chrome rainbow can tell you, those /5 red parallels can be real doozies. So I was excited to see this one pop up of Casey Craig with a low opening bid. A guy who went to my high school, he hit .285 for his minor league career, but topped out at AA. Still though, very happy to add this to the Guys From Granite collection. I wonder if the superfractor will ever pop up for sale (again?).. If so, I'd probably try to snag it.

Ok, that's enough refraction for today. Thanks for reading!
Posted by defgav at 5:03 PM