I was happy to see Allen & Ginter include a glow-in-the-dark offering for the 3rd time in the past 4 years with 2020's Where Monsters Live. It's a 10-card mini insert set featuring locations where one might expect to find a monster hiding. I hear it's the easiest such insert to pull in Ginter this year. That's good news for me, since if they were case hits or something, it would be costly to put the set together. But as it is, they sell for a buck or two each and I scored the complete set from an eBay seller for about $15 (could've found a better price if I had a little patience, but I had to snatch up a set on release day).
I tweeted the above gif of the set in action a few days ago and got a big response. As you can see, some cards look better than others in the dark. "A Cave", "The Closet", and "A Sewer Drain" feature tiny eyes that are supposed to glow, but they're too small to really be visible, whether in hand or in photos. But you can tell by the texture that they're supposed to glow. Maybe a logistics misstep by Topps.

I think my favorite of the 10 is Under The Stairs. I didn't even notice the creepy guy back there until I saw the card in the dark. I love when glow in the dark stuff has a surprise like that! Helps the card come alive.

I finally got some 3-ring pages for minis to add them to my glow-in-the-dark binder. They fit 15 minis to a page, so I'm thinking I might like to eventually add 5 dupes so I can complete a page. So yeah, if you end up with any Where Monsters Live cards you don't want, feel free to send them my way.

I've also picked up a few more of the previous glowing Ginter set, the glow-in-the-dark parallels of the base set in 2018. These parallels were case hits, and generally are tough to find for less that double-digits a pop, so I don't have a ton of them, but have been looking out for deals on players I like. 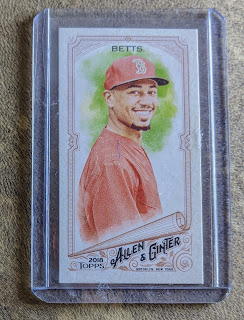 I got Mookie Betts for about $15, which I thought was a pretty good deal for a marquee player. The cards aren't serial-numbered, but the print run was likely less than 20, so they're reasonably scarce. 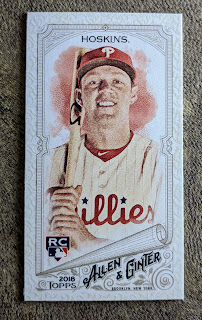 I was stoked to score this Rhys Hoskins RC the other day. He just had Tommy John surgery on his non-throwing arm. I hope he's back to mashing next season. 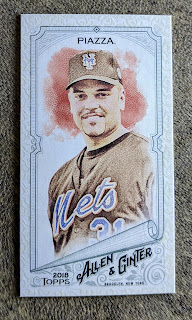 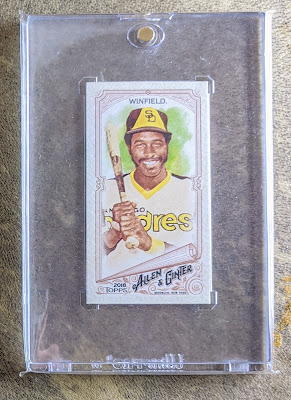 Big Dave Winfield rocking the brown and gold! [insert a sheepish "Go Padres" here.] This one came with a mini one-touch.. fancy. 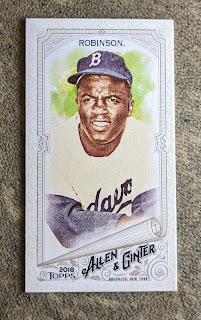 And here's probably my best Jackie Robinson card now (one of these days I'll pony up for a vintage Jackie, but haven't yet).
Not pictured, but I've also got Jose Abreu on the way.
My plan was to collect 15 of these glowing parallels so that I could have a complete page. But now, thinking about it, I'm a little over-protective of them since they're not cheap. As a box guy, I'm distrustful of pages. I already learned the hard way that you shouldn't push the mini cards all the way down in the narrow pocket or you probably won't be able to pull it back out without putting some strain on the card, likely dinging some corners and bending the top a bit. I might feel better keeping them safe in their top-loaders and one-touches for now. I think I'll still have a goal to collect 15 of these then stop worrying about them, as I don't want to commit the time and money trying to chase the entire 350-card set. But I can feel good about a 15-card sampler of guys I collect and other random ones that I pulled the trigger on. I'm currently up to 12 or 13, so almost there. 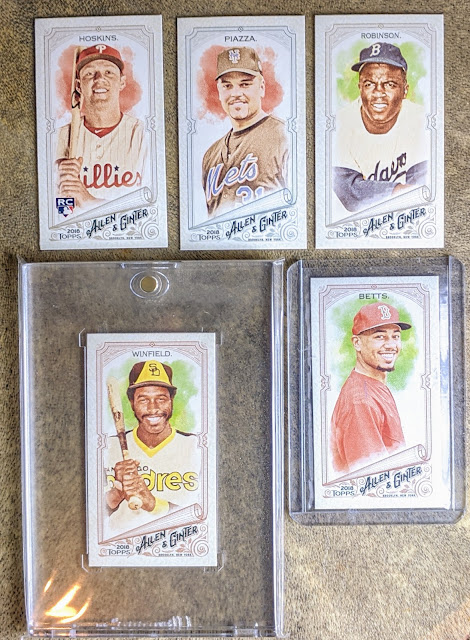 Here's a recap of the 5 new additions in the light. 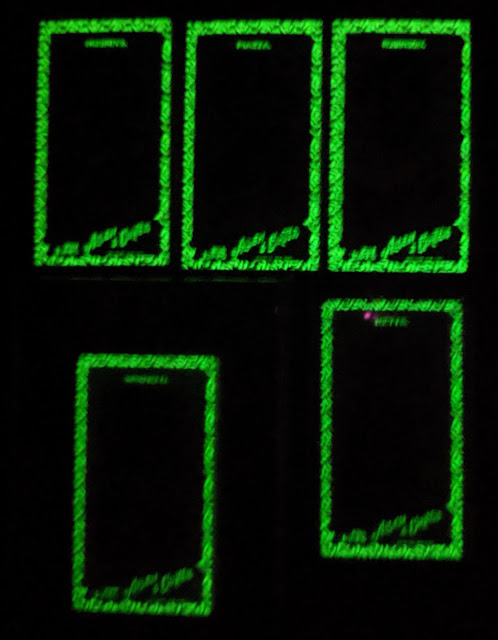 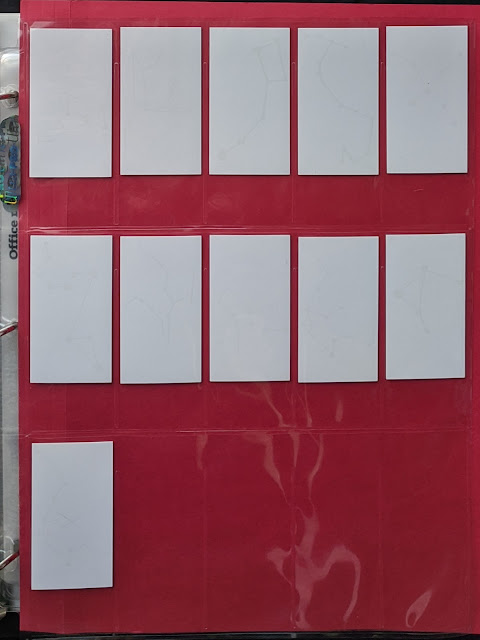 And by the way the first glowing Ginter cards were the Constellation minis from 2017. I posted a breakdown on them last year... figured I should mention them for completeness sake since this post is about glowing Ginter cards. I just put that 10-card set (plus 1 dupe) in a page. I'd eventually like 4 more dupes to fill out the empty pockets.

Fun stuff. I hope they keep it up with more glowing cards in future sets. Here are some suggestions for Topps to run with...

- Ballpark Blueprints that glow in the dark
- Maybe feature long home runs in an insert and have the route of the ball glow.
- Topps is crazy for rookie reprints.. how about rookie reprints that glow in the dark?
- Maybe like "On Fire" inserts with guys' bats on fire or whatever, and then the fire parts glow.
- Would love to see the "Stadium Lights" cards from 2011 Opening Day make a comeback.

So yeah, there are some baseball-centric ideas off the top of my head, but I'd be cool with whatever. How about you? Any ideas for glowing cards you'd like to see?

It's due for an update, but also check out my
LIST OF KNOWNGLOW-IN-THE-DARK TRADING CARDS