Despite being about as "junky" as overproduction era cards can be, I've never had much Classic in my collection, especially from back when their cards were part of a trivia game, before they focused on the minor leagues. I wasn't avoiding them, I just rarely seemed to cross paths with them. 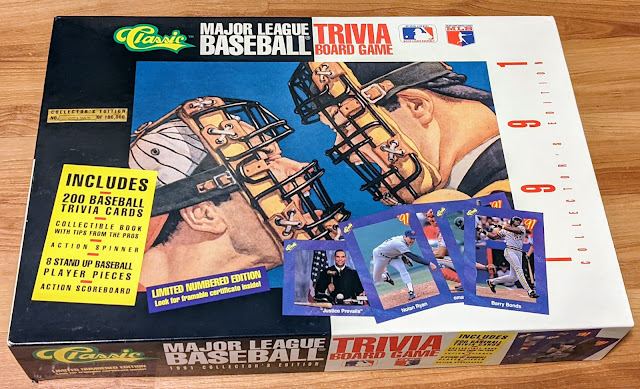 Looking to get better acquainted with the card line and fill some cheap PC holes, way back in [*looks it up*] January of 2019, I picked up a sealed 1991 Classic Baseball Card Trivia Board Game for $15 shipped (it comes in this big "board game" box, so I'm sure postage ate up about half of that $15 for the seller). I set aside the box for a rainy day rip. Months went by, and I finally tore off the plastic wrap late last fall. The cards inside were in 2 separately wrapped packages, the first of which has the distinction of being the first cards I ripped in our new house (I really hadn't opened any cards since before covid, so it had been a while and I was starting to jones.) The second sealed package of cards was set aside for another rainy day, and today was that day. Now it's time to get a post out of them.

Highlights here include some interesting in-game shots you don't see on cardboard too often, including a conference on the mound between Roger Clemens and John Marzano, plus what looks to be George Brett after a stab at the hot corner, and Kirby Puckett appearing to have just ended an inning at the plate. 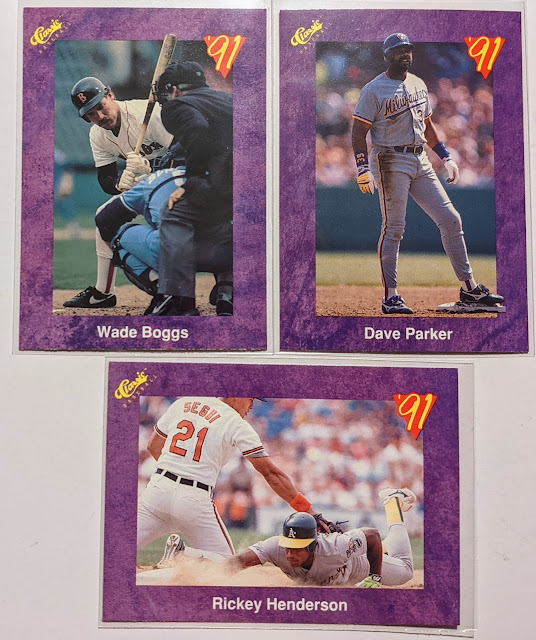 And here we've got the Chicken Man staring a pitch into the glove, the Cobra staking claim to second base after a double, and Rickey diving back to first. Cool shots. 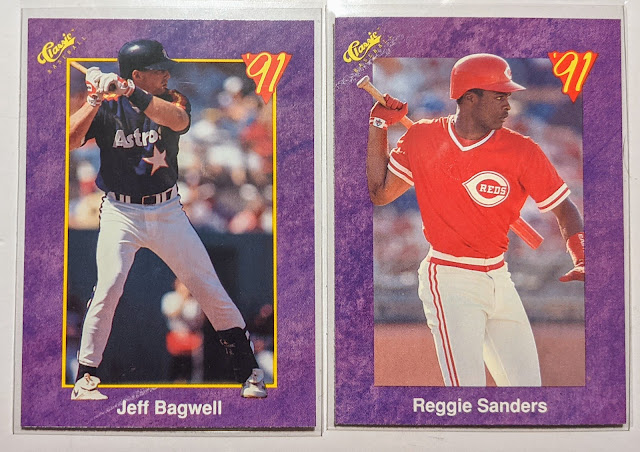 Padres I collect represented here with a great, a very good, and a never-was.

And just as happy to add these needs of lesser names I collect. 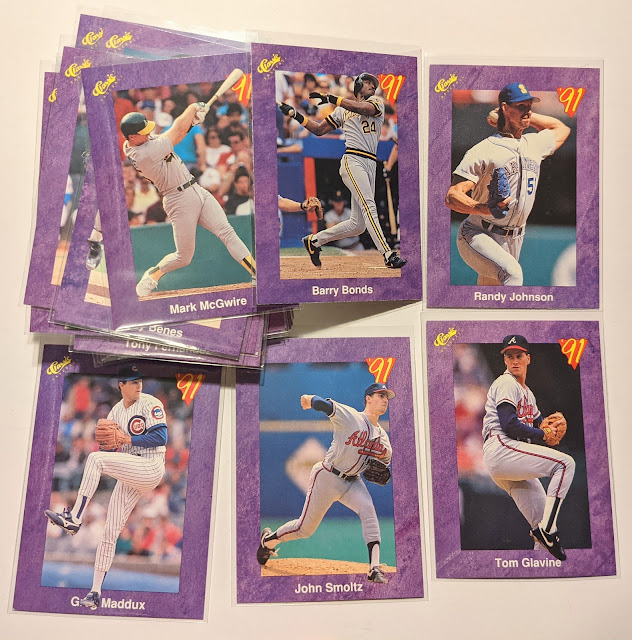 So yeah, lots of PC fodder. Bang for your buck, no way a contemporary blaster could come anywhere near to providing this many keepers.
I bet it was fun playing the trivia game back then with fellow baseball-obsessed buddies. I took a curious look at the game pieces and whatnot, but I'm tossing most of the non-card stuff from the box rather than find a place to keep it. ...but I've got some thoughts for repurposing the game board for a future display idea.. so don't be surprised to see it pop up on the blog some day down the line. 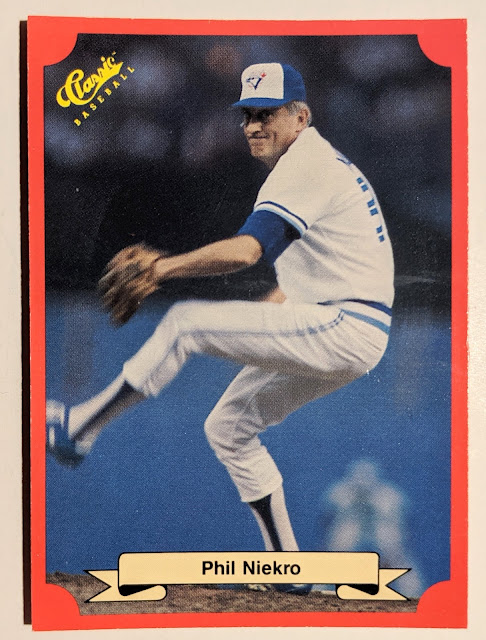 And as long as we're on the subject of Classic cards, here's a follow-up to the Phil Niekro PC post from a month ago. As a sucker for legends in unfamiliar uniforms, I was compelled to snag the only official card of Knucksie as a Blue Jay. Ran me 18¢ on Sportlots plus PWE shipping taking it to closer to a buck, but still a great deal in my eyes. 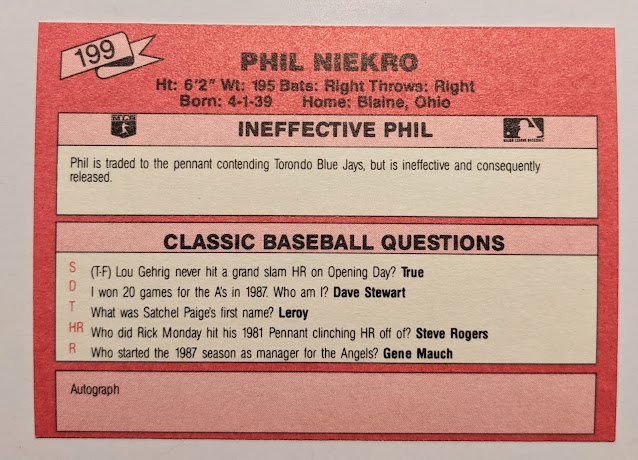 I tweeted the observation before, but I'll ponder again if any kid ever had the nards to ask "Ineffective Phil" to sign the autograph area on the back of this card.
Also note the "Torondo" typo.

Ha, Classic was kind of the annoying little brother of card companies, but I for one am glad they were able to put out the several sets they did, giving collectors like me a few diamonds in the rough to track down.