"Dick Allen Belongs in the Hall of Fame" oddball set

Here's something I've been meaning to post about for a while. Back in January, friend o' the blog Alex T. emailed telling me he had a line on a Dick Allen oddball set and asked if I wanted in. I sure did, and Alex helped me acquire one. 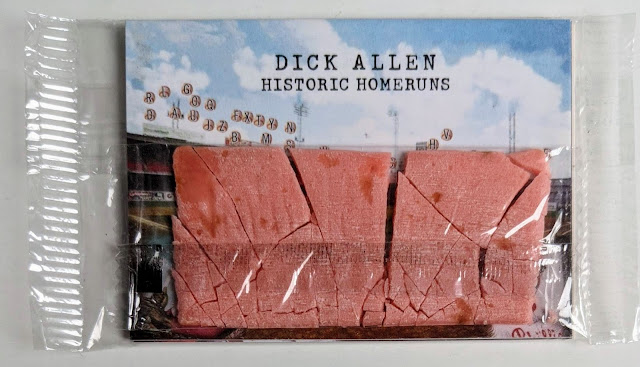 The main reason I haven't posted about this set yet is that my collector gene made it tough for me to open up the wrapping! Opening takes the cards from "new" to "used", for whatever that's worth. But it's not like I'm ever planning to sell off my Dick Allen collection, and like I was saying in my previous post, I've been trying to live in the moment more and whatnot, so screw it, time to finally free the cards from their pouch (but that shattered gum can remain individually sealed). 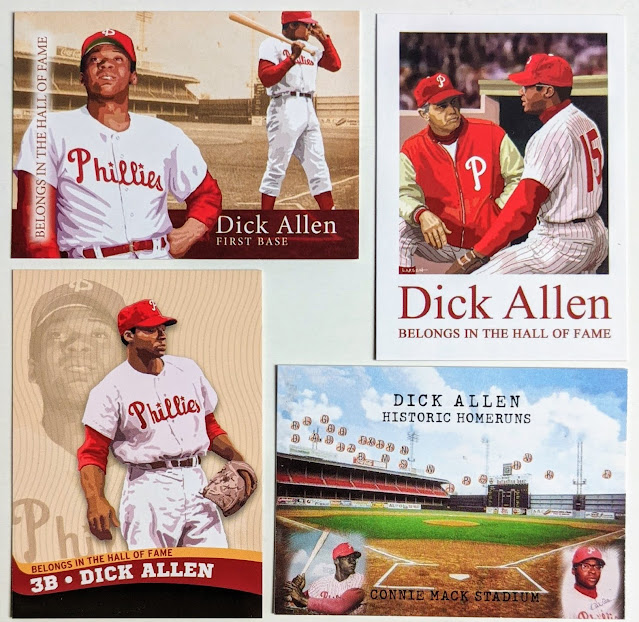 It's a 7-card set and the photos focus on his early days in Philadelphia. 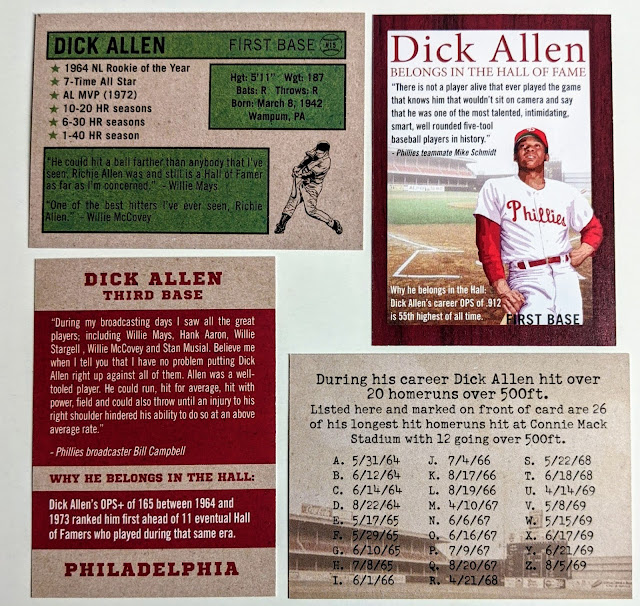 The backs are full of impressive stats and complimentary quotes, but not much to go on as far as the origin of the cards. Alex didn't have a whole lot of background info on them, but I was able to track down the guy behind the "Dick Allen Belongs in the Hall of Fame" movement, Mark A. Carfagno, a fan who advocated hard to get Dick Allen into Cooperstown while the man was still with us. The most recent vote on his candidacy fell short by a single vote, and sadly Mr. Allen passed away in December of 2020, not long before his much anticipated next time up for consideration, which had gotten bumped due to covid until December 2021. It's kind of a sad story, but hopefully they put him in posthumously.
Anyways, Mark did stuff in Philadelphia such as put up billboards and organize speaking engagements to champion for Allen's HOF inclusion. Mark is friends with the owner of Choice Marketing, best known for their minor league cards, and worked with Choice and graphic designer Rob Larsen to create a small run of sets for promotional purposes. Mark recalls this was likely in 2018, and says the cards were never available for sale to the public.

I really love these three that borrow their design from classic Topps sets. Even get a White Sox card out of it. 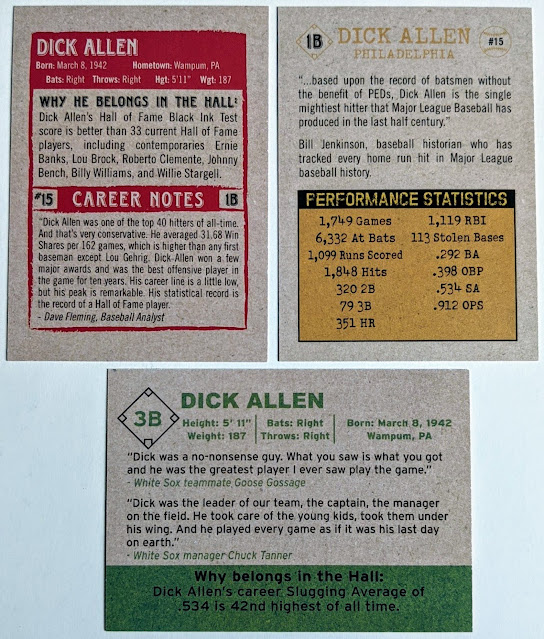 So there you have it. Super cool addition to one of my top PC guys.

Thanks to Mark for his part in creating them and kindly answering my questions, and thanks again to Alex for helping me snag a set.

Have a great weekend, everybody.