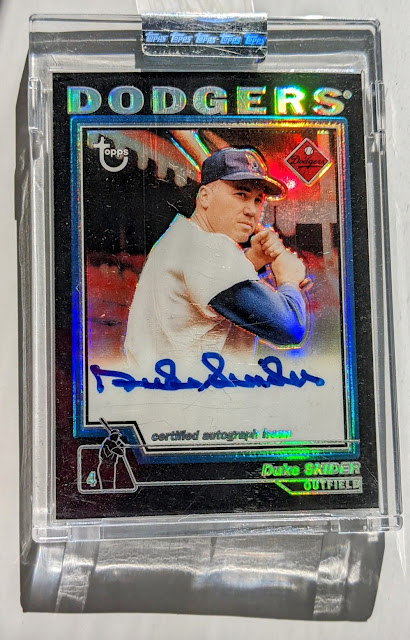 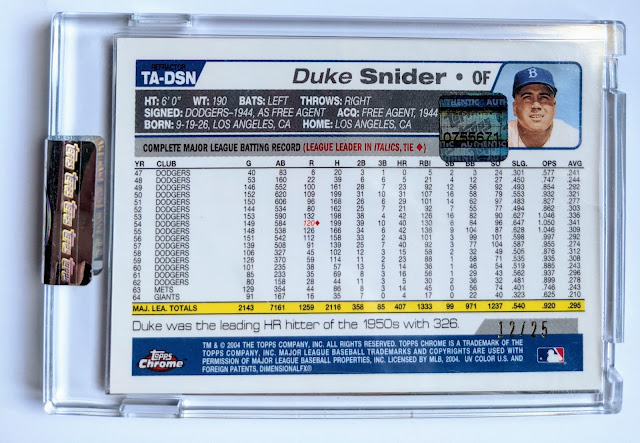 Around that same time, I received a friendly email from a reader I've transacted with a bit in the past, Eric P. He was on the hunt for a couple particular Dave Winfield cards from 2005 Retired, though I was unable to aid in his quest. Then he surprised me with an offer to send me a bunch of 2004 Chrome black refractors as a gift of appreciation for the blog. Awesome! They arrived in a glorious mailday at the same time as the yuletide Duke. 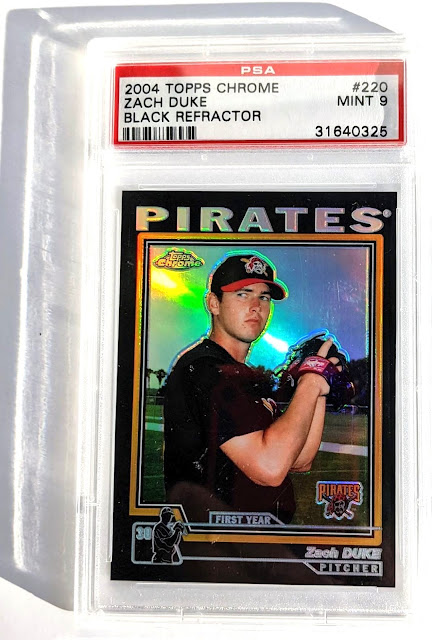 Look at that-- another encased Duke. Yes, it was a rare Double Duke mailday! 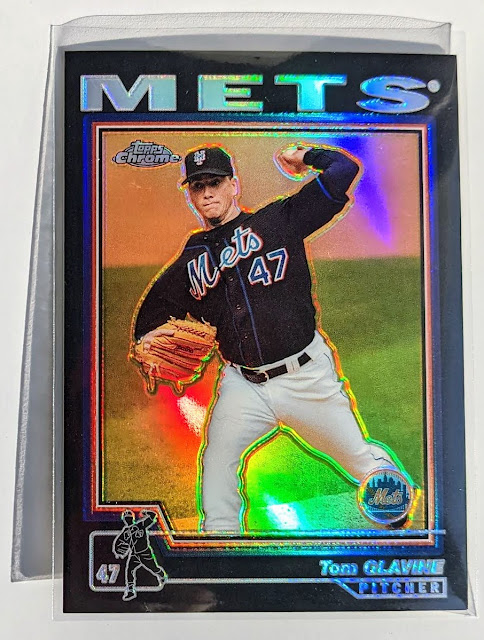 Tom Glavine was another highlight from the lot. Always nice to check Hall of Famers off a setbuild. 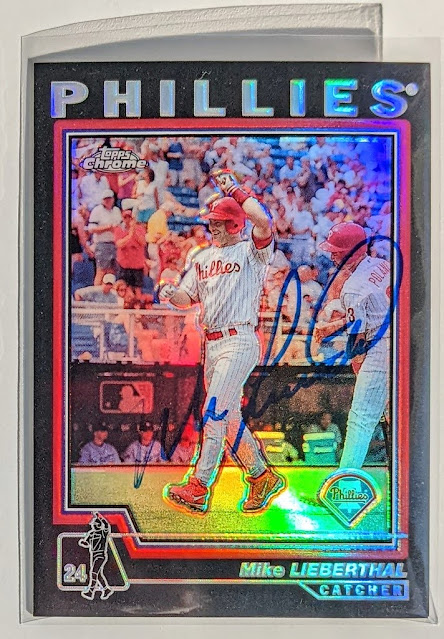 Mike Lieberthal here is my first in-person autographed 2004 black refractor. Love it! While the thought has crossed my mind, I'm probably not willing to get serious about getting more of these cards signed myself-- too much money and energy to try to make happen with private signings or whatever-- but definitely don't mind if they fall in my lap. 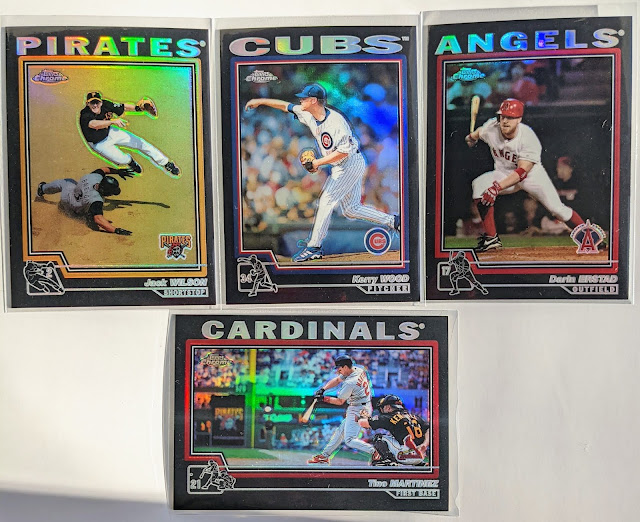 Some fan favorites of the cardsphere. Do you have that Tino, Lost Collector? It's a beauty. 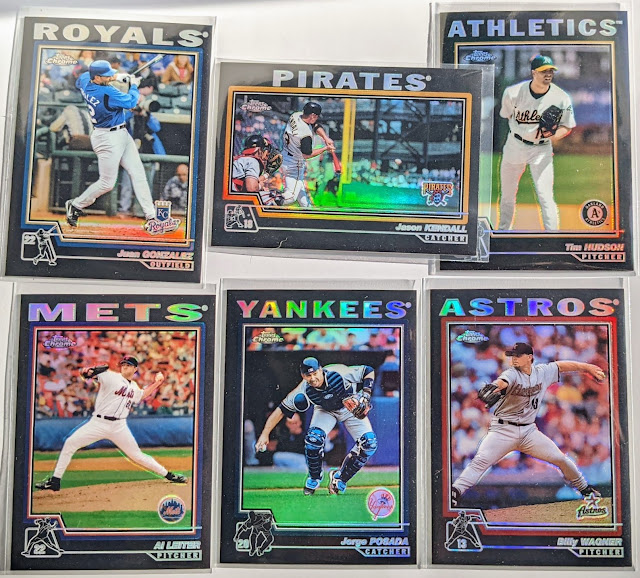 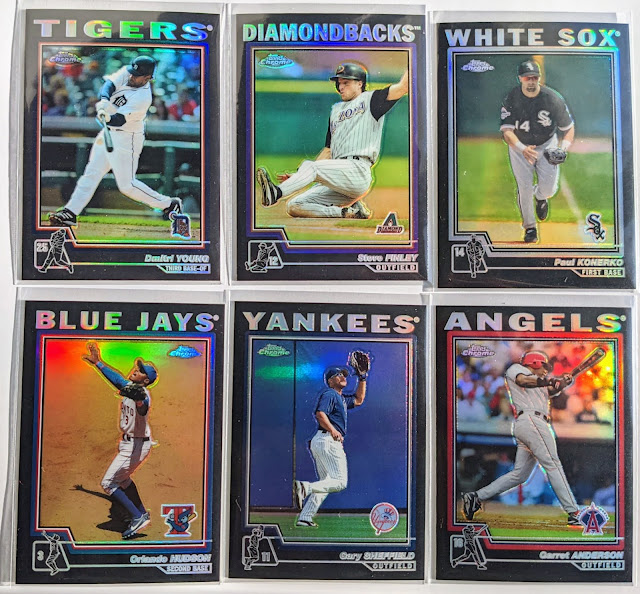 And there were a bunch more too, but just wanted to show some highlights.

Before this invigorating jolt to the parallel setbuild, I was a little over 60% complete (293/487). After Eric's generously gifted needs, I'm on the cusp of three-quarters done, now checking in at 73% complete (356/487). With just 131 cards left to track down, this crazy project of mine might actually have a shot at completion someday if I keep at it.

Shortly after that mailday, I upgraded another 2004 Retired refractor. 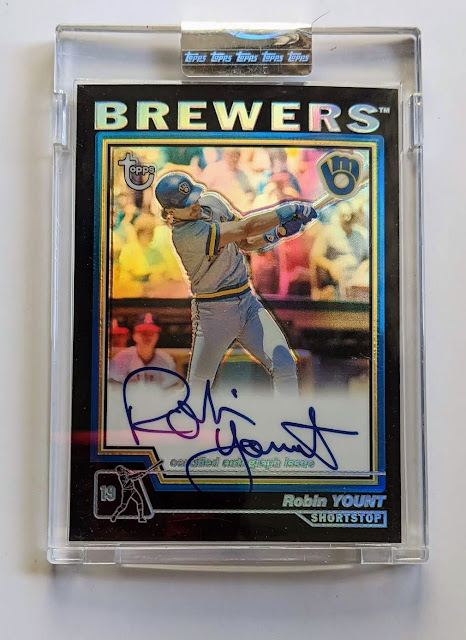 Robin Yount was one of the first '04 Retired refractors I bought back in 2013. But since then, I've kinda wanted to upgrade because the signature on that one was a touch faded. So feels good to snag this one with a bold signature. (I've been coming to the realization lately that these cards shouldn't be left in the light for long or the ink will start to fade. After these photos, banished to the deep, dark box!) 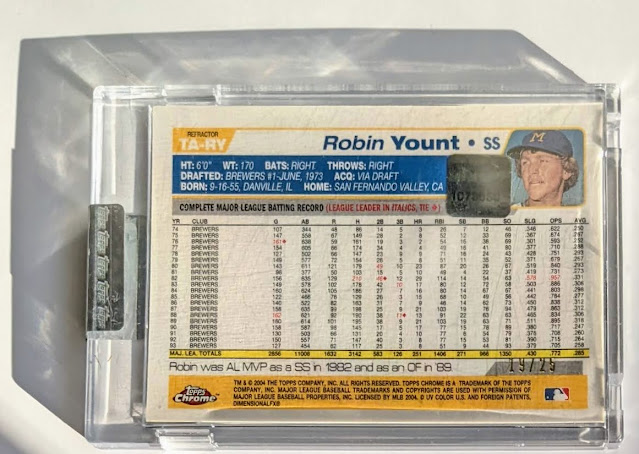 Taking photos in direct sunlight can be tricky, lol. It's not the Christmas Card, but does have neat "ebay 1/1" numbering seeing as Robin's jersey number was 19.

And the twist to this post is that every card came from Eric P. Yep, he sent all those black '04 Chrome cards and was the seller of the Snider and Yount auctions. I didn't even realize it at the time of that first mailday and I was very confused for a brief moment when 2 packages from him showed up.

Thanks again, Eric! You're a true saint of black refraction, as far as my collection is concerned.

Have a great weekend, everybody, and thanks for stopping by.