Since it's Super Bowl Sunday, I won't even bother asking if you're ready for some football. I'll just assume your football readiness is riding high and get on with this post that sort-of-but-not-really features football cards. (And if you don't get a chance to read till Monday, well I suppose it works as a Valentine's Day post, too, since it has a lovely lady in it.) 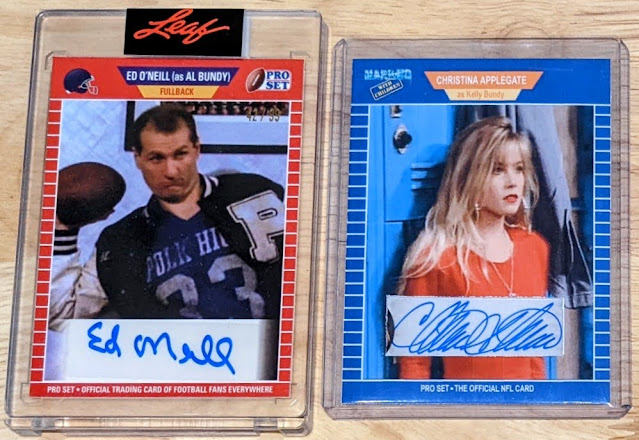 Scoring myself an "Ed O'Neill as Al Bundy" football card auto had been a hobby goal of mine for a long time that I was able to check off last year with a Leaf/Pro Set card.

Since then, I wanted to grow my card collection of the Married... With Children cast, so I recently picked up a Christina Applegate autograph. Prices on her auto cards can be a steep, but I snagged one relatively discounted thanks to it being a dual-auto stickergraph coupled with a lesser celebrity. But it works great with my idea making a custom overlay for it. 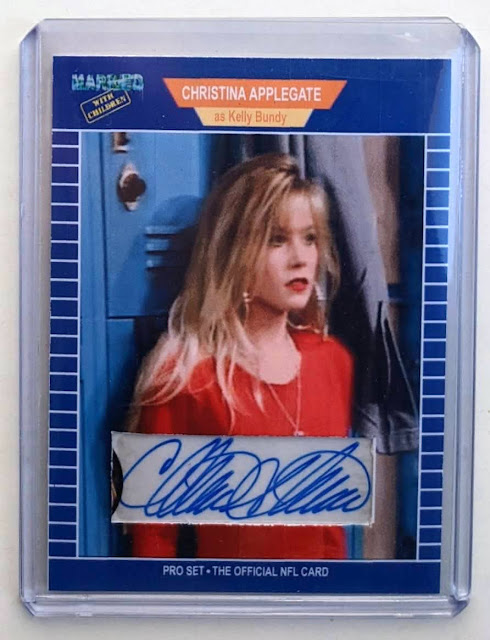 I went through a few ideas for the overlay. I started out just searching for a hot photo of Christina. But man, there's no shortage of attractive photos of her out there! Tough to pick a favorite. I had a few contenders saved-- and tentatively was just going to use a nice, later picture in a simple overlay with only the pic and auto window, but then got the notion to do it as a "Kelly Bundy" custom in the '89 Pro Set style to match the "Al Bundy" card. So then I had to find an era-appropriate pic, landing on this one. I figured the locker room setting kinda helps it work as a "football card" (though it's really just a high school hallway, I think.) 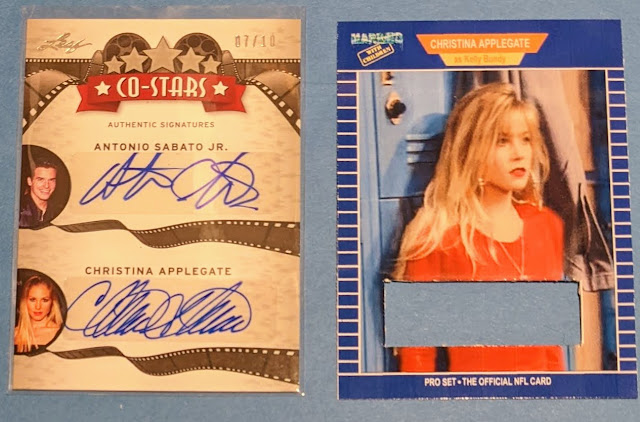 Like with all my "custom overlays", I don't alter the original card at all (otherwise I'd call it a "custom cut auto"), rather just print out "clothes" for it, lol. Here it is undressed. I vaguely know the name Antonio Sabato Jr, a male model turned tv personality/actor more known for his political comments these days, and have no qualms covering him up here and will just thank him for helping this card sell for a good chunk less than a Christina Applegate autograph typically goes for. 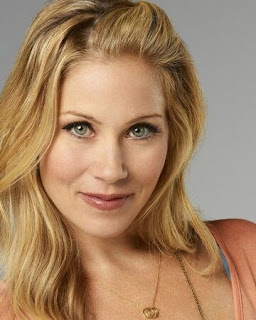 She's been a celebrity crush of mine since back in the day. Still lookin' great in middle-age, too. Breast cancer survivor; respect. In addition to Married, I've enjoyed seeing her in many other things too, such as the Anchorman movies. Turns out we've got similar taste in music: It's a stretch for a celebrity connection but Christina and I "saw a concert together" once, both attending a Jane's Addiction show in LA in '97 [She has a quick cameo in the tour film]. 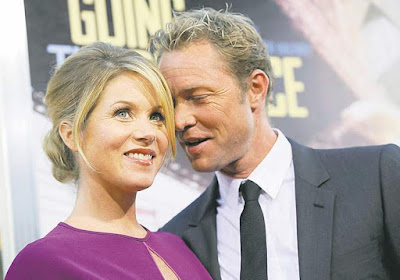 Since I've got half the Bundy clan, I figure I'll now keep an eye out for a good price on autos of Katey Sagal and David Faustino to round out the family. They both seem to have a few options on the market, so shouldn't be too tough. Expect to eventually see a sequel or two to this post! 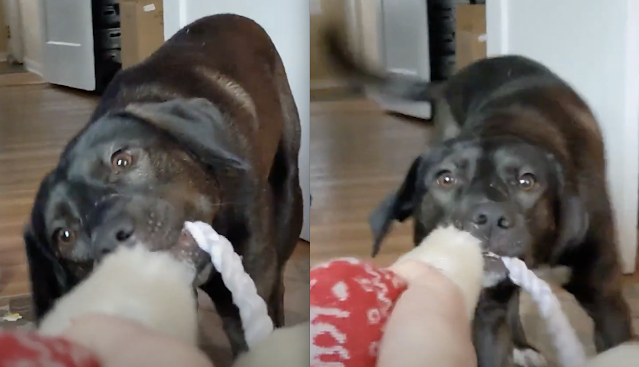 Here's my dog Ruby to close us out today. She just wanted everyone to know how good at tug-of-war she is.