I'm back at it for another group of random cards. The "Guns N' Randoms" series continues, starting now on the Lies album (or if you want to nerd-out over it, it's actually called G N' R Lies, and the first half of it is actually a live EP called Live ?!*@ Like a Suicide.. which isn't actually live, but rather studio recordings with crowd noise added to them to make it seem live, because that was something bands sometimes did in the late 80s for some reason.)

Anyways, the first track is "Reckless Life" and so here are some recent pickups, roughly grouped together under the theme of recklessness. 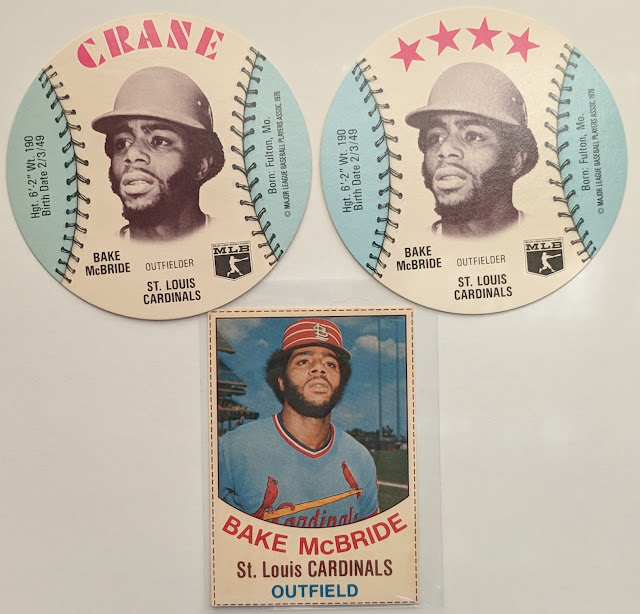 Bake McBride might have been a little reckless on the field, leading to ankle and knee injuries that put a damper on his career. Happy to snag some oddballs for my little Shake n' Bake PC. 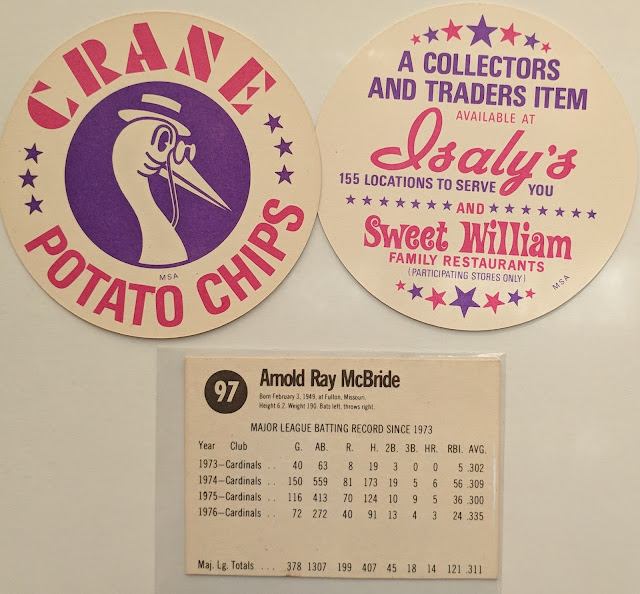 Here are the backs.

I also grabbed this trio from his Senior League days. Who knew they did an update/high-number series, getting him another card in the set with his new team. 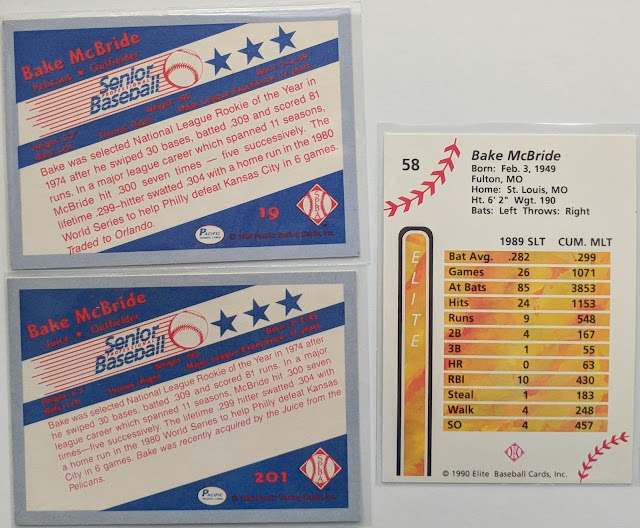 Here are the backs. I love the Senior League stats! Makes me curious who the league-leaders were, though unfortunately I haven't been able to find any stats from the short-lived league online anywhere. 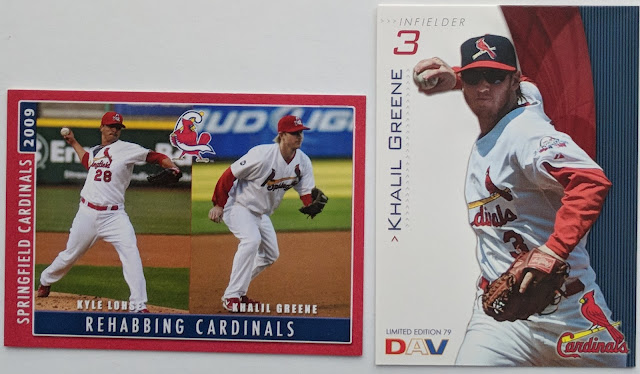 And here are a couple minor league cards from Khalil Greene. Weird to see the Padres fan-favorite in a Cardinals uniform near the end of his career. Poor kid displayed reckless behavior at times due to mental issues he struggled with. 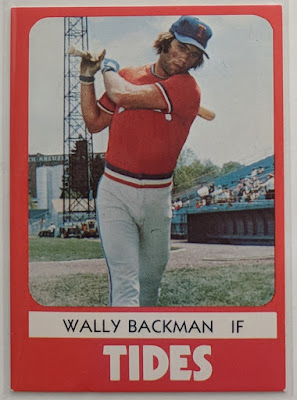 Wally Backman isn't really reckless. Perhaps reckless on the basepaths? I've been wanting to get some Wally Backman representation in my collection, and this minor league card seemed like a cool option. You probably know I collect guys who went to my high school? Well, Wally Backman is the most notable player who went to my wife's high school. So I thought I might kinda collect him a little too as a nod to her. Eric Gunderson (pitcher in the 90s) seems to be the only other guy from her school to make the majors. 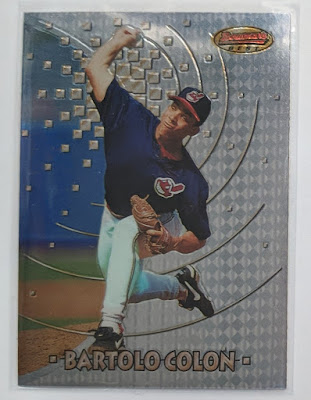 Threw this early Bartolo Colon into my cart in a recent online order. Big Sexy reckless? Hmm.. maybe his eating habits? And there's his shady choices regarding PED usage and personal life improprieties. But he largely gets a pass from fans for that because he's got that "everyman" thing like hey, maybe an old, fat guy like myself could theoretically play baseball if he can! Plus he's the Last of the Expos.. which makes you want to root for him to play forever. 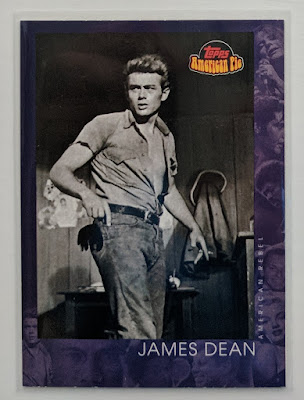 Let's wrap up this post with the Rebel Without a Cause himself, James Dean. Grabbed this for my "We Didn't Start The Fire" Binder.


Thanks for stopping by.
Posted by defgav at 3:22 PM