I used to love her,
but I had tequila.

Ok, maybe those aren't the actual lyrics, but let's go with that.

Time to check out some recent additions to my collection of lovely ladies on cardboard. 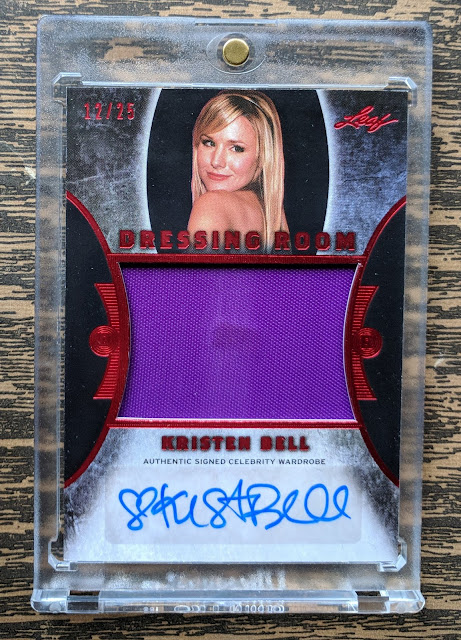 Boom! Love this Kristen Bell relic/auto. It's made even better by the fact is a Christmas Card! Funny thing is the auction didn't mention it was numbered 12/25. And I didn't catch it myself as it didn't really show up well in the auction's photo, so it was like an awesome bonus surprise when I got it in hand and noticed the numbering.

While I only ever watched maybe one or two episodes of Veronica Mars, I've had a celebrity crush on her since back then. Used to love her appearances on late night talk shows back when I watched a lot of Letterman, Conan, Kilborn, etc. Really liked her in the Star Wars-inspired film Fan Boys too. And now she's in a project I really enjoy, NBC's The Good Place.. a highly recommended show to catch up on if you like quirky, smart comedies.

Anyways, back to the card, it includes a super cute headshot, big purple swatch of clothing Kristen wore at some point, and a nice semi-legible signature that seems to feature a heart and star among the loops and such. If only this was an an-card auto instead of a stickergraph, that might be enough to crown it the new top card in my Girlie Card collection in my eyes. But as it stands, it's a close second behind the reigning champ, my on-card auto of Christina Hendricks. 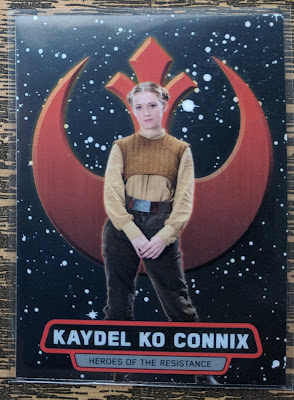 Speaking of Star Wars, I've enjoyed the recent films, and while Rey is incredible, I always perked up when Kaydel Ko Connix was on screen, with her off-kilter cuteness. I didn't realize till later that Billie Lourd is Carrie Fisher's daughter. I've made a few attempts at scoring an auto of hers, but they keep ending a bit out of my target price range. Maybe someday. Scored this above card for 39 cents in my recent COMC order. Fine looking card, but she appears to be like 12 years old in the photo, which is a little unsettling for me. 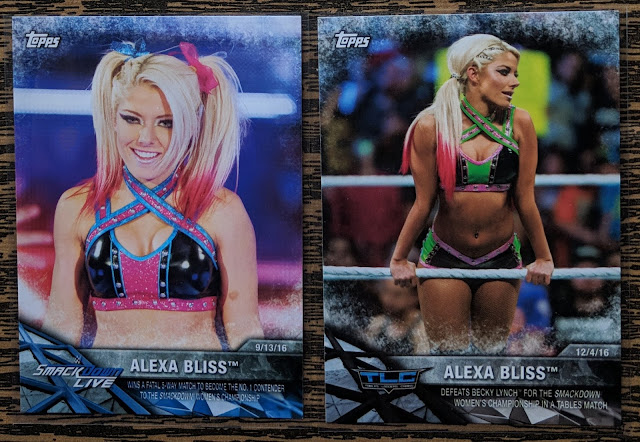 Also snatched a couple additions for my Alexa Bliss PC. I'm a sucker for the Harley Quinn look. 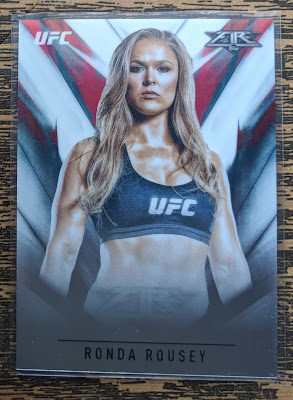 And finally, a new name for the minicollection, I decided to pick up some Paige VanZant cards. Gotta admire badass women like her who can kick butt and look hot while doing it.


That'll do it for today. Thanks for reading!

(Per my usual disclaimer with these types of posts: I have nothing but the utmost respect for women. I'm incredibly lucky to have an amazing wife to share my life with and consider my best friend. I was raised by a single supermom and could not have asked for more. I'm big on women's rights, and have no doubt that the world would be a better place with less men in charge. I also happen to have a healthy appreciation for attractive ladies, which would be dishonest for me to deny, and that interest has spilled over into my card collection, and therefore my blog. I'm also a big Guns N' Roses fan and have a continuing series of naming posts after their songs, though they could be "un-PC" at times and express views not necessarily in line with my values (ie, doing heroin, domestic abuse, offensive slurs). Rock N Roll isn't always pretty. I also apologize that all the women in this post happen to be blonde, as I assure you my appreciation for attractive women is more broad than that would seem to indicate. I also apologize for using the word "broad" right then. I sincerely hope no one is offended by this post.)
Posted by defgav at 4:00 PM