A few days ago I posted about at a ton of great cards Zippy dropped on me, now it's time to tackle the other big card gifting I was on the receiving end of in January, this one handed to me in person by Padrographs Rod at the latest card show. February's card show is coming up this weekend, so I'd better get this post finished now before I fall further behind!

Plus I've got a motherload of (MST3K) cards scheduled to be delivered to the office on today that I'm very excited about. (Like "the pinnacle of my collecting life is nigh" levels of excited.) Update: it's in-hand! Will wait until tonight to bust it open.

Though my posting frequency has been down so far this year, between the monthly card show, Kenny, Rod, and online purchases, it's already been a very plentiful year for cards. They've been coming in faster than I can get them sorted and filed away, as often is the case, making me feel like I'm barely keeping afloat in a flood of cardboard. But I love cards so I suppose it's a good problem to have. Reminds me of that one simpsons gag...

Yes, I have too many cards, and yes, I want more.

[I'm not buying any 2020 Topps Series 1, at least, but keep me in mind if you pull any Lux, Tatis, Soto, or photo variations with powder blue Expos unis.] 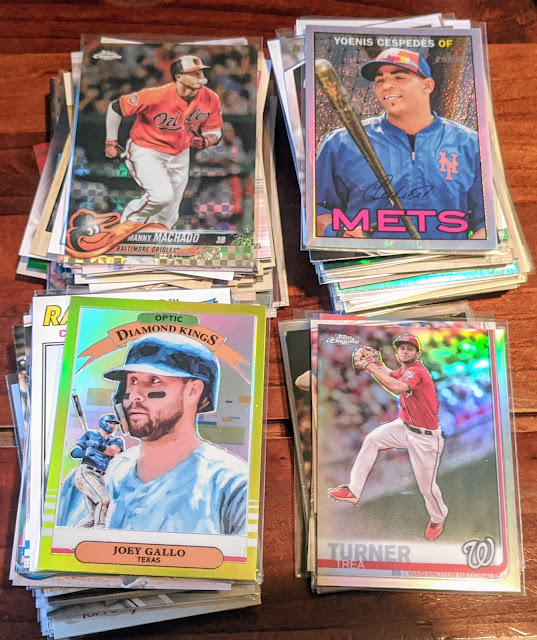 But onto the cards from Rod! Again, there are a lot of them, so this post is going to be mostly like this.. photos of stacks of cards with some highlights on top and maybe some quick commentary from me. I believe most of these cards are from teams Rod was looking to clear out of his trade box (that went unclaimed in his pleas to find takers). So, as I would be digging through the cards, there'd be a cache of a hundred or so Orioles cards, for example, followed by maybe a hundred Rangers, etc. Maybe a third of the cards were "keepers" for me, with the other two-thirds headed toward my trade box.. perhaps to be one day thinned out on someone else, repeating the cycle. 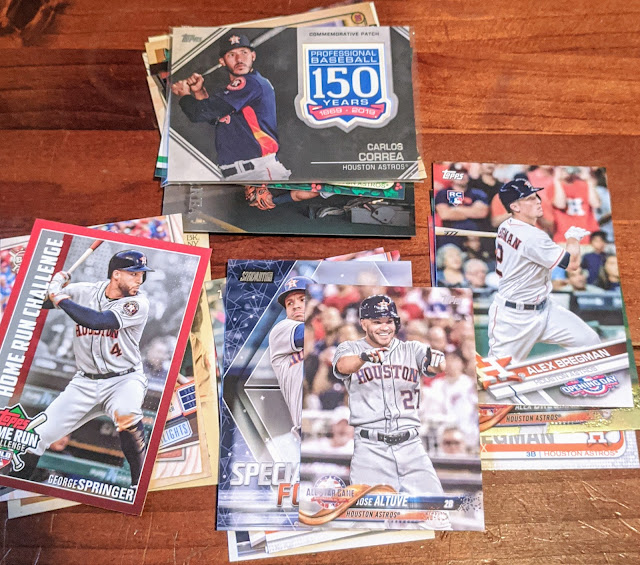 Oh man, there were a lot of Astros cards in there, presenting me with a dilemma. I (used to?) collect several current Astros, but after all the cheating ugliness, they've quietly been removed from my wantlist. I guess I'll wait and see how the season plays out before I decide to officially break up these PCs or perhaps forgive-n-forget. I guess they're sorta paused for now. If cards fall into my lap like this, I'll sort them into PCs, but I'm not going to actively work to build them. (Hey JediJeff, that doesn't mean you're off the hook for that Correa relic you've owed me since 2018.. lol) 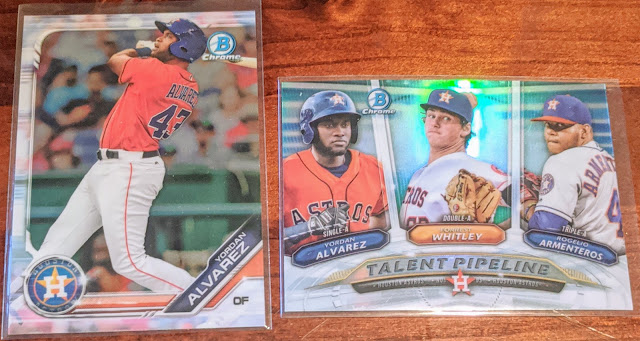 AL ROY Yordan Alvarez seems to have gotten through the scandal relatively unscathed since he wasn't around until his call-up last June. But if he falters to start the season, expect to see his card prices nosedive. Still though, excited to find these two. 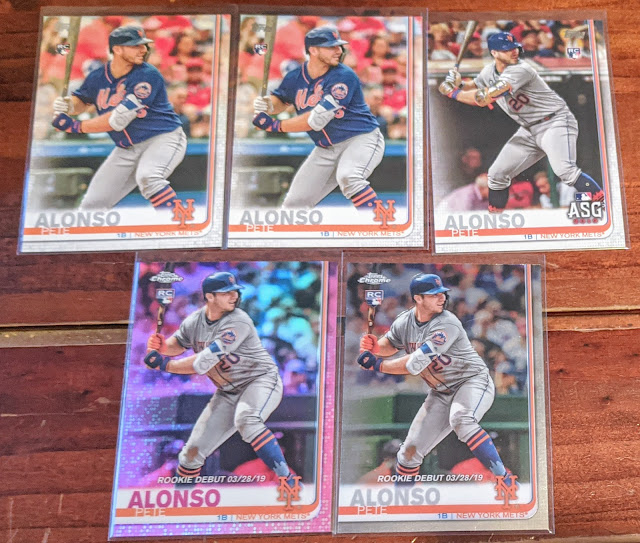 And howbout the Polar Bear himself? I previously only had a card or two of Pete Alonso in my collection, so I'm very happy to score this RC lot of the reigning NL ROY. Seems like a good dude.. I should probably officially add his name to my list of guys I collect. 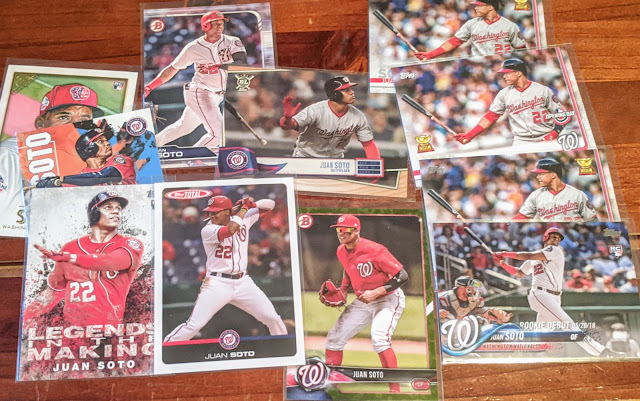 The Young Stud train keeps rolling with this terrific bunch of Juan Soto cards. This probably doubles my Childish Bambino PC. Love it!

Some unopened packs! I'll probably leave that 1987 cello hanger as-is and file it away with my Hendu PC. 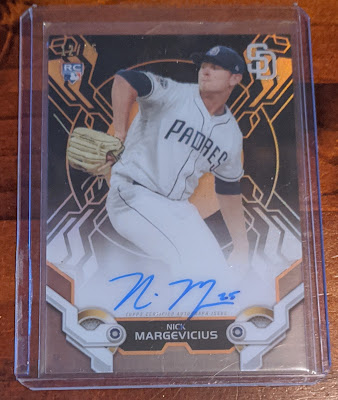 Nick Margevicius is a guy Rod specifically collects, so I've got to give even extra thanks to him for gifting me this one. He knew this particular auto would be a hit with me... 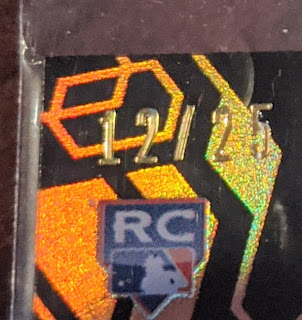 Some great misc. stuff here. A few old cards that I'll need to check against my vintage wantlists.
That 1993 Pinnacle Cooperstown Card (Dwight Gooden) appears to be a new set I need to add to my umbrella collecting goal of early 90s black gold. Seems to be a 30-card box set that also has Dufex and promo variations of all 30 cards (rare/expensive).
The Garbage Pail Kids are from a set focusing on musicians, so that's kinda cool. Maybe I can work them into my music blog at some point.
The Sandlot sneaks into the action with a still-sealed set anniversary cards plus a few Archives inserts. Sweet! 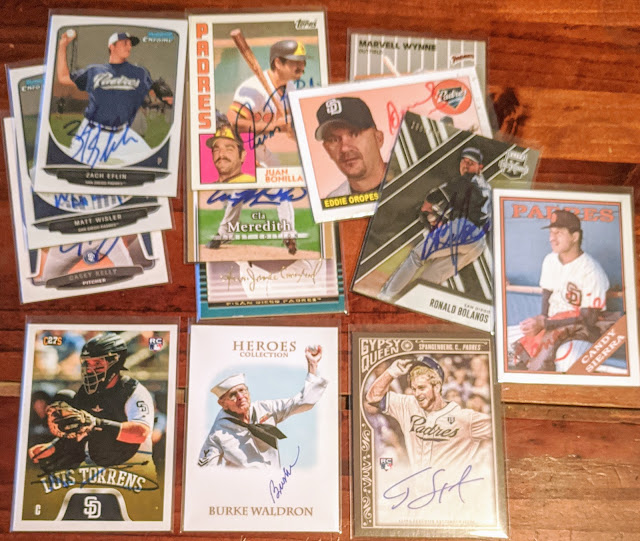 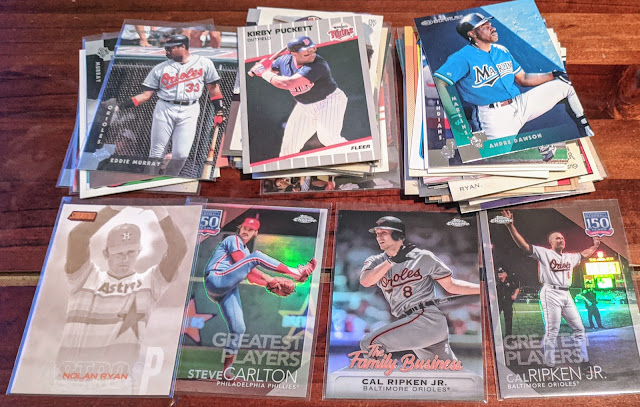 Many Hall of Famers. 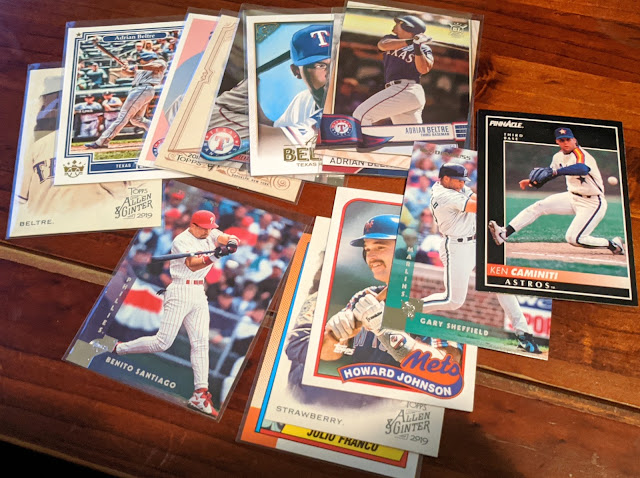 Bunches of Beltre plus some other fan favorites. 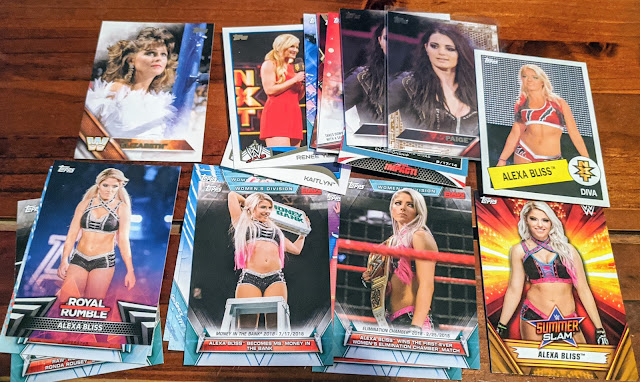 There was a decent chunk of wrestling cards, mostly of the female variety. Lots of lovely ladies here, with my Alexa Bliss PC in particular getting several nice additions. 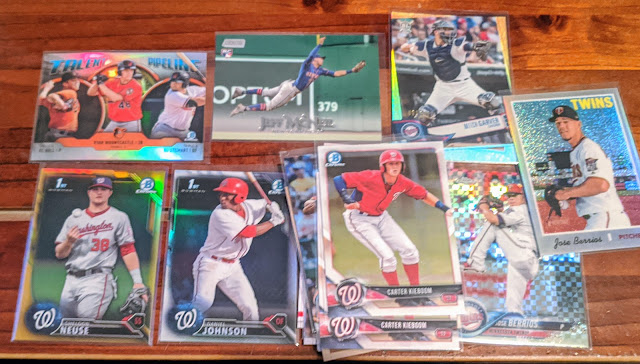 And some more cards I found interesting. 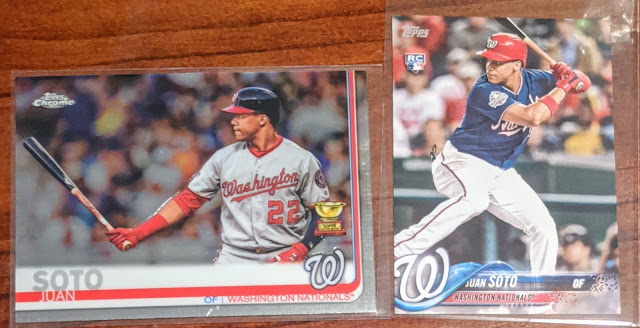 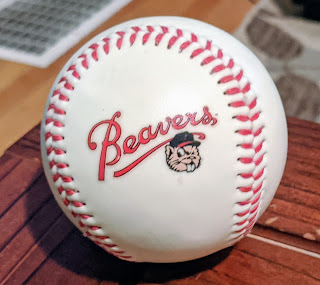 And we'll close it out with this. Any old Beavers baseball would be kinda neat to get, but what makes this one even better... 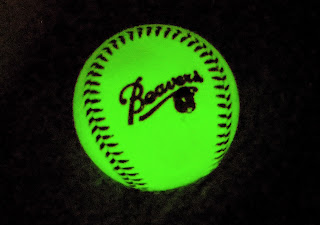 It glows in the dark!! Awesome.
Now I've got both a glowing bat and ball.. just need a glowing glove and I'll be all set for some midnight baseball! :)

Rod, you're the best! I'm forever in your debt. As always please let me know if I can ever help you out with any cards, customs, or photoshop work. Thanks again!
Posted by defgav at 2:23 PM