Once again dipping into the Archives Reserve

Splurged on a few more cards for my Topps Archives Reserve master setbuild over the past few weeks. 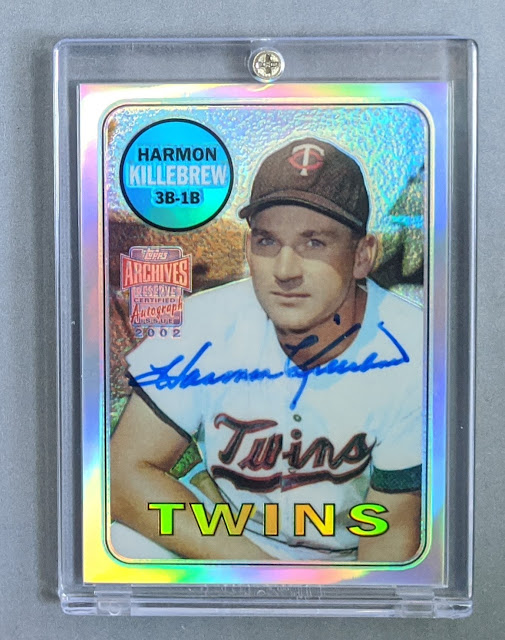 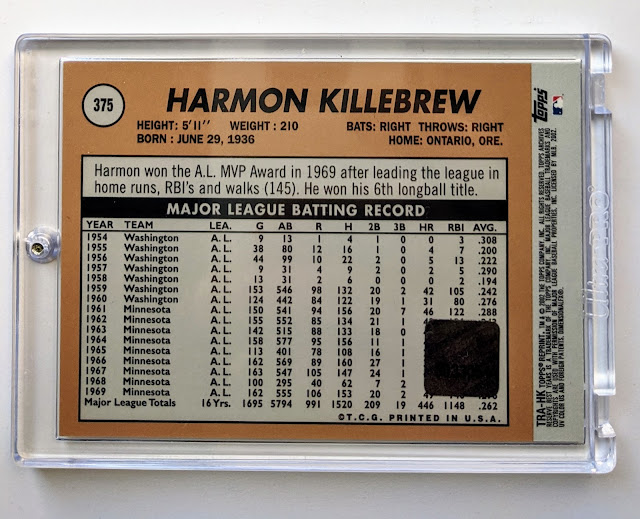 2002 Archives threw a wrinkle into the backs by including the stats from the year the original card came out (e.g., stats from the 1969 season on the back of a reprint of his '69 Topps card.. kinda hurts your brain to think about, but I suppose it's kinda cool. It's not like Topps to give themselves more work to do on reprints. The stats here get blocked somewhat by the authenticity hologram that Topps was using at the time. 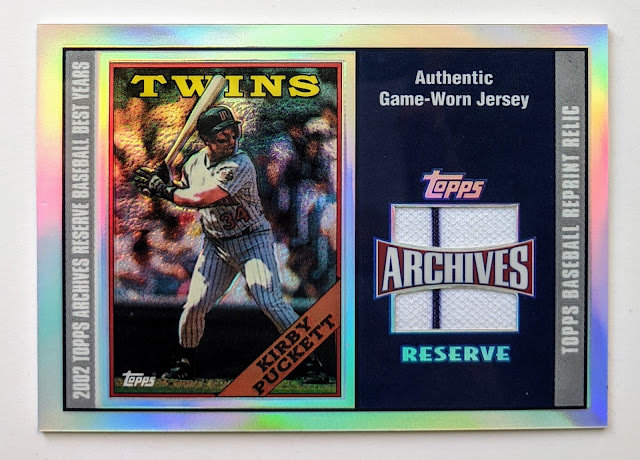 From one Twins legend to another, here's the first Kirby Puckett relic added to my collection. Looks good with the pinstriped swatch. Magnifique! 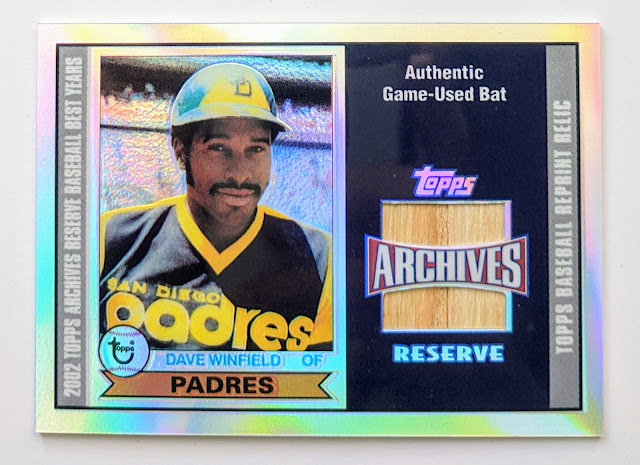 We round out the trio of 2002 Archives Reserve hits with this lovely Big Dave Winfield bat card. As a Padres fan, I always appreciate seeing a young Winfield in the brown and gold. I kinda dig these relics that are essentially mini refractor reprints with some extra stuff included around it. 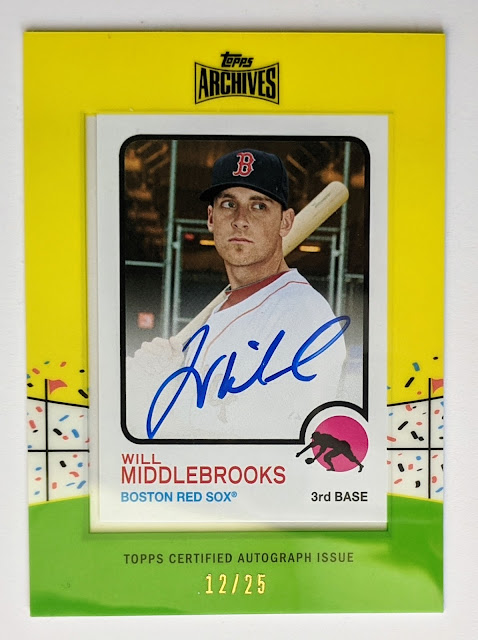 Unlike those above relics, this little fella really is a mini card (though framed). It's regular Archives (not Reserve), but I'm squeezing it in as a bonus into this post for the heck of it.
2013 Archives was among the first new sets I got into after returning to the hobby as an adult. Ripped a fair amount of it hoping for something cool like one of these 1973-style minis, but to no avail. But now here a few years later I ponied up for this Will Middlebrooks. Not a big name today, but well, the big names are very expensive. The fact it's a Christmas Card helped me justify biting at the cost-of-a-blaster asking price.
Middlebrooks had a sharp decline after his promising '12 debut, and his days as an active player are already behind him. He was able to taste the thrill of victory with the 2013 Red Sox, so he's got that going for him. I suppose the fact that he was a Padre (for 83 forgettable games in 2015) is a plus for me. And Will seems to have kept "on the scene" thanks to a good social media presence (@middlebrooks), plus the fact that he's married to a sports reporter who's also good at social media (@JennyDell_).
Back to the card, yeah, it's right up my alley. I'd probably say 1973 Topps is my all-time favorite design, and I think the mini interpretation is cute. I also really like the frame design.. I'm pretty sure that's paying tribute to a vintage card thing, though I couldn't tell you which off the top of my head. 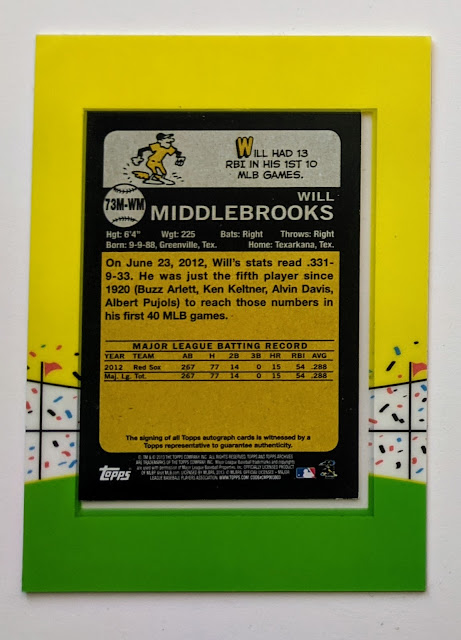 Nice that they made a full back for it, too.
So yeah, fun pickup for my 12/25 collection. 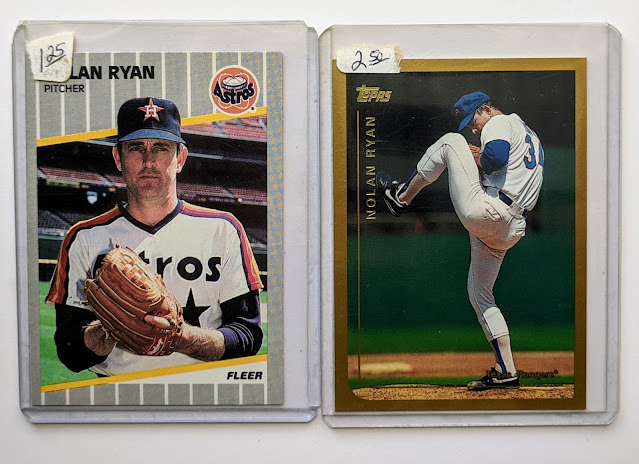 Oh, and the seller of the Kirby relic threw in a couple random Nolan Ryan cards. Cool.. pretty sure I needed them for the PC.
Thanks for reading. This is my first post written with Blogger's annoying new site design, so hopefully it looks ok. Took a few more clicks than the old site, so that's a bummer. But hey, as long as it keeps working and is free..!
Posted by defgav at 5:36 PM