I did some photoshop work for a Hoyt Wilhelm supercollector back in 2017 and then he ghosted me when I was expecting some neat Hoyt stuff promised my way in return. A bummer, but it happens.

Then after nearly 3 years of radio silence, Brett finally got back to me earlier this year, apologizing for life n' such putting my haul on the backburner. But in a glorious resolution to the story, he finally hooked me up with a fantastic package to knock the socks off a Hoyt collector such as myself. 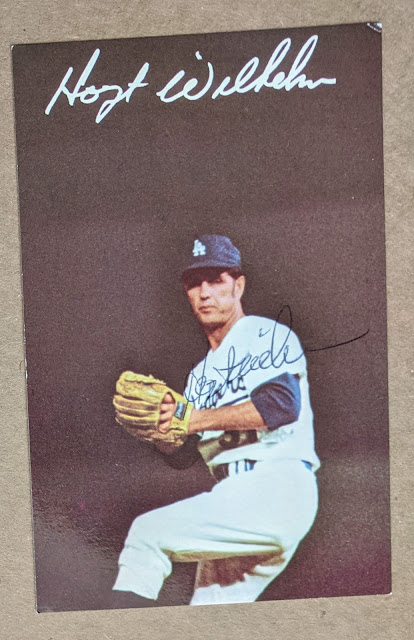 We start off with an autographed postcard from Hoyt's swansong in Los Angeles. Nice! 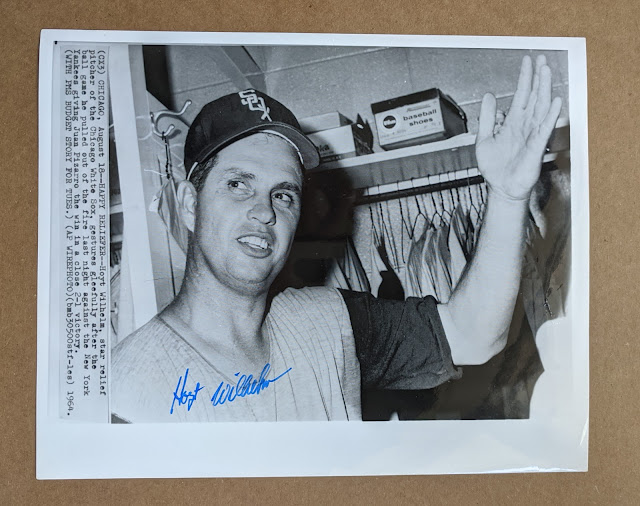 Now we enter into a string of glossy 8x10s. Like with the postcard, this would be cool enough as is, but the fact it's signed only ratchets up the coolness more. 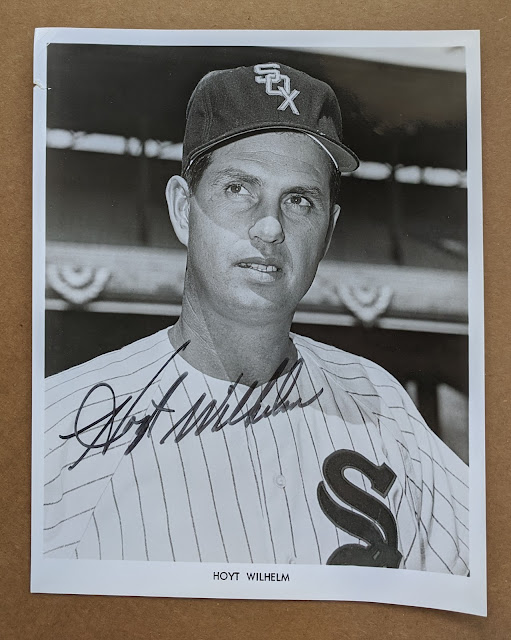 Another autographed photo. Big signature on this one, the last of the signed items here. 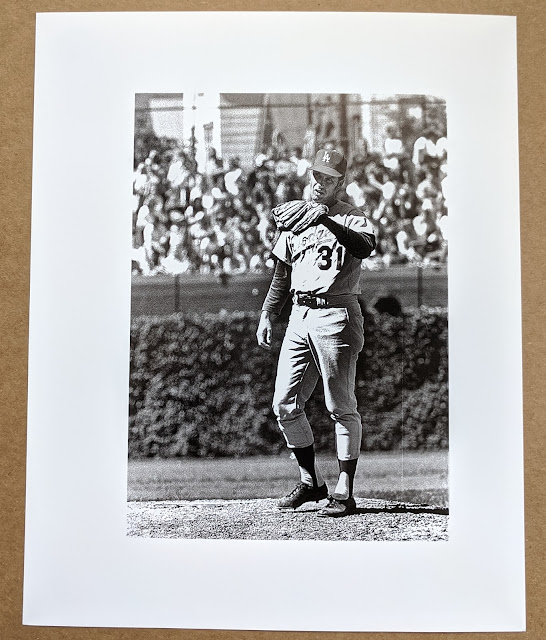 Print of a different shot from Hoyt's Dodger days. 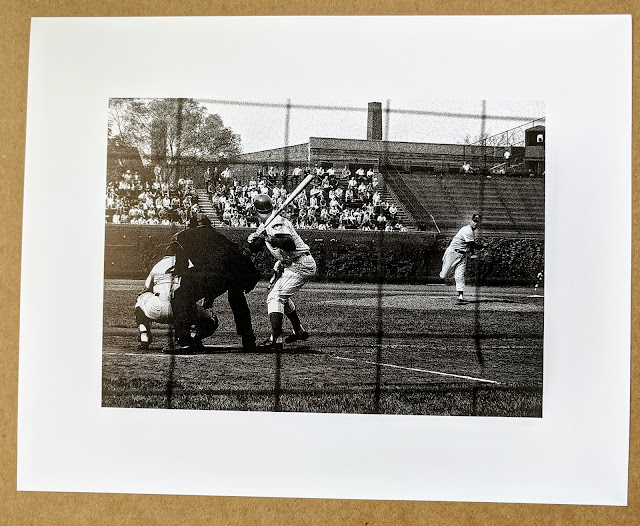 And an action shot from Wrigley. 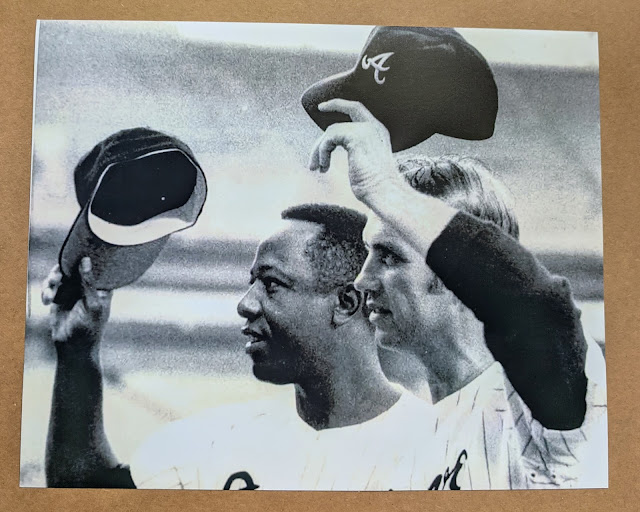 Awesome photo of a pair of baseball greats tipping their caps. 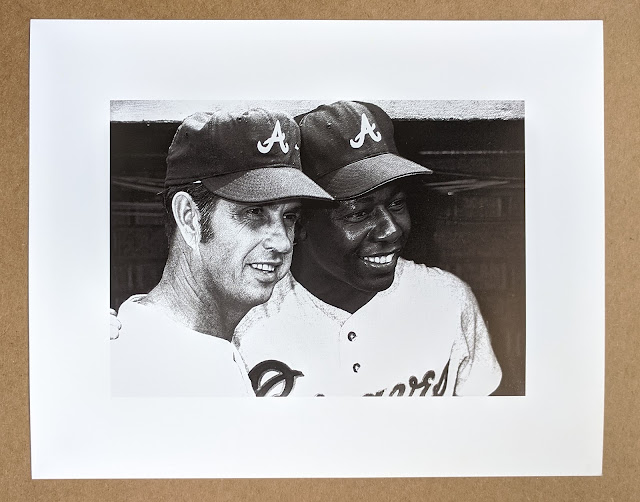 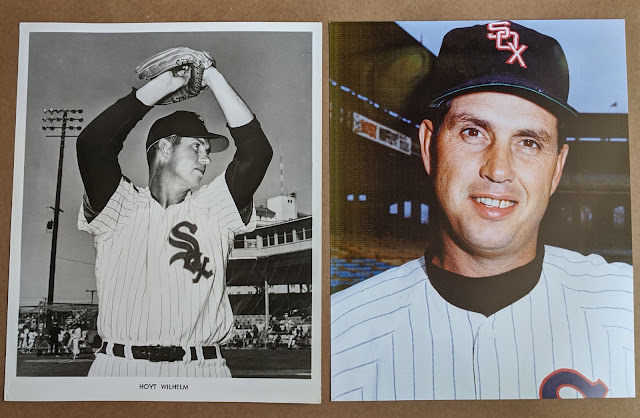 I'd better start doubling up these photos or the post will get huge.. but yeah, a couple nice White Sox 8x10"s. 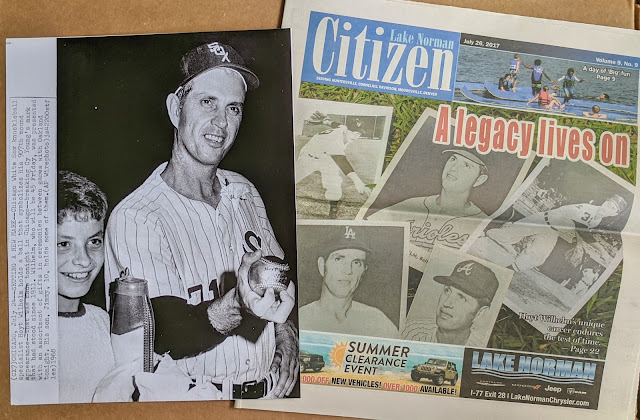 Here we've got a press photo featuring Hoyt's son, plus a hometown newspaper feature that Brett helped provide some photos and information for from 2017. 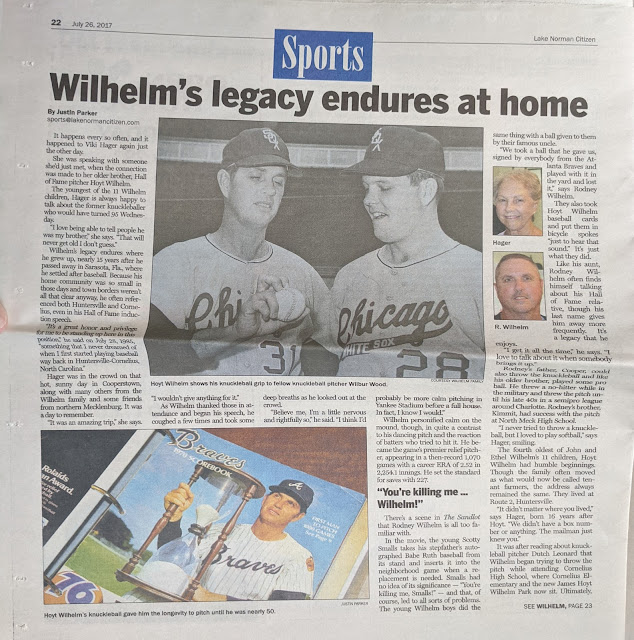 Not sure how legible these photos are, but here's the article in case anyone wants to try zooming in to read it. 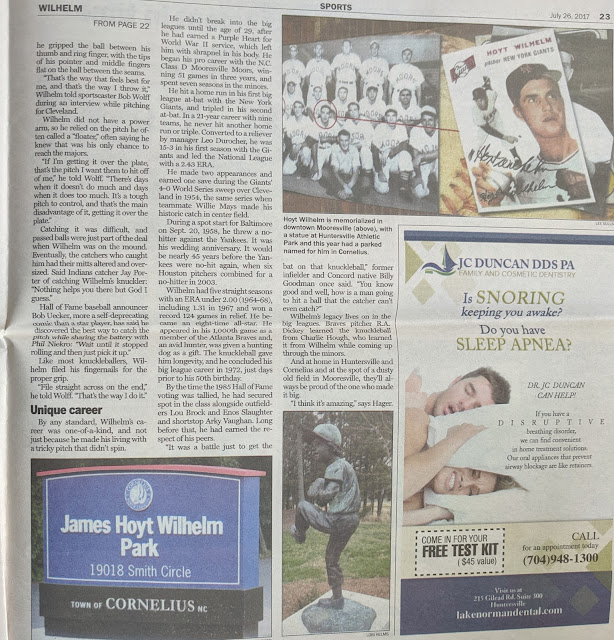 But for this card collector, what I was most excited about was the set of custom cards Brett created... 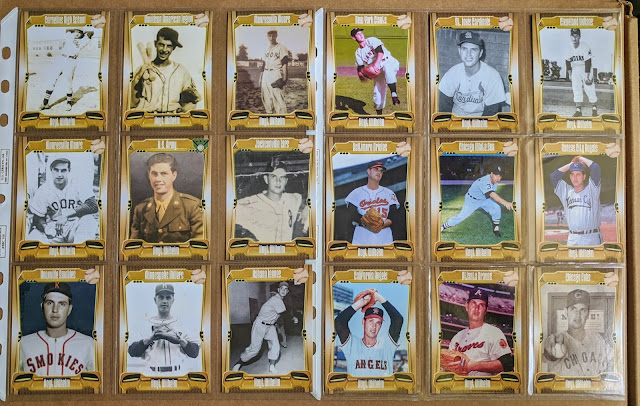 This is a comprehensive batch of cards examining Wilhelm's life. 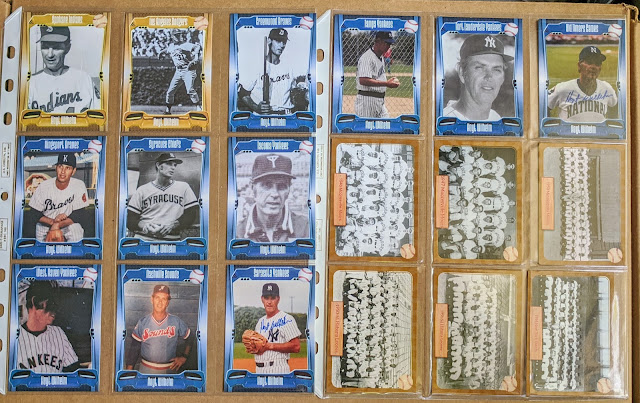 From his early amateur days, to his 21-year MLB career, through his stints as a minor league coach, it's all covered here. 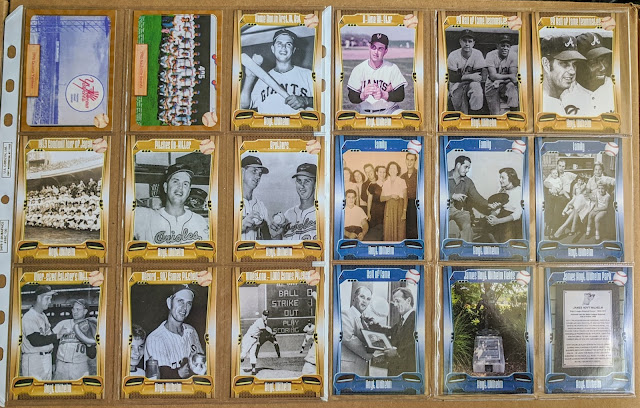 The cards were not cheap for Brett to make, as he worked with a printshop to have them printed up, but he was gracious enough to honor my request to acquire a second set to give to fellow Hoyt-head, Nick from the Dimeboxes blog. I just wouldn't have been able to enjoy the cards to the fullest knowing my buddy Nick was left out of the Hoyt lovefest. But it all worked out and I was able to surprise him with his own set. 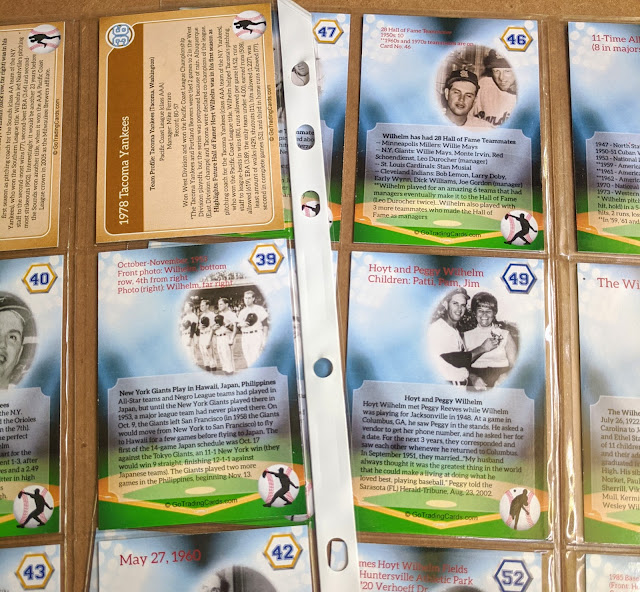 Here's a peek at the incredibly informative backs. Lots to digest here, and I still need to carve out time to read through them all.

Brett, huge thanks for the Hoyt mega-mailday! This stuff dwarfs the moderate work I did photoshopping a few pictures, so I'm in your debt.. Just let me know if I can ever lend a hand with anything for you.

Any fellow Wilhelm Warriors and Hoyt Hounds should be sure to check out Brett's new Hoyt Wilhelm Online Museum blog and corresponding Hoyt Wilhelm Fan Page Twitter account.
Posted by defgav at 3:29 PM