Another Padre fan in Portland

My old best friend Doug was in town staying with us for a few days this past week. I've mentioned Doug a few times on the blog (he collected Tony Gwynn when we were kids, which prevented Gwynn from being my "main guy" back then because I didn't want to copy him) plus I've mentioned Doug a few times on my 1991 MusiCards blog (we were always sharing our CD collections and musical discoveries back in the day, and he helped turn me on to a lot of bands I love). But yeah, he had moved to San Diego in the middle of the school year in Fourth Grade and we were thick as thieves into our early 20s. But then my brother-from-another-mother got married to a gal who was a bit controlling and basically strained the other relationships in his life, so after that we didn't hang out much other than catching a Chargers game on tv together once in a while. And once I moved away from San Diego, we weren't really in contact other than semi-annual check-ins on Facebook.

But the other day he drops the news on me that they're getting a divorce and he's looking to make a fresh start, with Portland being a top consideration for relocation. So he was in town for a job interview, got the job, and now plans to move up here in a week or so. What a crazy turn of events! Of course I feel bad for the guy going through a divorce (they are still on friendly terms, at least), but I'm very excited to have my buddy back. It'll be great to regularly hang out with him again.


So anyways, that's cool. And it'll be nice to have another Padre fan in Portland.

And on that topic... another local member of the Friar Faithful, Padrographs Rod, dropped a great box of assorted cards on my doorstep the other week. Let's check out some highlights! 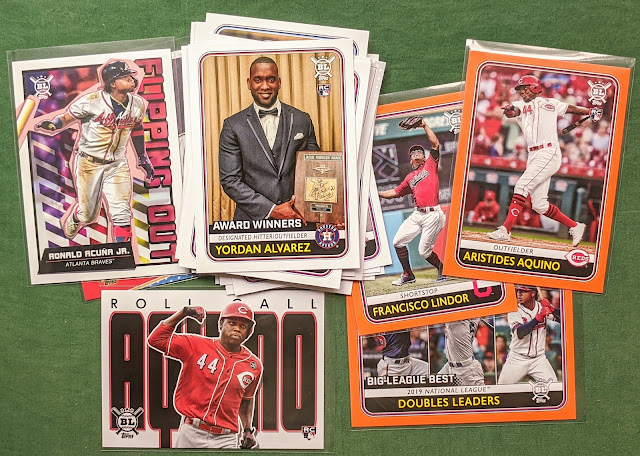 Nice lot of 2020 Big League. I haven't ripped any of this, so I appreciate the chance to add some PC guys and notable rookies. 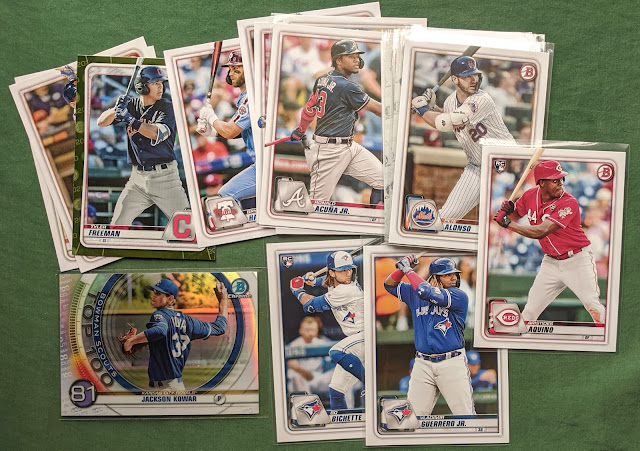 And same with 2020 Bowman.. I haven't even tried to locate any of this on shelves. 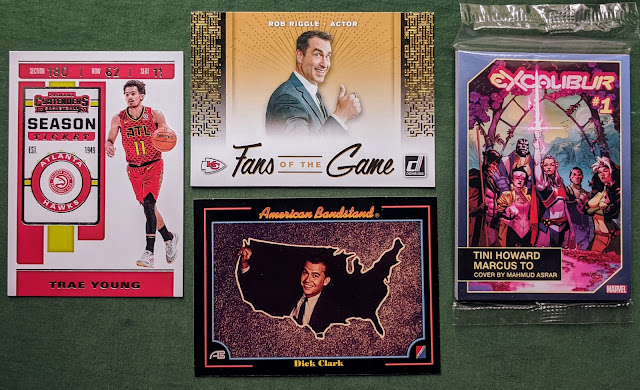 Some miscellany here. That Rob Riggle is going right to my Thumbs Up binder.. starting a second page. Dick Clark here completes a 2nd set of American Bandstand cards for me (both from Rod). If anyone wants one (for either a hair above postage cost or trade equivalent) just let me know. 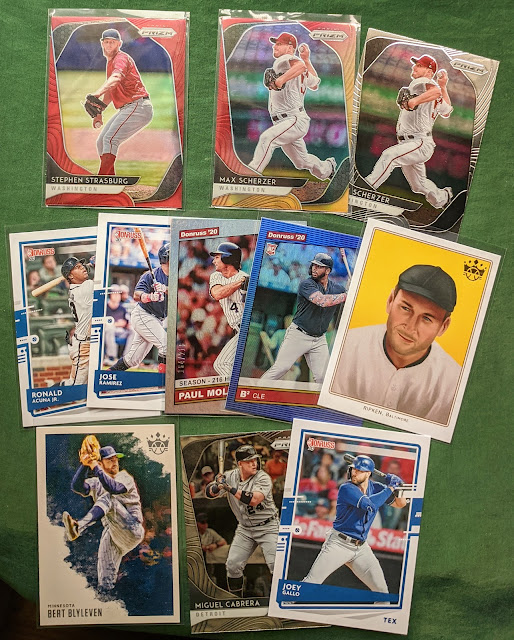 Panini representing the land of the logoless. Some neat parallels in here. 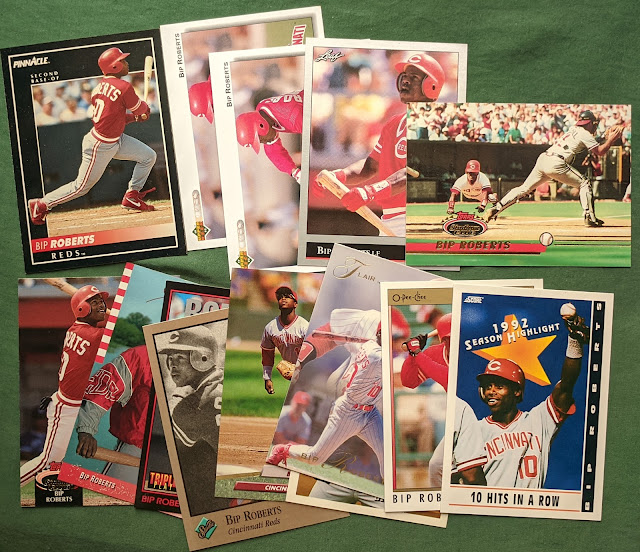 My buddy Doug isn't really an active card collector these days, though it's my understanding he does have a tiny collection, at least (a few Gwynns and a couple Trevor Hoffmen). I'll have to try to nudge him into collecting again once he gets settled. Sure would be cool to trade cards with him again 30 years later. Plus I'd love to have someone to dump my dupe Bips and Gwynns on! 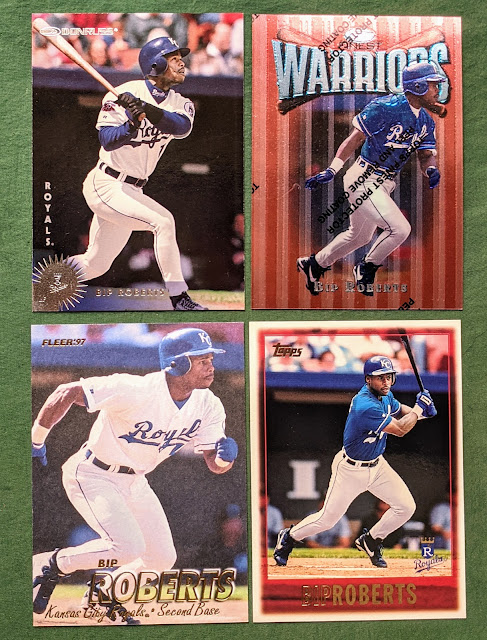 Bip's cards with the Royals always seem extra cool to me. So strange and dangerous! lol 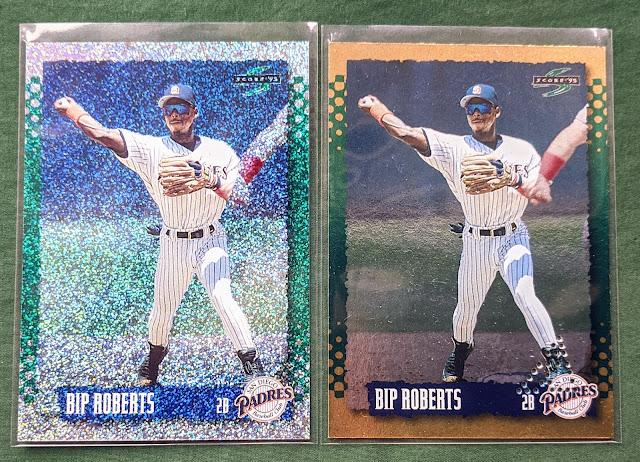 But these '95 Score parallels were probably the highlight of all the Bips in the box. 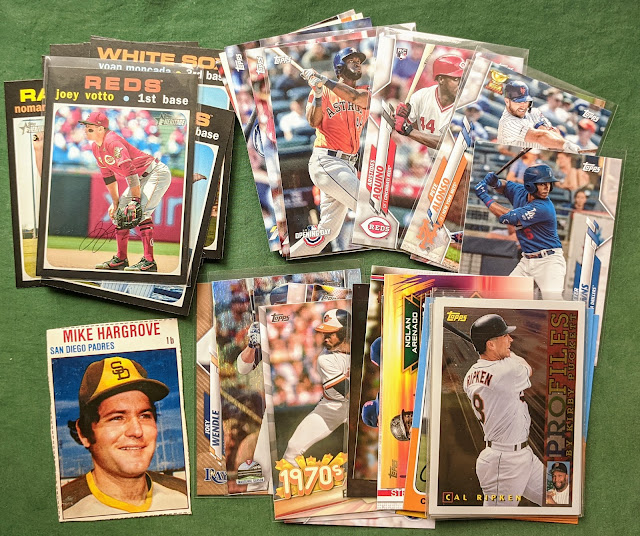 And some more cool cards. 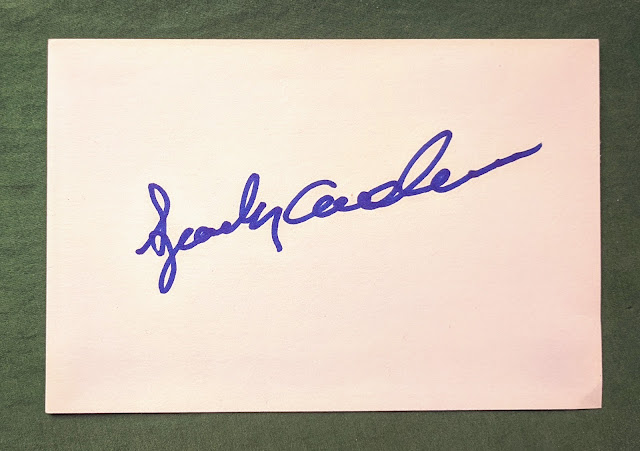 This Sparky Anderson autographed index card was offered up in one of Rod's recent giveaways.. glad I was able to snag it! The signature is too big to fit into a standard size card, but I'll try to think up something to spice it up with my custom card making ways. 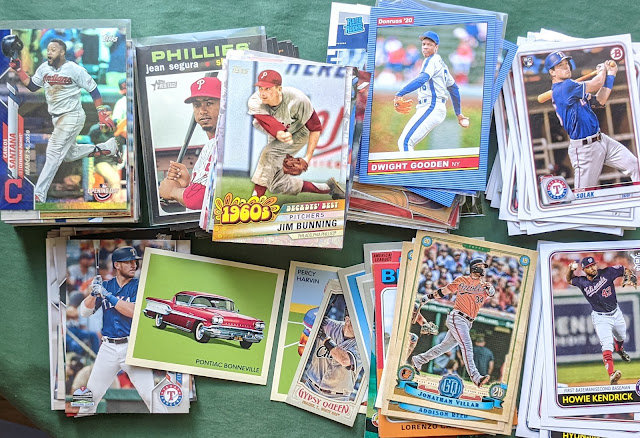 And some more stuff that might not stick in my collection, but still fun to thumb through.

Big thanks as always, Rod! I'm very lucky to be the recipient of so much great stuff from you over these past few years.
Posted by defgav at 4:47 PM

Email ThisBlogThis!Share to TwitterShare to FacebookShare to Pinterest
Labels: The spirit of 1990 is alive in Portland