Whoopsie-doodle, the last card I did in this series was #5 (Canseco and Madonna, from back in February.. those innocent, carefree days of yore). Nobody noticed, so I think I got away with it. But today we backtrack to #4, which is a very good hockey playing man. 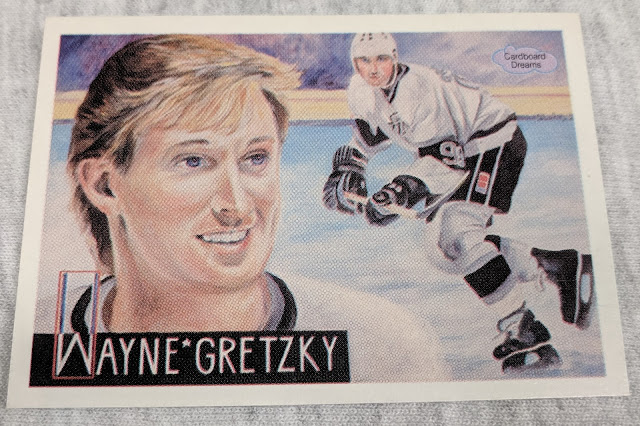 What do you think of this headshot likeness? I mean, you can tell who it's supposed to be, so I'd say it's good by those standards. I'm seeing a little Dolph Lundgren in there too. As for the action shot, I probably wouldn't have guessed that was Gretzk' unless maybe I noticed the uniform and guessed from there. Squint your eyes and it might resemble a Penguin.. like Sidney Crosby or something? Oh whom I kidding, I am a poser (poseur) hockey fan. I don't know a puck from my pecker! 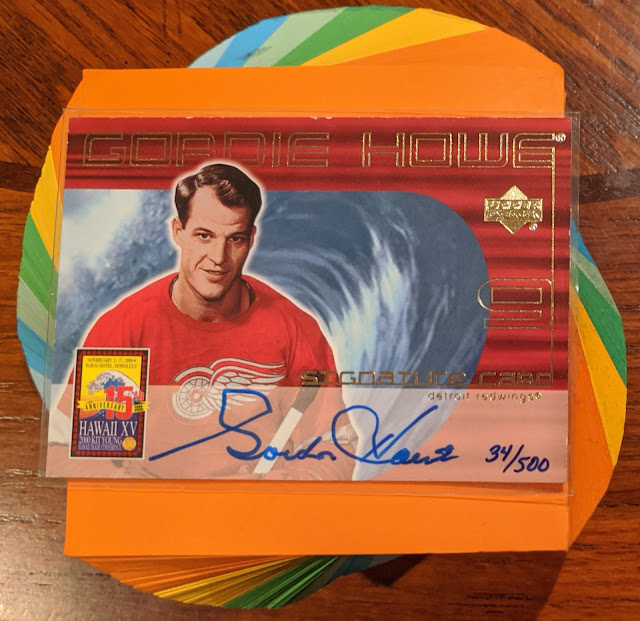 I went out and bought a Gordie Howe autograph card. Check this mother out! Big, horizontal on-card signature! Limited edition! Hawaii! (Oh man, I'm glad we squeezed in that Hawaiian vacation right before things started going sideways. We're still coasting off that high to get us through these days.) I love this card! I just wanted a Gordie Howe autograph so bad! He was "Woodrow" on that one episode of The Simpsons where Bart catfishes Ms. Krabappel!

I also recently scored this card! Full disclosure, it is not in-hand yet, but should be arriving very soon. I really hope the auto looks better in person and it's just a weird glare shown in the photo.
Love and miss the late Marcia Wallace.. so great!

Anyways, back to hockey...

I just dig hockey superstars and like to score good hockey cards for my collection once in a while. I assume it might be something like how maybe a guy who doesn't follow baseball much would still get a thrill out of owning an autograph from Hank Aaron or Willie Mays, ya know?

I'll probably target a Jagr next, but no rush. 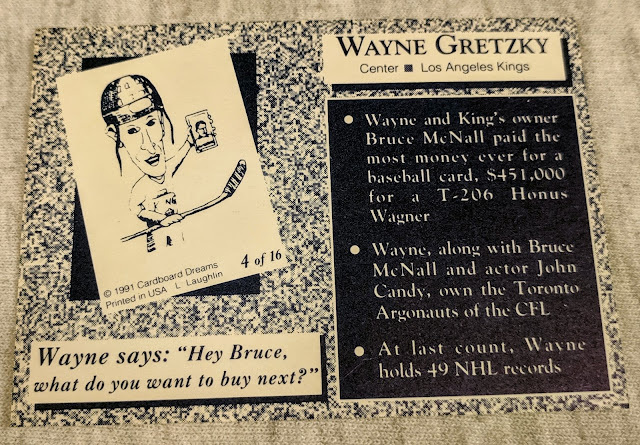 As with all these Cardboard Dreamers, it's the back doodle that always seems to steal the show with its endearing bizarreness that looks like it was drawn by a 6th grader on their binder divider tab page. The fun facts they share on the back are often quite interesting too!

I don't think it's Wayne's Wagner that scored that top sale, though, was it?.. I remember hearing there was some controversy about his being trimmed before he bought it. But pretty sure he sold it years back regardless.

• The Toronto Argonauts of the CFL are still around.. the franchise going on.. [checks notes] 146 years?‽‽! Holy crap! The CFL is seriously that old? That must be hooligans screwing around on Wikipedia with April Fools jokes that haven't been corrected yet because there's no way Canadians were playing football back when Lincoln was freeing the slaves!

Oh man, speaking of deceased actors I love a bunch and miss greatly.. John Candy! Wow, I hadn't heard about him co-owning a sports team with Gretzky and another guy. Spaceballs, Stripes, Plains Trains and Automobiles, Uncle Buck. SCTV. So much good stuff!

Oh man, remember Rocket Ismail? They signed him for a huge contract-- we're talking T206 Wagner territory!-- and then the team won it all in 1991. That must've been a thrill for Bruce, Wayne, and my man John Candy.

I honestly have no idea what an Argonaut is. Is it like an arrogant astronaut?!

Here is a cool song by Frank Black called "At the End of the World" which might seem like it's fitting for these times, but is actually written about John Candy.


Cool song, right? It was a b-side to the "Headache" single.

Oh man, I've really been neglecting my MusiCards blog! I haven't posted there since before the dark times. Gotta start cranking out posts there again soon.

Candy sadly passed away in 1994, shortly after he sold his stake in the team.

• The last bullet-point on the card talks about Gretzky's records total. Wiki says, At the time of his retirement in 1999, he held 61 NHL records: 40 regular season records, 15 playoff records, and 6 All-Star records.

Yep, he was pretty good!

But I think I've achieved a sports accomplishment that not even The Great One could dream of... 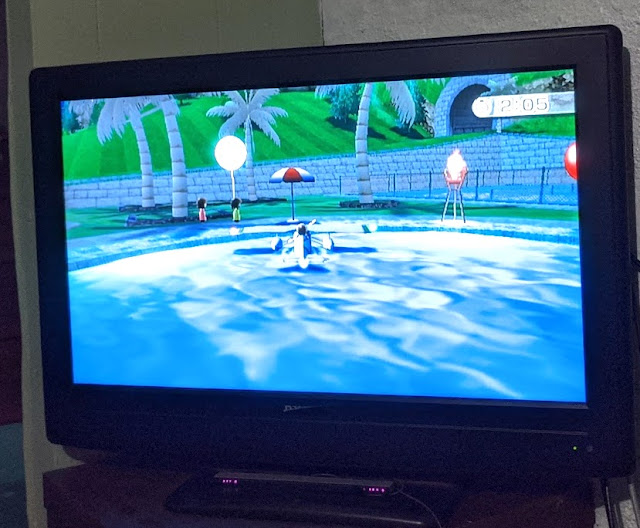 The other day I was playing Wii Sports Resort - Island Flyover subgame.. an old favorite game of mine when I just want to chill out and fly around like I'm Roy Halladay (RIP, the psycho son-of-a-gun). It's really fun. Sometimes I like to challenge myself to pull off trick moves just for fun (Not like you score points for it or nothin'), and the latest thing I managed to pull off was landing my plane in a swimming pool. It's tough because it's a small pool and you need to time your landing just right or you'll crash. But yeah, after a few attempts, I managed to just barely splashdown safely with a cut engine for a minute or two just hanging out with the kids at the pool. Pretty cool, right?! LOL 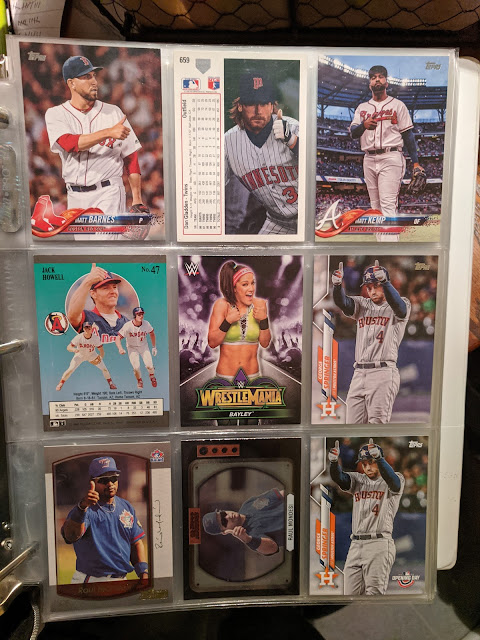 Have a great weekend, everybody! To help raise some good vibes, check out the first completed page of what I hope will one day be a decent-sized Thumbs-Up Binder! Yeah, a couple photos are reused, so it's not perfect-- but still! Nine different cards with a thumbs-up! 👍
Posted by defgav at 12:52 AM