My recent move scooched me a little closer to fellow Portland-based Padres fan, Rod of the longrunning Padrographs blog, with the distance between us going from 6 miles down to 4. Nice to have a close-by collecting buddy, especially a generous one like Rod who occasionally drops off longboxes of fresh baseball cards for me!
Time to take a look at some highlights from my latest bounty. And let me stress how great it is to have "blind" cards to thumb through these days because since covid I haven't gone to a card show or bought product (and I don't do group breaks) so the only cards i've been getting are the occasional mailday where i generally already know what I'm getting.. so that means I'm lacking a vital "mystery excitement" aspect of my personal collecting experience. So a big batch of random cards is great for that fix. 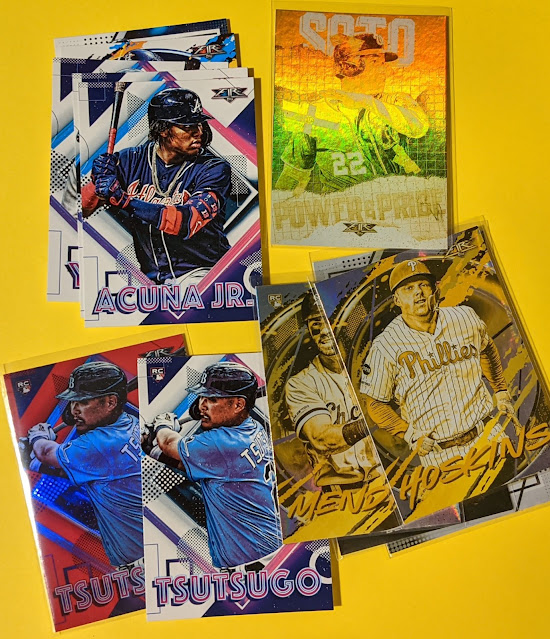 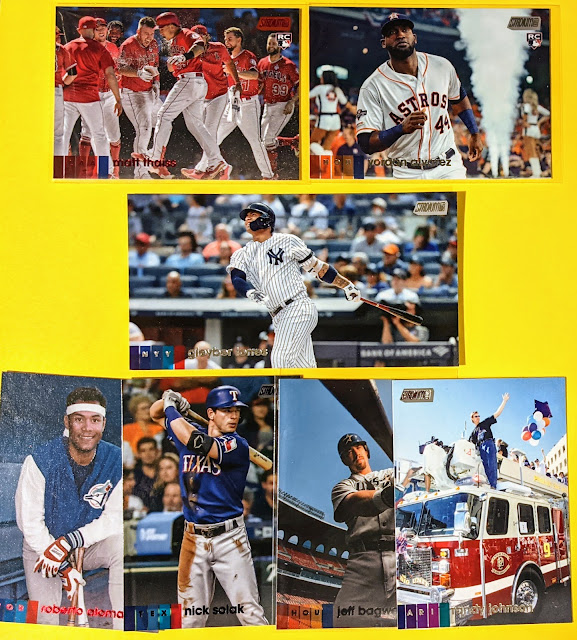 Rod's boxes gave me my best first-hand look at 2020 Stadium Club. Just a few highlights and parallels pictured here (Solak and Bagwell are black foil), plus that one in the middle is a wide boxloader thingy. Pretty cool, even if might be a hassle to find a place for. 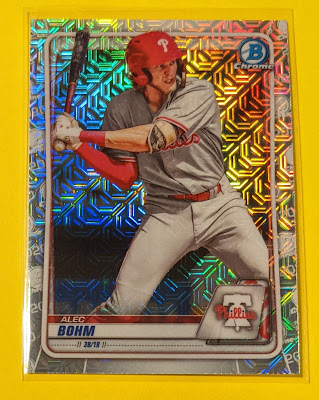 There was about a pack or two's worth of 2020 Bowman in the boxes, and I'd say the highlight was this mega refractor of a guy I heard about thanks to him contending for NL ROY this past season. Bohm picked up 9 first-place votes, even. 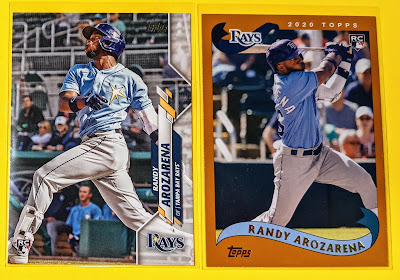 Oh, during the postseason I had myself a bit of the ol' "FOMO" because this rookie Randy Arozarena was tearing it up and i didn't own a single card of his. But boom, now I got a couple RCs at least.. sweet! 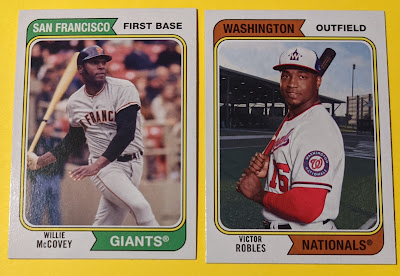 I didn't have much 2020 Archives before now, so it was cool to get a closer look at it, including these two silly creations by the Topps cardmakers. The McCovey is trolling collectors such as myself who have been pining for an official/real A's card of Stretch for a lifetime now. Topps is all like, "this is as close as you'll get, nerds!"
And the "Washington Nat'l" ref with the Robles color scheme is a hoot. Is this special or just a base card? [...looks it up...] That's the base card version; there is a variation that changes it to "San Diego" w/ "Nat'l Lea.". The Padres on the '74 design seem to have a similar variation, but changing the city to Washington. Now I kinda want the Tatis version of that... if it weren't so expensive. 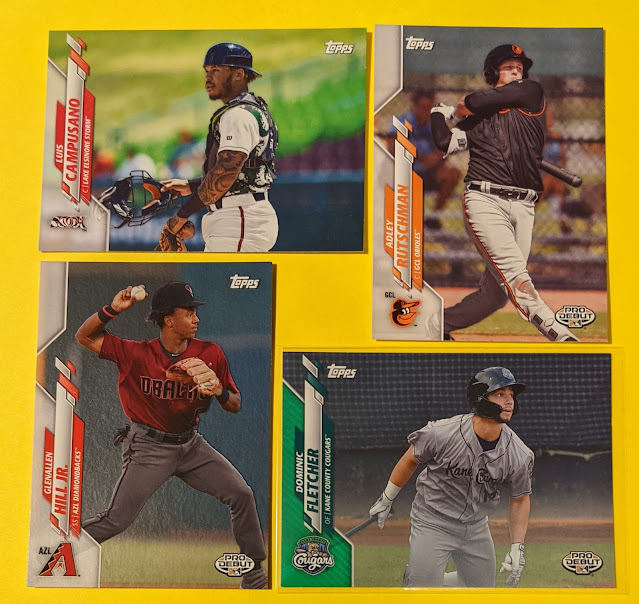 My first sampling of 2020 Pro Debut shook out some semi-familiar names as a /99 green parallel.

Speaking of low print-runs, I got a few of Rod's spare Padre customs in the mix too. Always fun stuff. 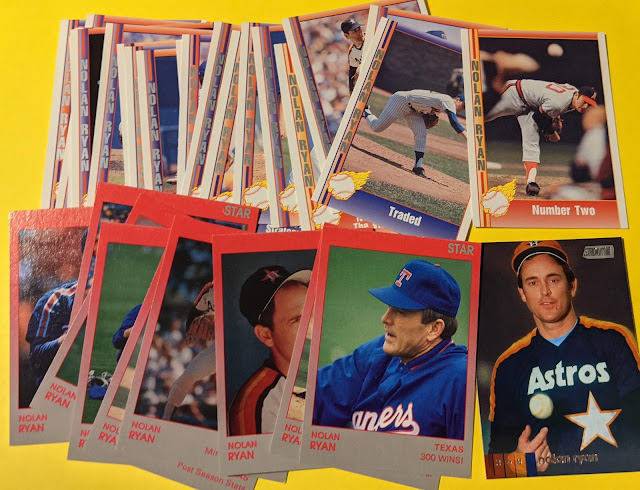 The quantity king of this delivery was the Express himself, Nolan Ryan. If I didn't already have over 100 unique cards in my Nolan Ryan PC, I do now. I got an immature giggle out of that "Number Two" card and had to check the back to see if it included Nolan's career toilet stats. (That reminds me of a new thing I came up with recently. It's like #walletcard but #toiletcard, and I'll leave it at that unless commenters demand a post further expounding upon the phenomenon, but it might be best left "TMI". Bottom line is I found a use for my extra factory set of '91 Upper Deck,er.) 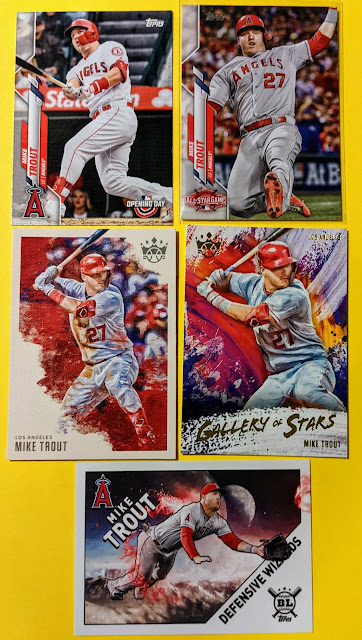 Cast a wide net and pulled up a bunch of Trout. 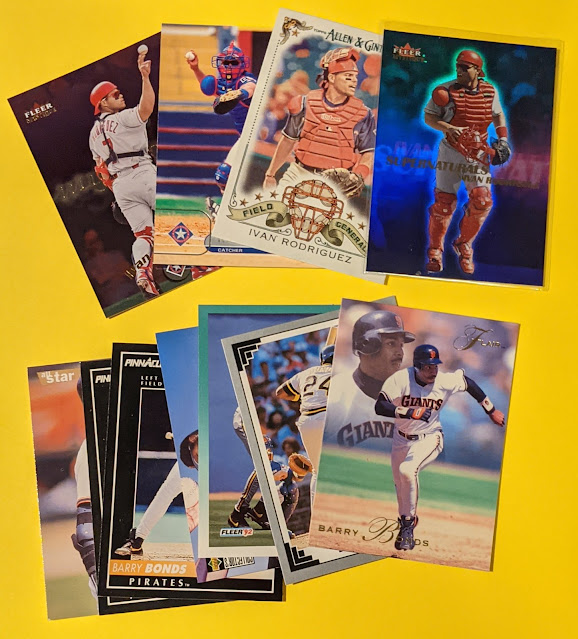 The boxes were mostly modern cards, but some Bonds-era stuff was mixed in, good to fill a few PC holes here and there. 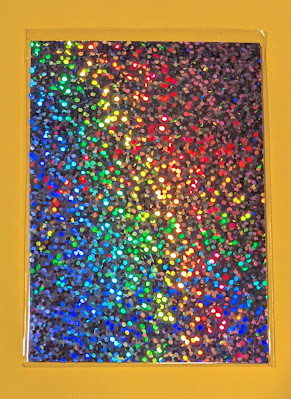 This is the back of the above Ivan Rodriguez 2000 Fleer Mystique "Supernaturals" insert. Did it really come out of the pack like that or is this an example of card-art or something? Either way.. shiny! 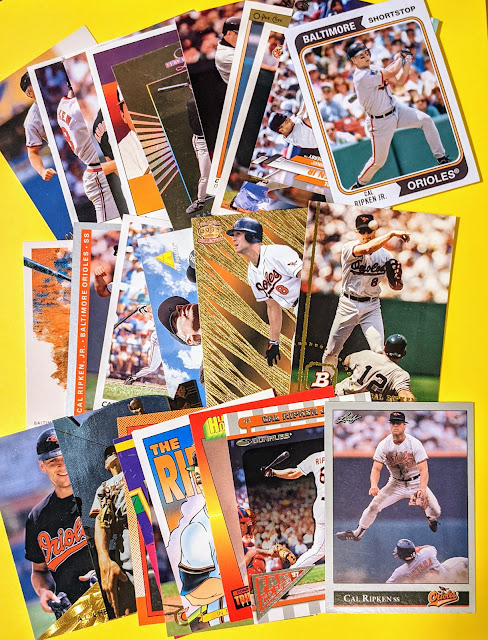 Cal Ripken wasn't too far behind Nolan as far as thickness of PC stack from this haul. From the look of that hovering '92 Leaf shot, Cal's about ready to ride off into the sunset, so let's wrap up this post. 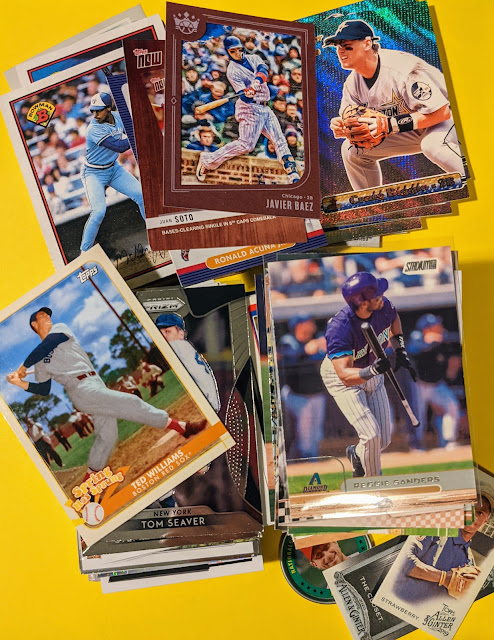 Lots and lots of keepers that would take way too long trying to cover, so I'll just again say big thanks to Rod for keeping the fresh cards flowing. Much appreciated!