Hey all, I'm having a bad time at the moment, hating the hobby and everything else, but here's a draft from last November I haven't gotten around to posting yet.

I try to keep my collection cards-only due to storage/space/money concerns, but occasionally I venture out of the 2D realm and pick up a figure-type collectable. I recently scored a couple that I figured I'd show off on the blog. 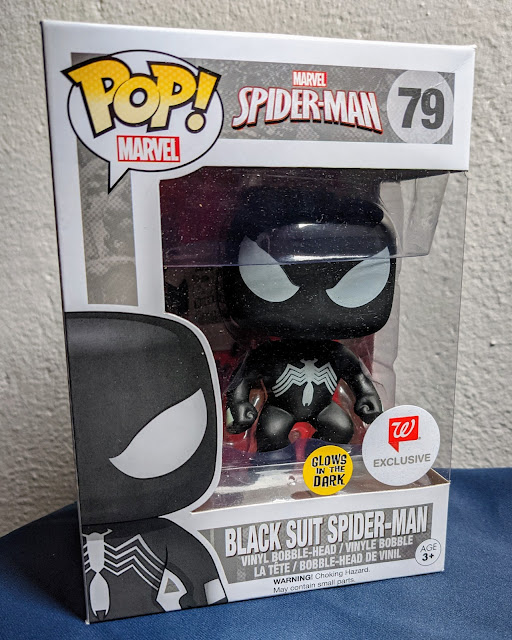 I gotta say that I generally don't like Funko Pops. It's specifically the dead, black eyes that creep me out. But occasionally they put one out where the eyes get spared that treatment and those ones typically look ok, like this black suit Spider-Man I picked up recently. My first (only?) Funko. 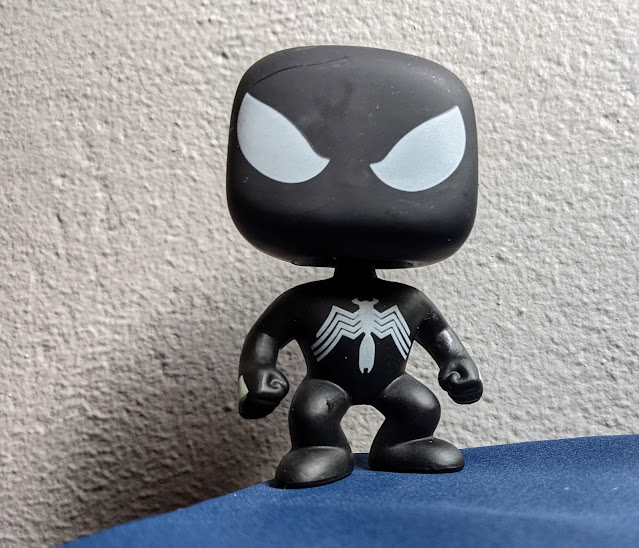 I'm not in it for the investing, so I unboxed. It has some imperfections anyways. 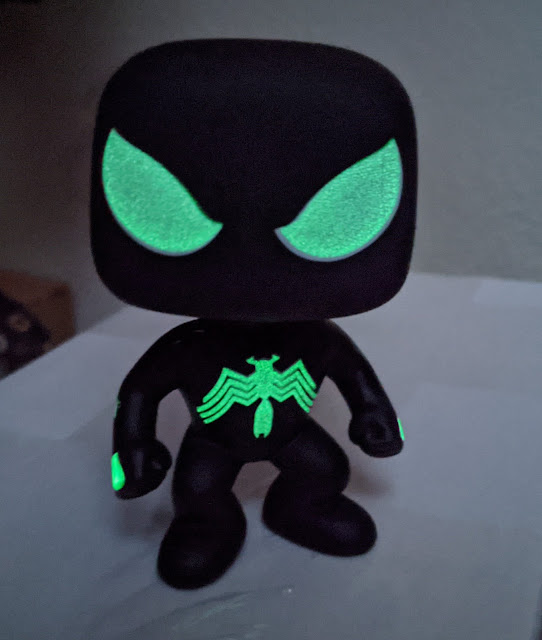 With great glowing comes great responsibility. This guy has now been added to the glow-in-the-dark bathroom/museum I've got in the works. I already had a glowing Venom comic on display, so I figured a Spider-Man version of that would suit me just fine make a good counterbalance. 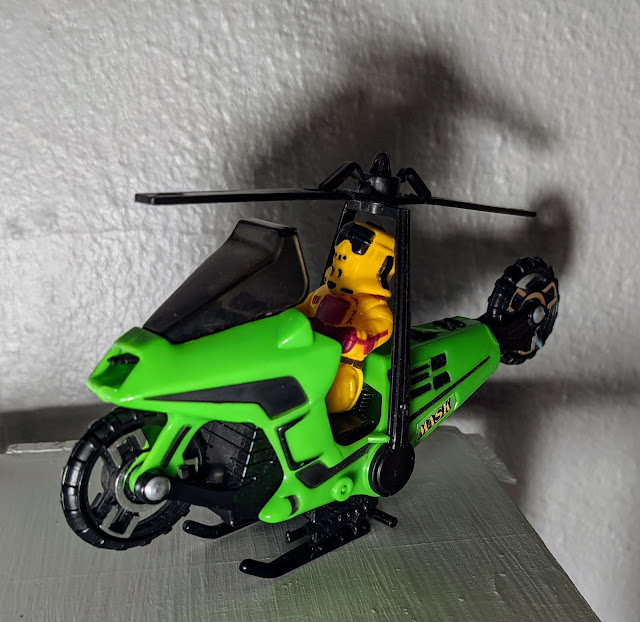 When I think of my favorite toy lines as a kid in the mid/late 80s, the crown goes to G.I. Joe and (the Real) Ghostbusters, but MASK is somewhere high in the top 10, too. I didn't realize how popular MASK was until joining a FB join with fans from all over the globe actively collecting the things. Sadly, I didn't keep much of my childhood MASK collection (I owned the big Boulder Hill playset and many vehicles), but I dipped my toe into collecting them as an adult by scoring this Condor recently. 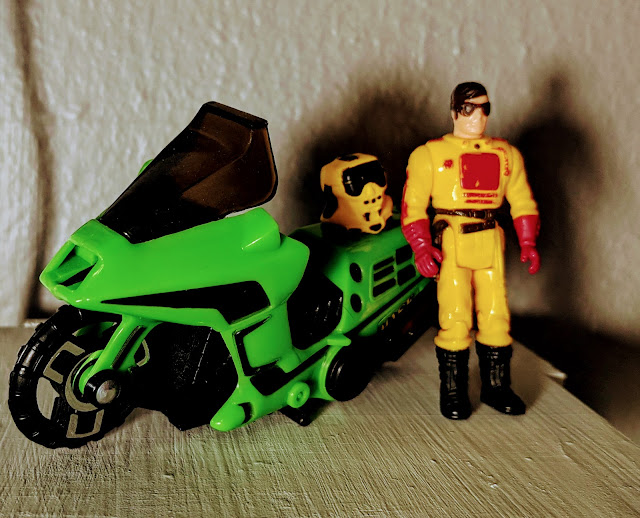 MASK was kinda like a hybrid of GI Joe and Transformers. Army guys with regular vehicles that you could change into weaponized vehicles (and the gimmick was the guys had special helmets). Condor was a motorcycle that transformed into a helicopter. I remember having this as a kid and loved it. I might try slowly rebuilding my childhood collection, picking up the toys I remember having or longing for. 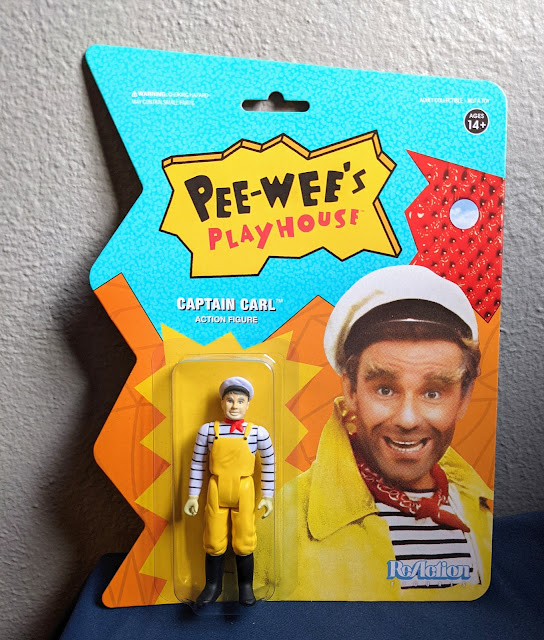 I was really into Pee-Wee's Playhouse as a kid, and still like it a lot as an adult. I had a couple of the toys as a kid. But the toy line didn't come out until season 2, and by then production had moved from NY to LA, and with that change, Captain Carl set sail to never be seen again (as Phil Hartman stayed in New York because of SNL). So when these retro toys were released a couple/few years back, I had to pull the trigger on Cap'n Carl here. (Not exactly a recent purchase, but for the purposes of this post...) It's my first of these type of things, but I can see myself coming back for more at some point.

So there you go. Part of me wants to build a toy collection resembling what I had as a kid-- and what I wished I had-- but man, those pieces of plastic ain't cheap today, so barring a lottery win, I won't be going too hard in that direction. But if anybody has any Star Wars, G.I. Joe, Transformers, Ghostbusters, He-Man, M.A.S.K., Sectaurs, Army Ants, Rock Lords, Visionaries, Go-Bots, Bionic Six, or Pee-Wee toys that you might want to part with for some cards, just let me know.