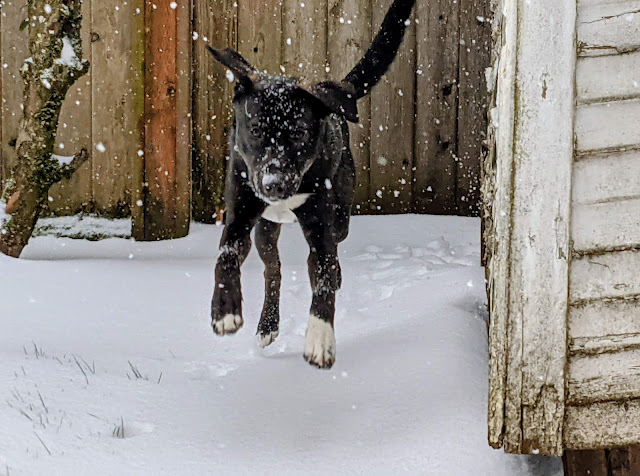 Ruby's first snow day! This is probably the best out of the many photos I snapped of her today.I wanted to get another post out after last posting in a bad mood. I'm doing ok now.. was just having a bit of the ol' "baseball card breakdown" that gives this blog its name. lol. (and also stress from work and the other dumb stuff weighing on me.) Thanks for all the well wishes.. You all are the best!

Let's pull a couple cards off the "To be posted" stack to take a look at. I've got a lot of stuff in that stack, but most of it is just waiting for me to muster up the drive to tackle the stuff that'll be time-consuming to write about. A lot of these cards I feel so strongly about that I don't want to half-ass a post for them, but then I just keep putting it off because lately it's hard for me to find the energy needed to put into a big post like that. But here are some cards that I don't have too much to say about!

But first, a baseball trivia question for ya...

Only two outfielders have won a Gold Glove in their final season. One is Roberto Clemente. Who is the other? 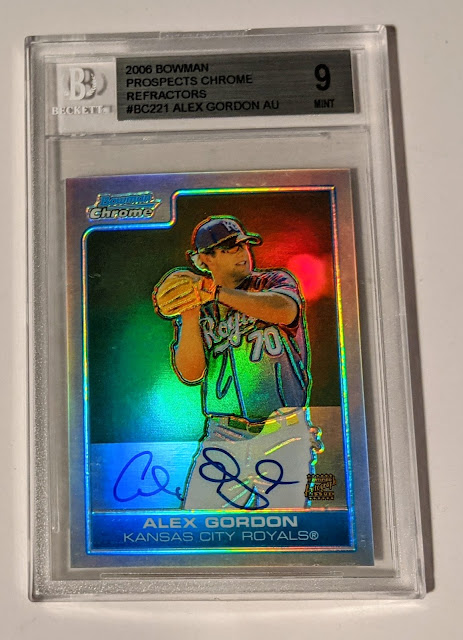 Maybe you remember a few months back when I posted my Alex Gordon PC and lamented the fact that the only auto I had of his was an unlicensed stickergraph and that I wanted to score a better one someday? Well, I did! I got this early Bowman Chrome refractor auto. Love it! This is his first Bowman auto, even if it doesn't carry the 1st Bowman designation (I guess he had a base card in 2006 Bowman, but this auto is from 2006 Bowman Chrome?) 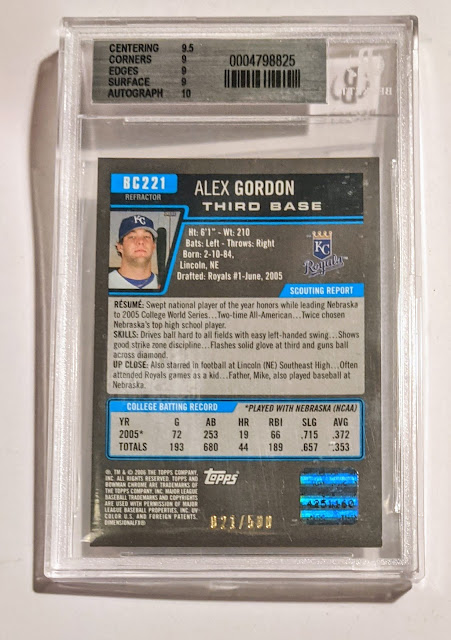 21/500. Nice cherry on top of my little Gordon collection. 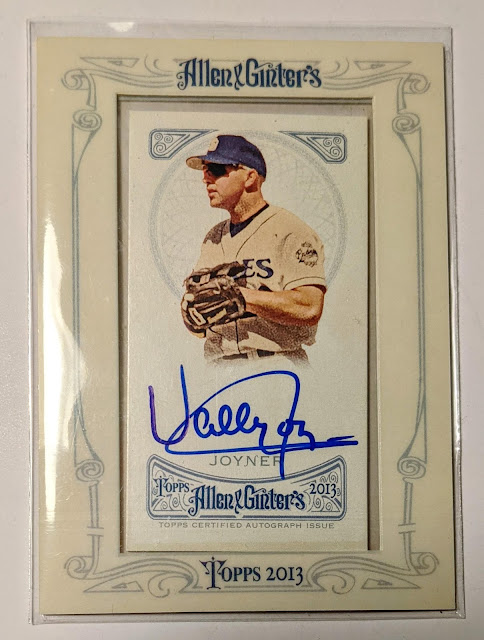 Wally Joyner doesn't have many autographs featuring him from his Padres days. I liked him well enough during his stint in San Diego and figured I'd score a cool card to commemorate it. Don't mind an excuse to add another framed Ginter mini to my collection. They're adorable. 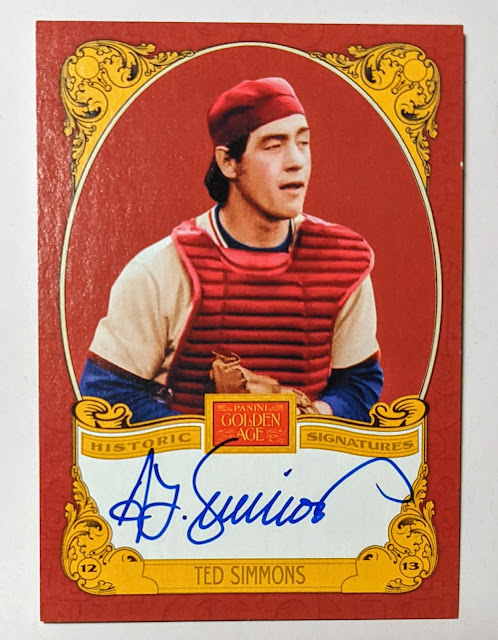 I bought this Ted Simmons 2013 Panini Golden Age auto way back in the carefree days of January 2020 but just never got around to posting about it. I suppose I don't have to post about every card I add to my collection, but there's something procedural about doing so that I appreciate. Simmons has surprisingly few certified autographs on the market for a guy of his stature (fan favorite, recent HOF veterans committee inductee). I thought this was the best looking of his couple autos available. The catchers gear picture mitigates it being unlicensed. Was it Jon (Penny Sleeves) who was working on this auto checklist? I think it's a great design. Great to get Simba representing in my collection with a sharp auto. 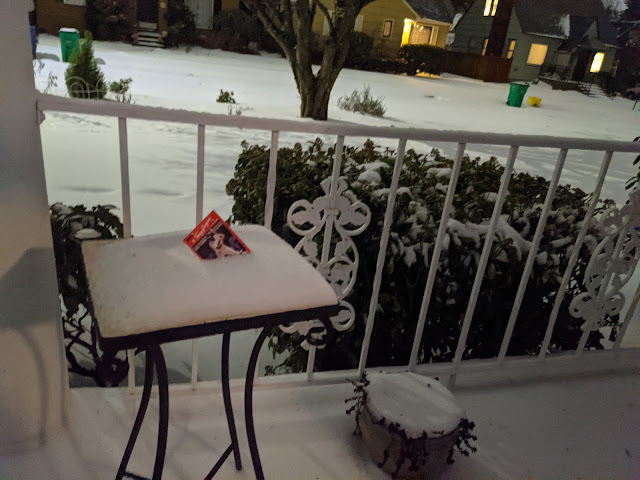 Let's close out the post with my first wallet card photo of the year. Looks like I'll be spending my 3-day weekend relaxing at home. Stay warm, guys!