Backtracking with 1982 Topps (because I'm a dummy)

I completed the 1982 Topps set back in 2018. But then I stored the set away in a longbox with the Cal placed on top in a rigid plastic case to keep it extra safe (been in there basically since pulling it from a pack as a kid). And then I also put my slabbed Traded '82 Cal in there too. This turned out to be a mistake; when the box was closed, Cal's cases dug into some of the cards beneath them. I assumed it was one of those boxes that had some breathing room above the cards, but no, it was one of those boxes without much space between the cards and the top of the box.

So now I've got a few cards from my '82 Topps set that find themselves in the condition of "upgrade would be nice" thanks to ground up edges on that one side facing the top of the box. I feel like a fool, but at least it was just '82 Topps, a set of cards that-- Ripken rookie notwithstanding-- are generally ubiquitous and inexpensive, and it could have been worse, as most of the damaged cards were commons. 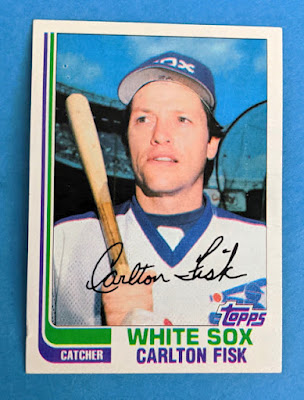 I say "most" because HOFer Carlton Fisk looks like he had himself a bit of a home plate collision. 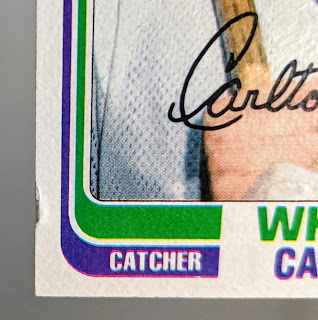 Not like the card is completely ruined, but for a flagship 80s set, that's gonna bug me.

If anyone has some sharp '82 Topps singles available and would like to help me out with a friendly trade, here are the cards I would like to upgrade:

There were a few more with very minor damage, but these 6 are the only ones bad enough for me to worry about. Lesson learned: don't store encased cards in a box of cards like that. 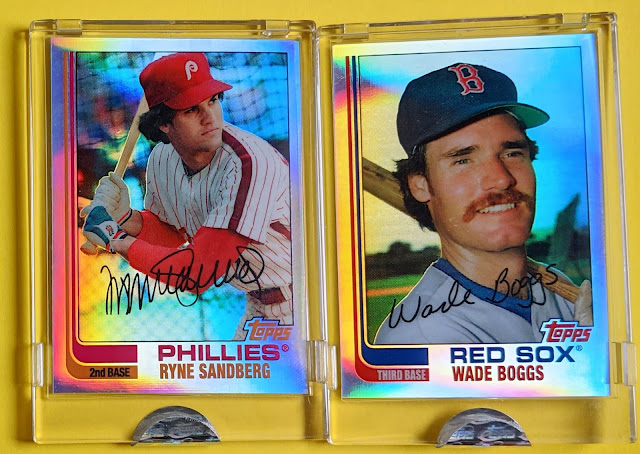 Topps did a little run of Cards That Never Were back in 2007, and a few of them got the refractor treatment through eTopps. I just fell in love with them a few months back and have been working on the set. Expect another post on that once I collect 'em all. But anyways, yeah, these are a couple cool cards that could have been. I'm a little sour at Topps for leaving out the other of the Big Three rookies from '83 Topps: my guy Tony Gwynn. But oh well. 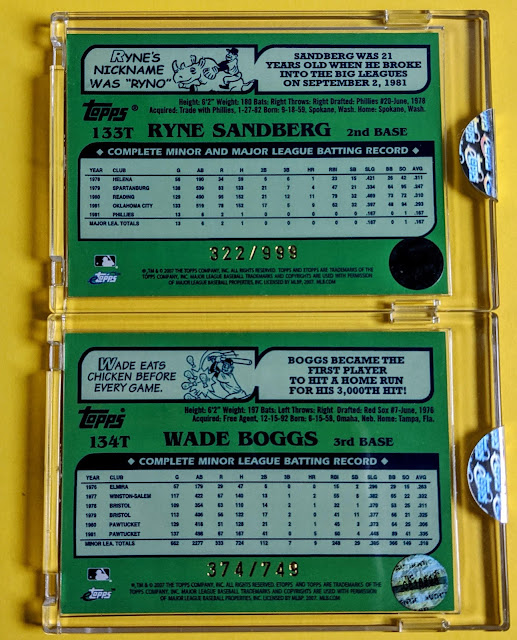 They did a decent job making "real" backs too, which I greatly appreciate. To nitpick, the numbering implies the cards are from 1982 Topps Traded... but the Traded backs were red in '82, not green like the base set. And Sandberg wouldn't have been in the Traded set as a Phillie since he started the year in Chicago.. so this card would make more sense in the '82 base set since he got a cup of coffee in Philadelphia at the end of the '81 season. Also, why does the cartoon say his nickname was Ryno? When did it stop being Ryno?!
As for the Boggs, the mention of his 3000th hit is *looks up a big word* anachronistic. As a custom cardmaker, I try to avoid that kind of stuff when making a "card that never was" type of dealy.
But otherwise, yeah, neat cards! 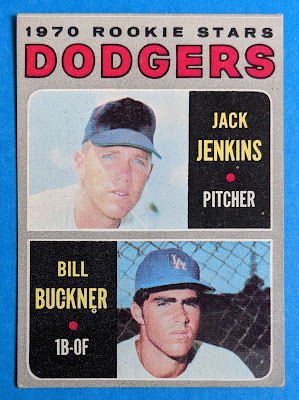 From the same seller I got the Boggs from, I also got this baby Bill Buckner rookie for my 1970 Topps setbuild. Pretty good snag at just 99¢ and no additional S&H. I've still got a long way to go with that set, but feels good to keep chipping away at it.