Welp, I should have had my big COMC shipment to enjoy this weekend, just a quick trip from Washington down to Oregon, but adding to the comedy of errors, the USPS misrouted it and it's currently bumbling around Northern California for no good reason instead of clutched in my hands. grrr. Hopefully it finds its way to me eventually, though I've got a busy couple weeks ahead of me, so now I probably won't have the time to really go through it for a while anyways. Sure would have been perfect for this slow weekend, but oh well I guess. Honestly I'll probably just toss the box directly into the trash when it arrives, possibly dousing it with gasoline and setting it aflame in an orgy of spite and fury. Ok, maybe I'm being a little over-dramatic now.

For today's post, here are a few more Topps Retired cards I picked up recently. I'm still obsessed with this line that Topps put out for 3 years, 2003-2005. Looking at my eBay purchase history, my card purchases for the past couple months feature winnings of (10) Retired listings and (5) other (non-Retired) card listings. And that's pretty much all the cards I've bought over the past two months. Haven't been on Sportlots in a while, and it'll be some time till COMC is back in my good graces. I could have gone to the card show last weekend, but anticipating lots of people and raised prices, I decided to just stay home. They probably didn't have any Retired autos I needed anyways, and I think that's basically what I'm focusing on until the hobby bubble bursts and I can start working on vintage sets again. 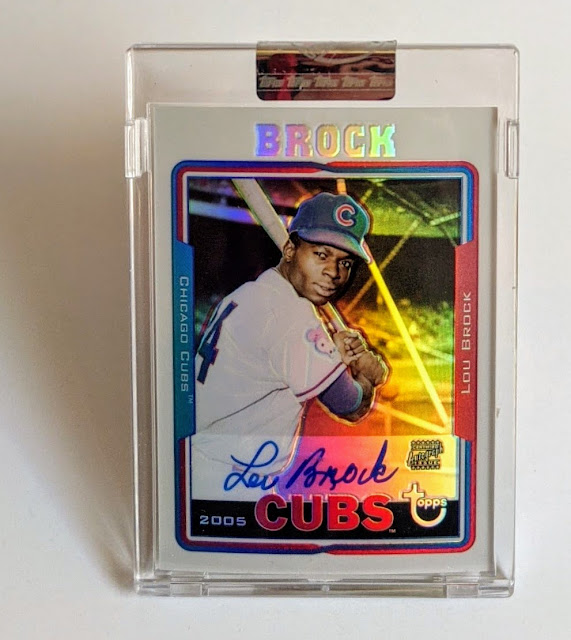 This 2005 Retired Lou Brock refractor auto was a terrific win for me, as I had actually bought one of these a few months earlier, but the seller flaked and never sent it or responded to my inquiries (which was weird because it was an eBay user I've dealt with a few times in the past, scoring a few Retired cards from him and even selling some to him years back). I got a refund from eBay and eventually this other one popped up and I ended up winning it for a few bucks cheaper, so I suppose it all worked out in the end. 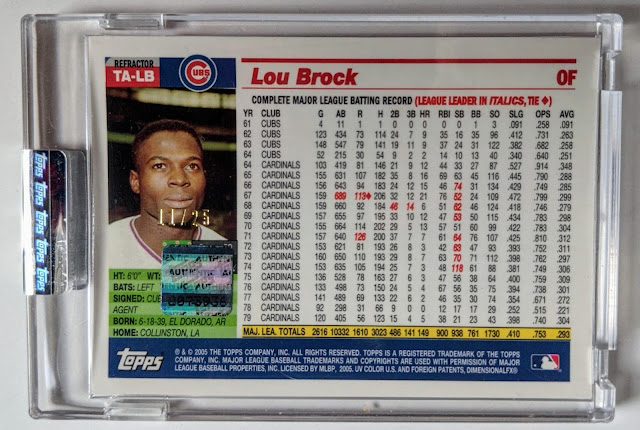 Brock is more associated with the Cardinals, but I think it's refreshing to see him from his early days in Chicago. The speedy HOFer sadly left us last September. 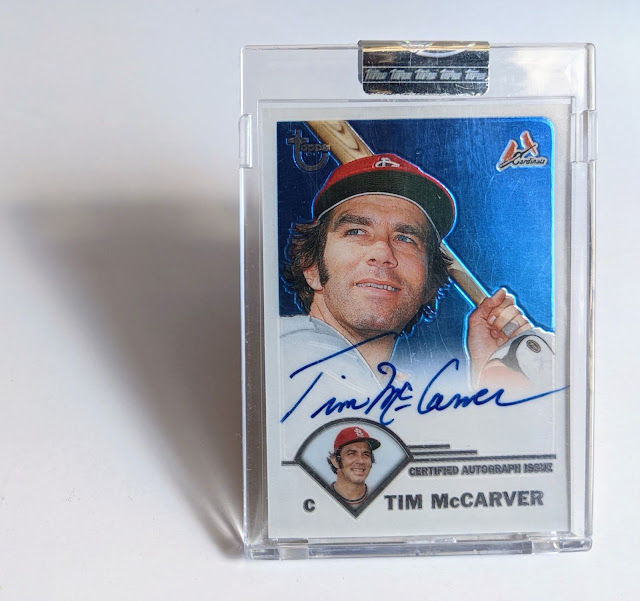 Here's a former teammate of Lou's in St. Louis. Tim McCarver and Joe Buck teamed up for probably my least favorite baseball broadcasting team ever, forced upon us by Fox every postseason for several years. But now that McCarver's been retired from the booth for awhile... time heals all wounds and whatever, he's fine. I don't see this 2003 Retired card for sale very often, so I went after it when it popped up at a solid price. It's just a base auto, but I'd love to upgrade to the refractor parallel someday. That big blue sky would look great with some rainbow shine on it, I'm sure. 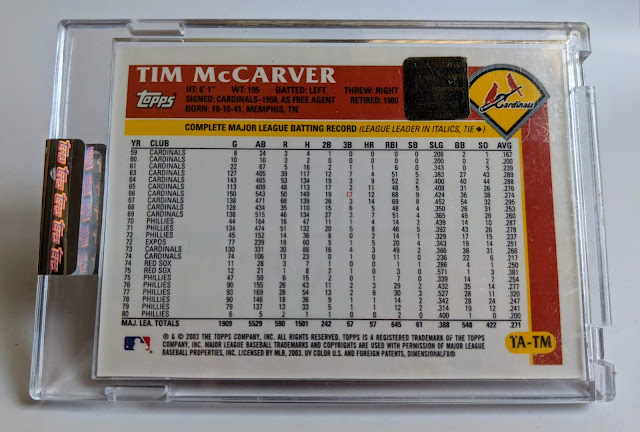 Wrapping up the post is a trio of John Candelaria cards from '05. I typically don't go to hard after non-auto Retired parallels, but I like Candy Man and this lot was a decent price, so I took a run at it. It's my 2nd Retired printing plate, following a 2005 Tippy Martinez plate auto. (Base cards and autos had separate plates inserted. Auto plates have stickergraphs on them, not signed on-plate. I wouldn't be opposed to try getting this base plate signed IP/TTM someday.) 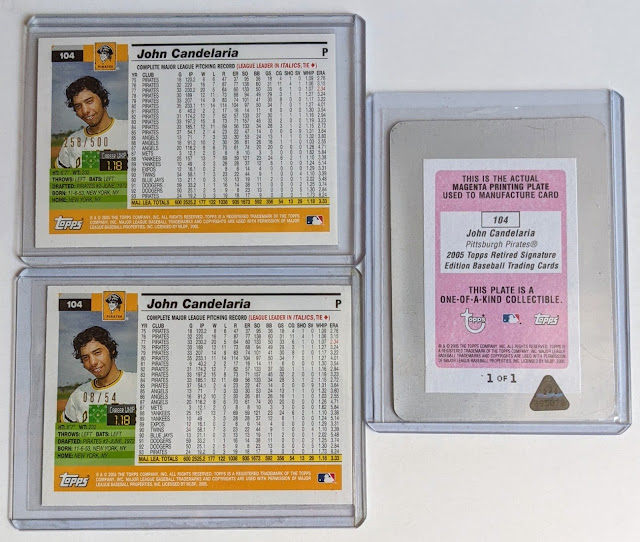 Golds are /500 and the black is /54. Good colors for a Pirate. The only other parallel in '05 Retired is the rainbow foilboard 1/1. I've got the Kaat of those. Maybe someday I'll score the Candelaria and complete the rainbow, but won't hold my breath.

Thanks for swinging by.