Earlier in the year, I posted about a 1991 Classic baseball trivia board game I bought for the cards and mentioned I had intentions to turn the gameboard into a wall display. Well, I finally got around to that and it turned out pretty good! 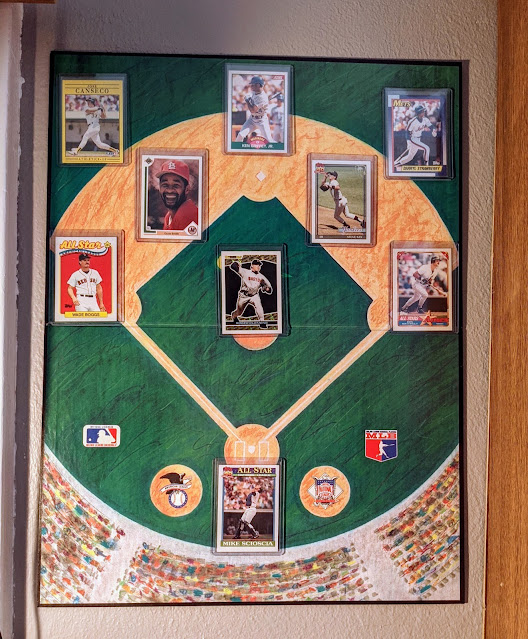 Here ya go. As you can see, it's built to field a 9-card team. I've currently got the Springfield Nine out there. Matching players to positions makes the most sense with this layout, but hell, you could throw 9 random Reggie Jackson cards in there or whatever. If the baseball gods smile upon me and San Diego finally wins the World Series someday, I'd likely put the Padres' championship starting lineup in there. 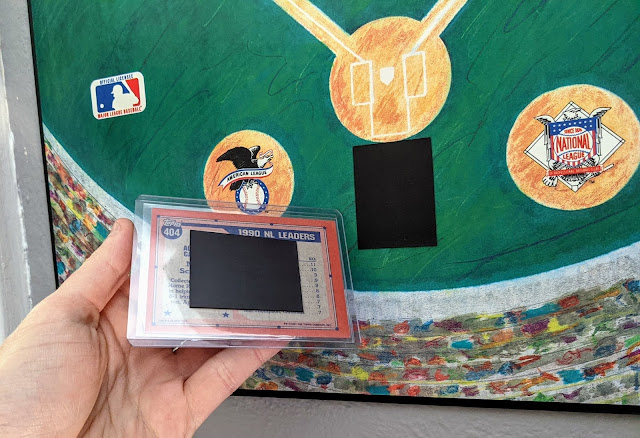 Cards are held in place by magnet stickers-- cheap on eBay or Amazon-- each with one on the board and one on the toploader, making them super easy to remove and swap out cards, yet they stick well enough to where I wasn't able to just shake them off, even with a pretty good jolt. I had considered using velcro, but am happy with the sleeker, quieter choice of magnets. 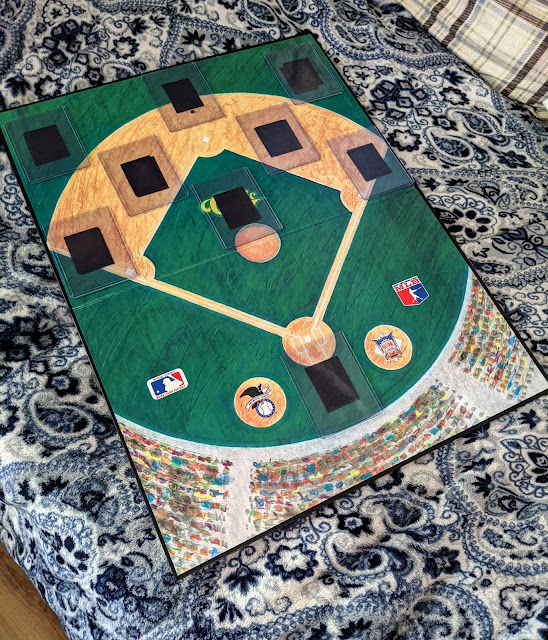 Here's a look at the board sans cards before I put it up. 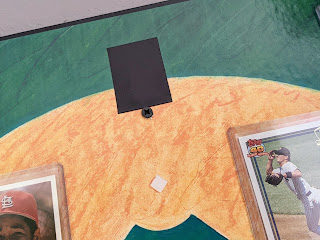 Drilled a hole in centerfield (welp, still the infield, but working with the space allowed) and screwed it into the wall. Thought about putting another screw at catcher, but instead just a piece of blue tape underneath was sufficient to anchor the bottom and keep it level. 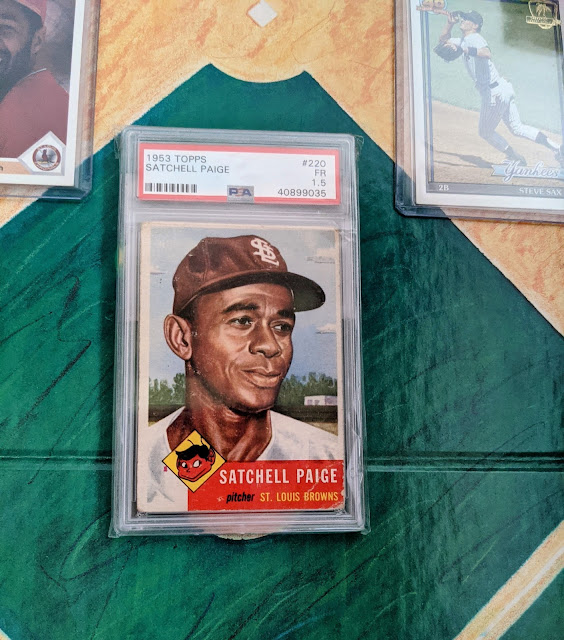 Encased cards are no problem either. Just throw a magnet into the protective sleeve. I should mention that magnets can differ in strength, so if you try this at home, obviously test how strong the magnets you're using are before trying it out with good cards. Weak magnets could present a problem. 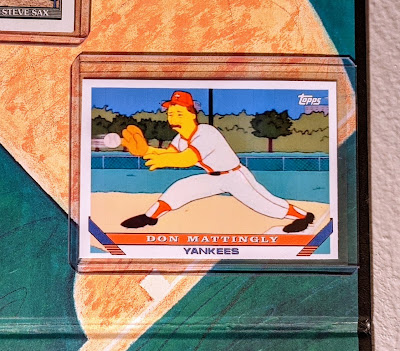 Adding a horizontal card into the mix works too, but requires a different toploader with the magnet rotated 90° so that the magnetic poles line up with the board or whatever. Score a point for velcro in this instance. Thick cards would need thick top-loaders, too. But with enough toploaders and magnets, you could have pretty much any combination of cards in your display. If you're low on supplies, you could try just jamming the magnet behind the card in the top-loader instead of sticking it to the back, but I'd be wary of damaging the card that way. Another method would be like with the above graded card and just put the toploader in a team bag with a magnet in it. 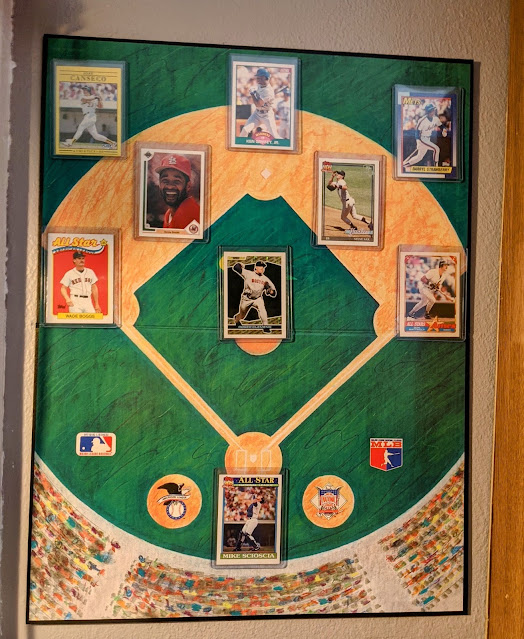 It's a nice touch to my little cardroom that I've been working on since moving into our new house a few months ago. Between shelves and stuff Tetris'd in there, this was one of the few bare spots on the walls in the room. The area doesn't get direct sunlight, so I shouldn't have to worry about cards fading, though I probably still wouldn't put out high-dollar cards for too long, same as with any display.
You could add a 10th spot in the dugout for a DH or manager if you wanted, though I'm content with this layout for now. If I wanted this to be a team-centric display, I might stick a round '89 Upper Deck hologram sticker or maybe old Fleer sticker over the opposing league's on-deck circle-- so like if I was doing a Padres board, I'd slap a Padres sticker over the AL logo.
But yeah, it's a fun, "living" display that barely cost anything to put together since I already had the board. I'm looking forward to trying it with different combinations of cards. If it starts to feel stale, just swap in some fresh cards.

What do you think, sirs?