In a way, Steve Garvey is my oldest PC. I had an oddball bread card of his as a kid before I really started collecting cards. Still got it today. The only cards I've owned for longer than that are 3 commons from 1980 Topps, and I've yet to start a Mickey Klutts PC, so that gives the collecting longevity honor to Garvey. 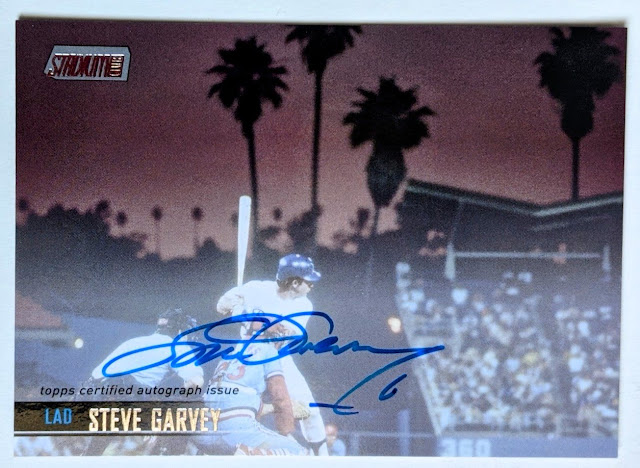 Ha, gcrl just posted this card today, but I had already started this draft. I too was compelled to snag this gorgeous Steve Garvey autograph from 2021 Stadium Club, which extends his active PC streak record in my collection. Savor the moment, Mr. Clean! 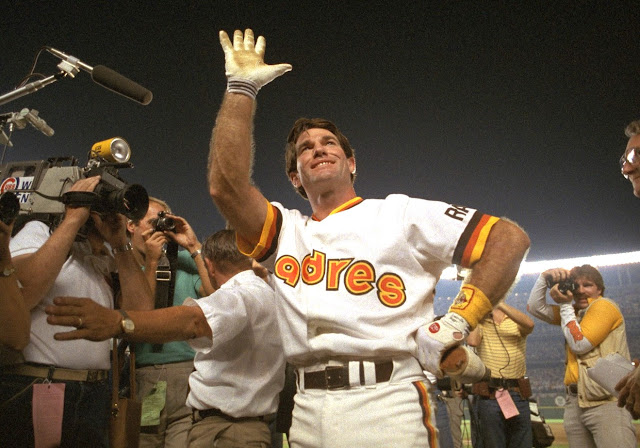 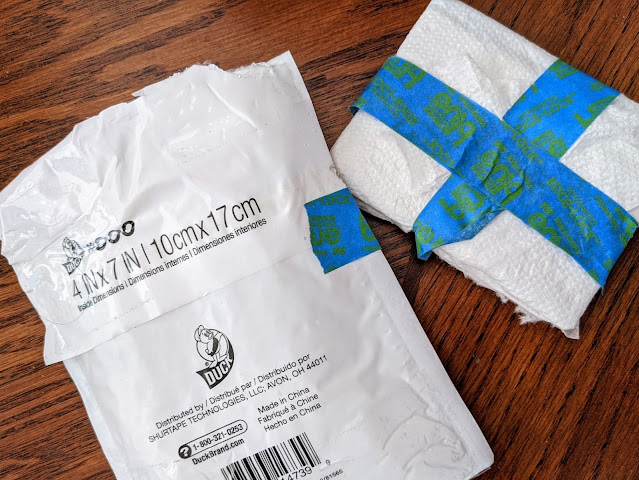 Oh, since we're coming off of blue tape and pull-tab awareness week, I figured I'd look at the packaging job by this seller. I wouldn't say it was "bad", but still a bit unorthodox, using blue tape on a paper towel wrapping the cards. (It originally looked nicer, but I restaged it after I thought to snap a photo.) No pull-tabs, though. The thrifty sumbitch I am, I was still able to salvage a few inches of usable tape to reuse. And when I get paper towels in packaging like this, I end up using it (like for wiping countertops and whatnot). Sometimes if the packages are big enough, I'll use them for picking up dog crap in the backyard. I figure that's a "green" thing to do.. save a bag, right? lol. But this one was too small, so it got trashed. (Just let me know if you want me to go more in-depth about my "poop patrol" innovations.) 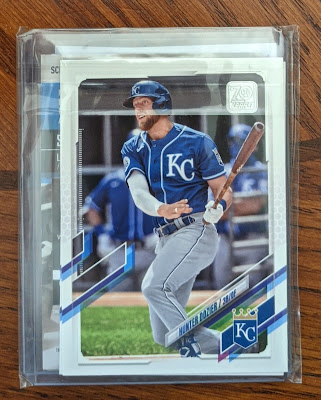 But anyways, inside the paper towel was a team bag that contained the Garvey in a top-loader flanked by a few surprise 2021 Series 2 cards. Hey, always love random commons as a buffer bonus. I can often find a keeper or two for my collection. In fact, I was able to complete another "9-Pocket PC" page with a card from this lot. 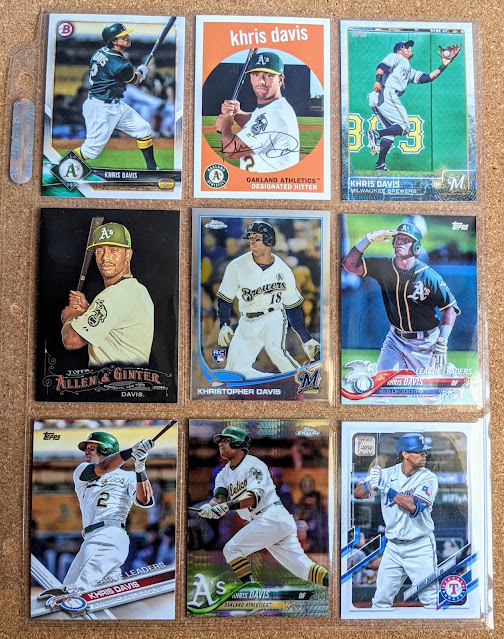 Yeah, Khris Davis is a guy I kinda-sorta thought about collecting for a minute back during his historic run of batting exactly .247 for four consecutive seasons. Seems like a good dude. Hit some big blasts in his prime. Never quite added his name to my "PC guy" list, but I'll settle for a solid page of his cards here and call it good. A sharp Chrome RC gets center-square. That's a fishfractor below it, though not a great pic of it in action here. Looks like the lowly Rangers released Khris last month and he's still a free-agent, so that 2021 Series 2 card might end up being his flagship swansong. 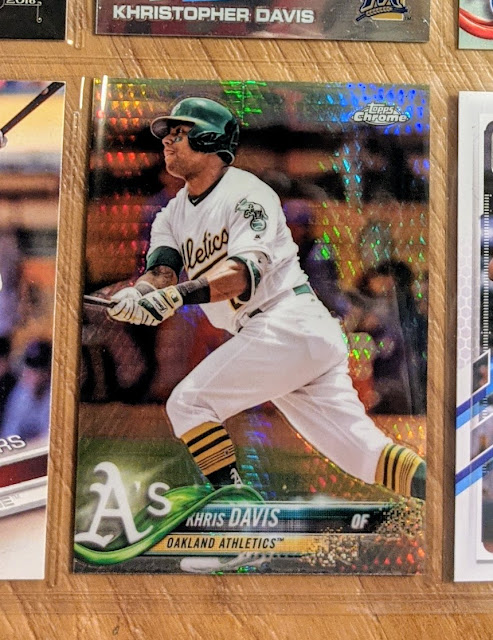 My photo of the backs turned out blurry, but instead please accept some good fishfraction. (sorry, but I refuse to call these prism refractors. But I would also accept dragonfractor.)
Thanks for popping by, kind readers.
Posted by defgav at 9:50 PM