Hey all, I'm back from a vacation in New England, but that big recap post will have to wait for another day when I'm not so exhausted. For now, here are a few more packs of custom cards I bought from wthballs. Gio has been cranking out a new custom card image every day since starting up his blog in mid 2013.. the consistency is impressive! His greatest hits get selected to be printed and join the collections of those who purchase his packs (He's basically just covering expenses, not making much if any profit, as is my understanding). 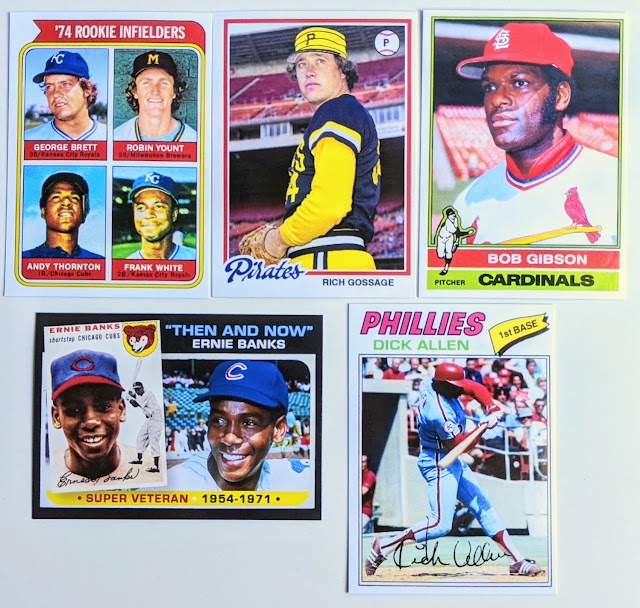 Here are my favorites from the "4th Series" pack. I try to pare these down to my top 4, but made an exception to show the great "Then and Now" Ernie Banks, sort of an imagined 1971 mash-up of the Super Veteran cards from 1983 Topps and the Father & Son cards from 1985. Then we have a few cards that coulda/shoulda been, including a super-charged '74 Topps 4-player rookie infielders card, the "Goose as a Pirate" Topps card we were deprived in 1978 thanks to Rich being airbrushed into pinstripes, a 1976 final tribute for Bob Gibson, and a 1977 Topps card for Dick Allen that Topps has little excuse for dropping the ball on. Dick played in 85 games in '76 and then played in 54 games for Oakland in 1977 before retiring midseason, yet his last Topps card as a player is 1976. 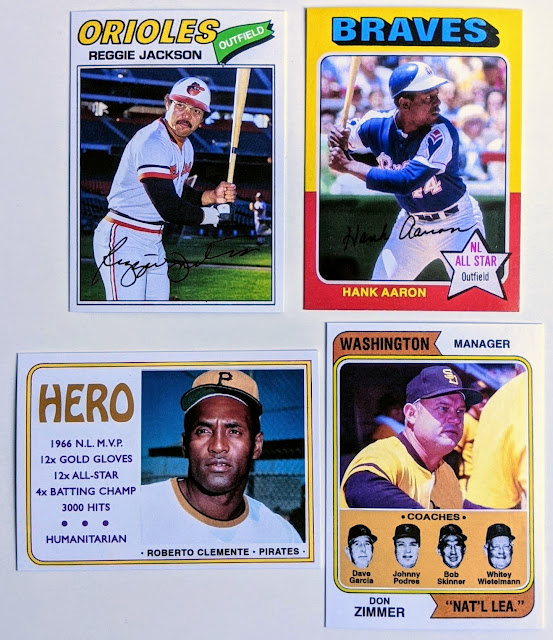 Next are highlights from the "Fifth Series" pack. I'm always a sucker for Reggie as an Oriole. Love the upgrade to Hank Aaron's 1975 Topps All-Star card. A proper farewell to Roberto Clemente in 1974 would have been a nice gesture by Topps, but alas, a custom is better than nothing. There's no manager card for the Padres in 1974 Topps, but if there was, it'd probably look something like that Don Zimmer card, imagined here as a Washington variation. 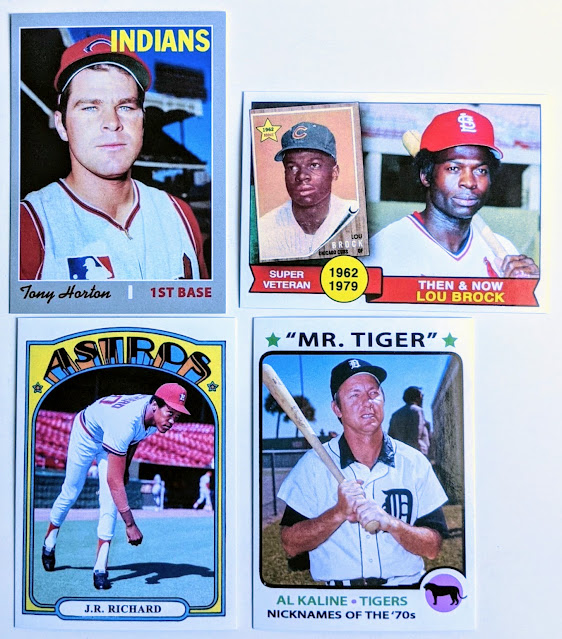 So much goodness in the 5th series pack, I had to share a few more. Tony Horton had some personal issues and never played nice with Topps for whatever reason, so his only real cards are oddballs. Lou Brock gets a fantasy Super Veteran card from '79. No longer confined to a 3-player rookie card, J.R. Richard gets room to stretch out here on a 1972 card of his own (RIP; get vaccinated, folks). While 1973 Topps is probably my all-time favorite set, a fun nicknames subset would have made it even better. 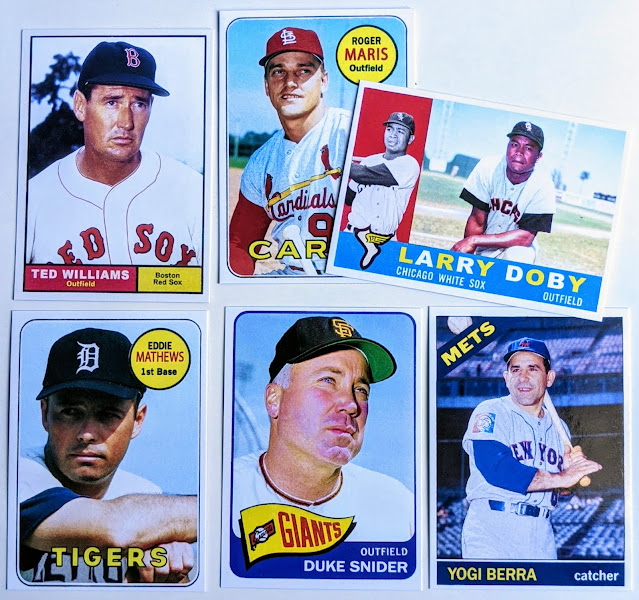 Gio typically sticks to the 70s, but the next pack is a special one for '60s Career Cappers. Most collectors would've loved if Topps gave these greats a send-off after their last year on the field, but no, Sy Berger and the gang apparently thought it'd be better to try to keep their product as aligned with opening day rosters as possible. Customs to the rescue! 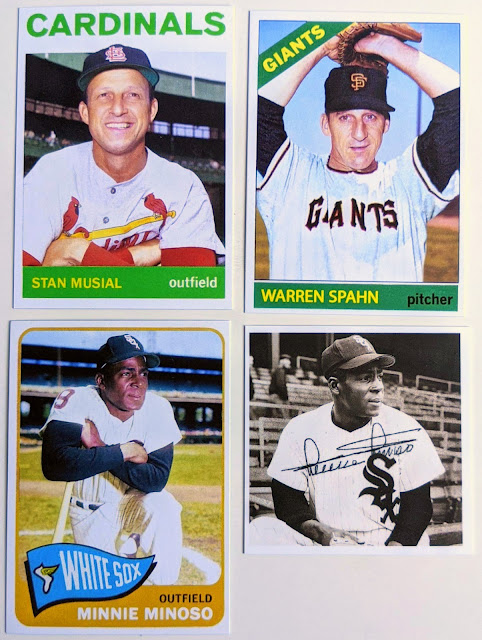 A few more here. Love the 1964 Musial (I briefly owned a Heritage auto in the design for a few months in 2015). It was a Minnie Minoso hot pack, pulling a velvet-touch insert of the Cuban Comet in addition to the base card.
And so anyways, there are a few cool cards to augment reality in my card collection. Thanks for reading.
Posted by defgav at 5:34 PM