Got me a Stan Musial autograph!

I've recently added another big card to my collection. 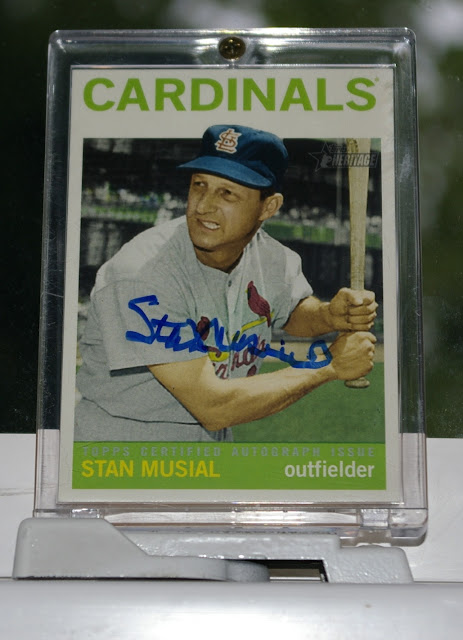 Stan Musial certified auto! He's one of my favorite guys to collect, and I've been after an auto of his for a while. 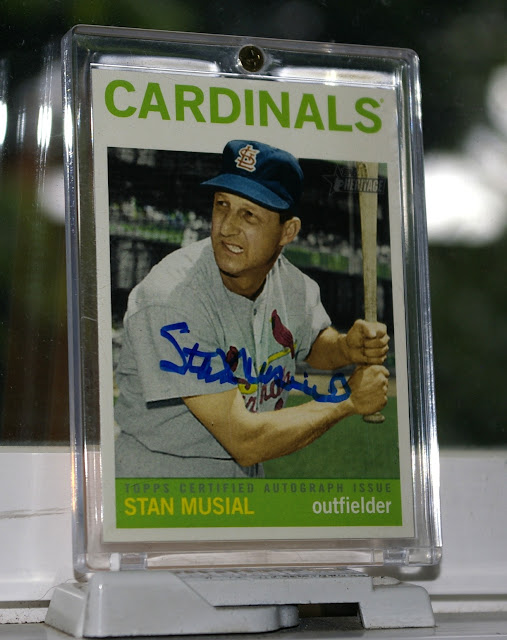 Stan's autos have kind of been devalued a little recently. I don't know the exact story, but my understanding is that Stan's family / business people had him sign a ton of stickers in the waning year or two of his life. In the years since his death, they've stuck the stickers on Stan's cards and sold them through eBay and the like. Apparently, Leaf bought a bunch of the stickers and even put out an all-Musial product where you're guaranteed an auto of The Man in every box, similar to their Pete Rose sets of past years.

Unfortunately, Stan's penmanship took a dive as his health deteriorated, so although he once had one of the prettiest signatures around, his later autos leave a bit to be desired. The auto on this particular card isn't his worst, but far from his best. He passed away at age 92 on January 19, 2013, not long before 2013 Heritage came out with this card. 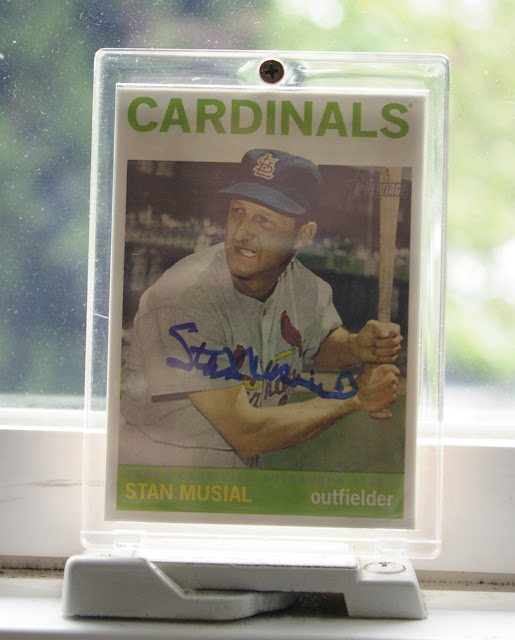 I really wanted an on-card auto, so I stayed away from the stickers, even though that would have been a considerably cheaper route. I particularly wanted this card-- 2013 Topps Heritage Real One Certified Autograph-- because it's a cool official Card That Never Was (That Should Have Been). Stan wrapped up his playing career with the close of the 1963 season. But (grumble grumble) Topps didn't give him a farewell card in '64, as was their wont. So this card does its part to help right that wrong. It might not mean a whole lot, but I'm glad he got to see and touch this card! 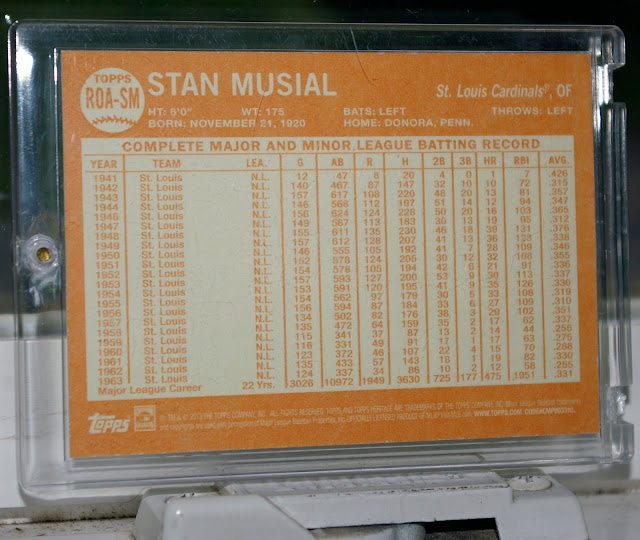 Full career stats! Love it!
Great guy and a hell of a career.

UPDATE: Sold this card 11/25/15. Sad to see it go, and I enjoyed it while I had it, but at the end of the day, I wasn't that attached to it. After spending a lot on cards in recent months, I felt like I needed to sell something nice to help balance out. Nearly doubled my money on it, at least. Stan and I will meet again (Still on the hunt for his 2004 Retired refractor auto.)
Posted by defgav at 3:59 PM