Yogi all over again (making a Dent in 2004 Retired refractors) 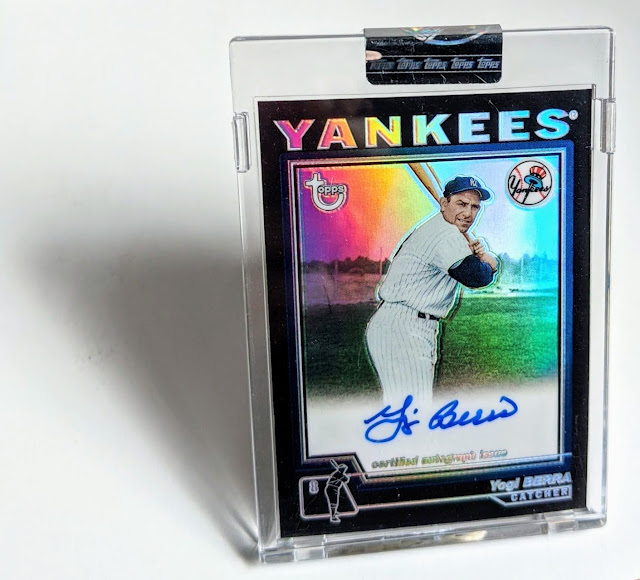 I was excited to score this beautiful Yogi Berra auto for my 2004 Retired refractor set recently. 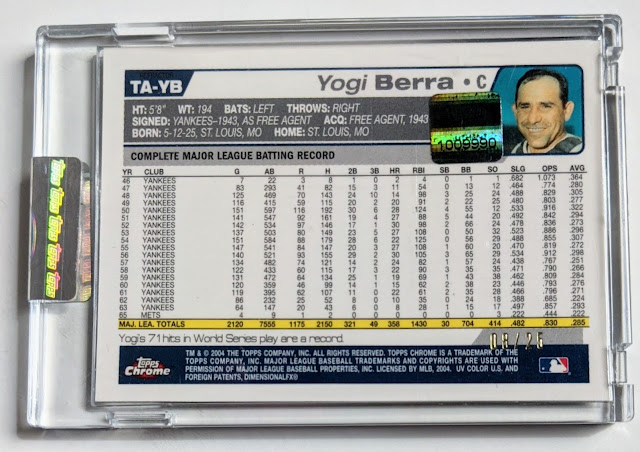 Heck of a career and a World Series ring for every finger. Despite no red ink stats on the back, Berra was MVP three times. One of the most amusing characters in the history of the game, to boot.
This card was actually an upgrade for me. 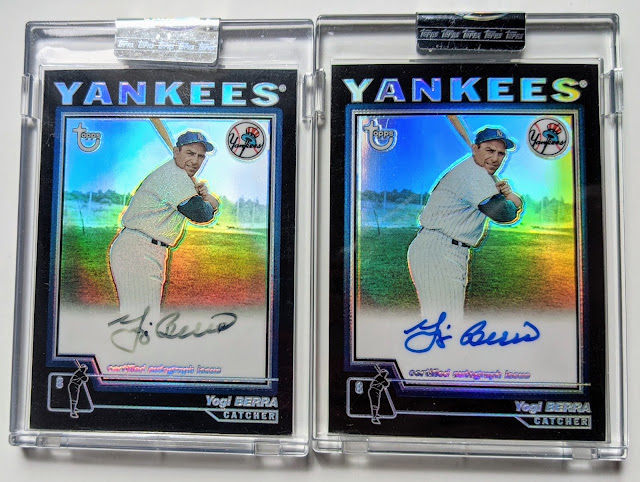 Yep, I now have 2 of these cards. The first one I bought way back when I originally started targeting these refractors (I initially set out to only complete the '04 Retired base auto set, or a mix of base and a few refractors, but the refractors' siren song gradually pulled me in and my goal morphed into completing the refractor parallels instead.) But I had hoped for the chance to upgrade my Yogi to one with a bold, blue the signature. My guess is a previous owner left the card displayed in the sun for too long. Doesn't seem to have faded further in the several years I've owned it. (You can see it way back in my blog's first real post, with a COMC watermark, before I pulled the trigger on it.) If any reader doesn't mind a partially faded auto and wants to make me a trade offer for the card on the left above, it's available. 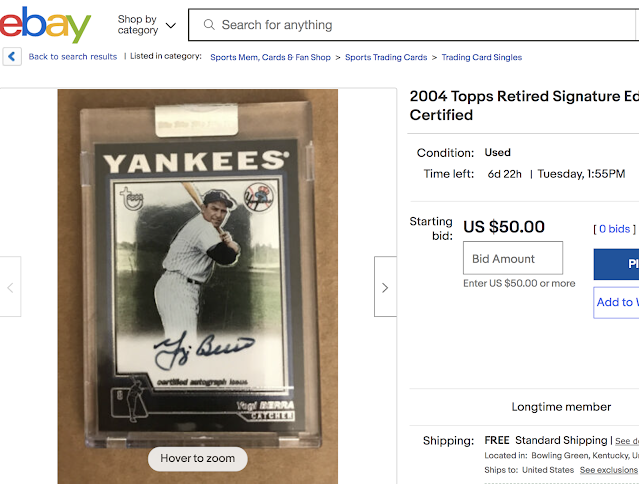 Coincidentally, in the few hours I had this post in the works, a base Yogi auto from this set popped up on eBay, and it also features a black signature, though not as faded as mine. Hmm. Maybe he used an old black sharpie for signing some of these cards? Weird.
Anyways, while we're on the topic of Yankee heroes, here's another one-- to a lesser extent, but stil... 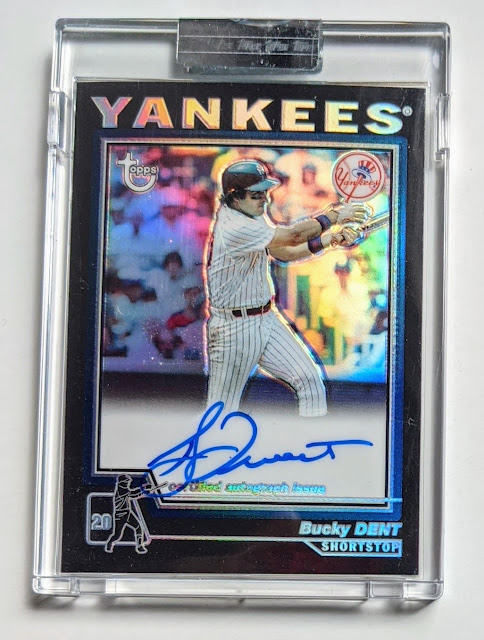 Another recent pickup. Bucky Dent is an anomaly in 2004 Topps Retired because he's the only player included in the autograph checklist who doesn't also have a base card in the set. His base auto is very common (mine is now available for trade, btw), but I had never encountered a Bucky refractor until this one came along. 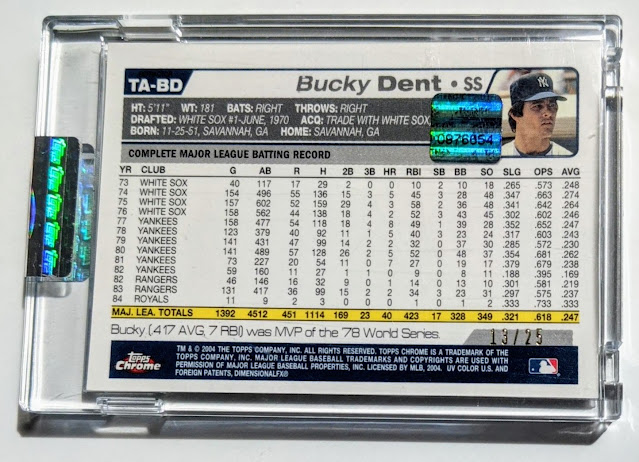 Better known for his glove, Dent's career batting record isn't all that impressive. Came up clutch in 1978, though.

Glad to check these Yankees off the list as I near the end of this epic collecting adventure of mine.