Here are the rest of the 2004 Topps Retired refractors I picked up during a big setbreak on eBay back in June. 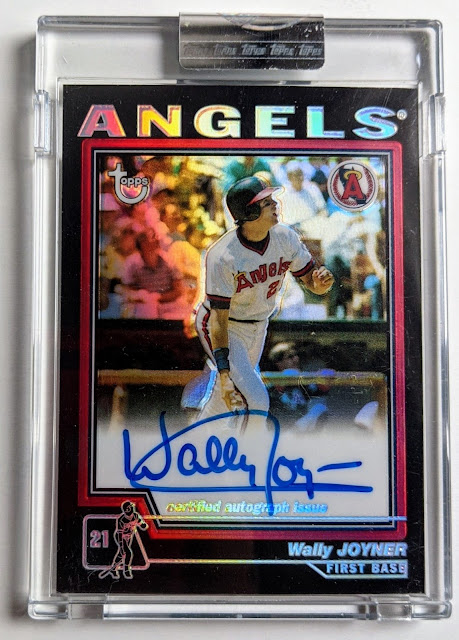 This one was an upgrade. I bought the 10/25 Wally Joyner earlier this year, but it lacked a bold, blue signature. Happy for the chance to nab this one, even if in hindsight I wouldn't mind taking a mulligan on the earlier purchase. (But hey, Wally is a PC guy of mine, so no harm having another copy, I suppose.) 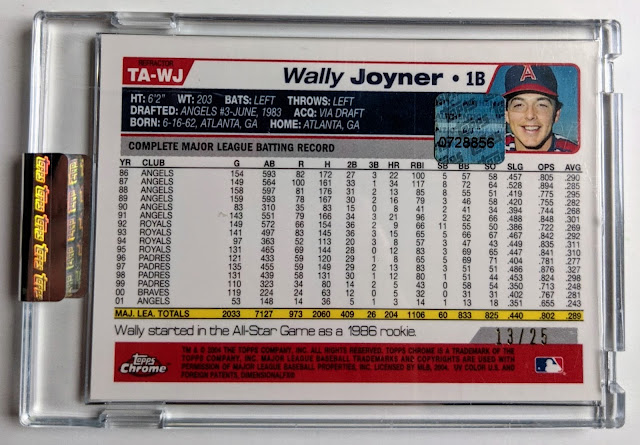 This one is 13/25, and while a touch of triskaidekaphobia might knock it down a notch in my eyes, definitely not a deal-breaker. If the 12/25 ever pops up, though, you can bet I'll throw a nice bid on that. 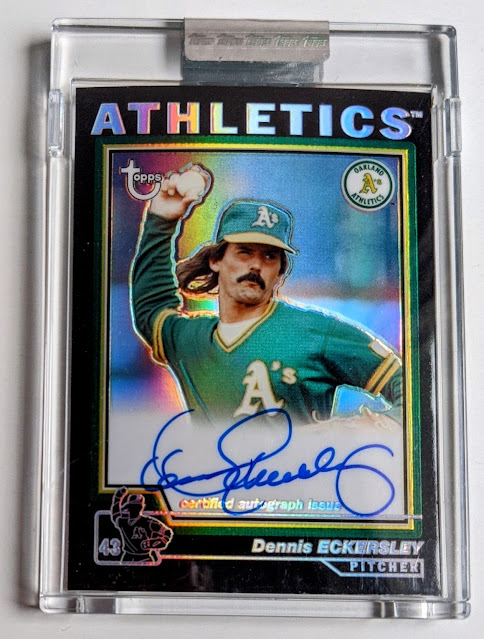 Speaking of which, here's another upgrade for me. I already had the 14/25 Eckersley, which looks totally fine, but I'm a sucker for Christmas Cards, and ended up winning the yuletide Eck for a solid price. 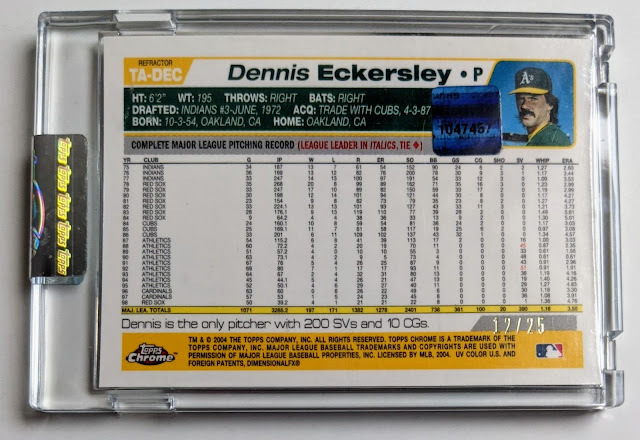 The Ryne Sandberg 12/25 was also part of this setbreak, but quickly crept up too rich for my blood. Of the 76 cards in this refractor autograph set, I own 7 of the Christmas Cards. I know it's not feasible to think I could ever get 'em all, but I'll probably at least keep an eye out for them for the remainder of my card-collecting days. 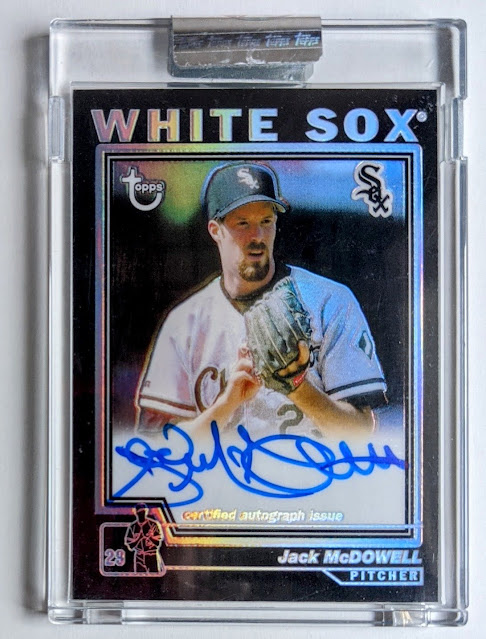 I'd never seen a refractor of Blackjack McDowell for sale before, though the base version of this card is very common. 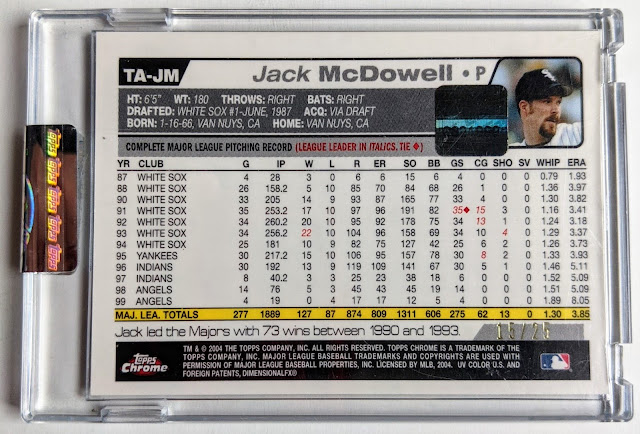 AL Cy Young winner in 1993, but injuries prevented him from really filling out his career, having a rough latter half of the 90s. 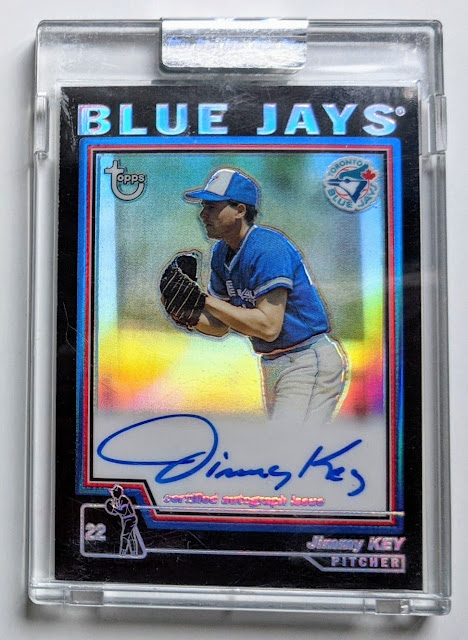 Last for today, McDowell's teammate on the '95 Yanks, Jimmy Key. Jimmy must have a supercollector out there or something, because I ended up paying more for this one than I had expected-- more than the corresponding Mike Schmidt from the same break, even! 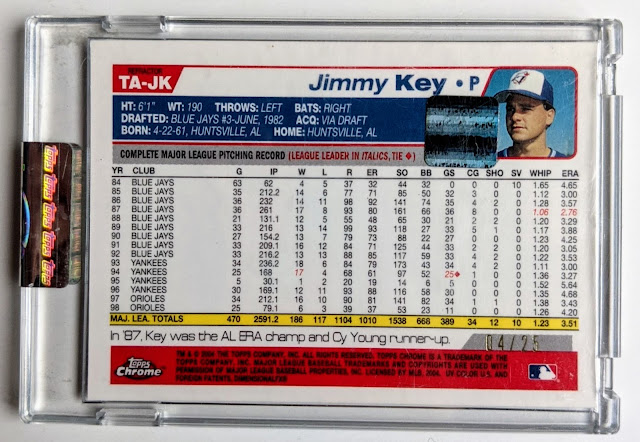 Jimmy played a big part in that first Blue Jays championship squad. Then he signed with New York and missed out on the repeat in '93, but still got himself another ring in '96.

Ok, that wraps it up. Might be a while till I show off another 2004 Retired refractor on the blog. I'm down to needing only Alan Trammell. (And the other 69 Christmas Cards, lol.)