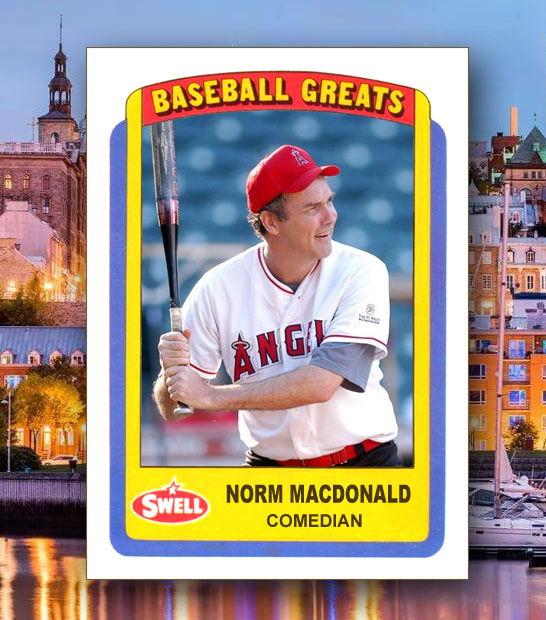 Sad to hear Norm Macdonald passed away. Made a custom card as a little tribute. Background photo is his hometown of Quebec City.

This is just digital, but maybe I'll print up a copy for myself once I get back into the swing of things. (The desktop computer I do most of my custom card stuff on is in the shop. Didn't have many templates available to choose from, but 1990 Swell worked fine.)

Physical customs have been popping up from bloggers more frequently these days, and I've got some to show off here today. 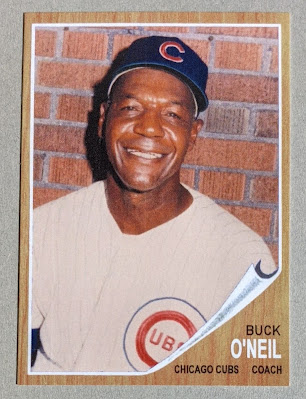 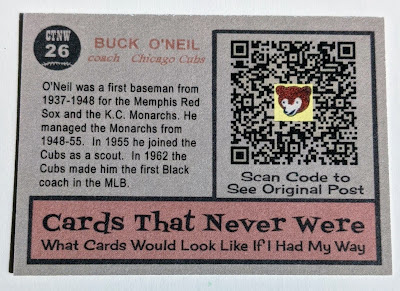 The Cards That Never Were blog has been around for over a decade now, cranking out tons of cool customs over the years. He recently started making some hard copies available via his blog and eBay store, and ran a little giveaway to help spread the news, which is how I ended up with this addition for my Buck O'Neil collection.
Thank you, sir!
-    -  - - --o 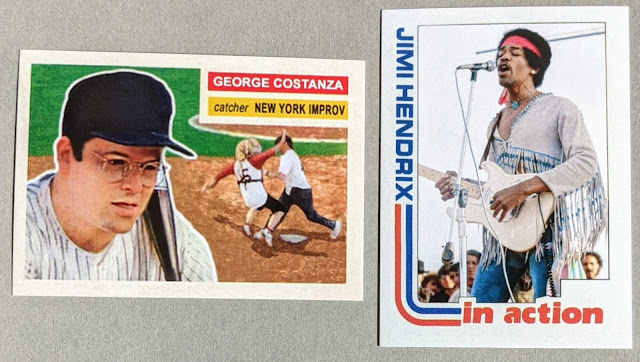 Gregory at Nine Pockets has also gotten in on the fantasy card creation, and he too was gracious enough to do a giveaway sharing copies with his readers. The hard part for me was picking just 3 cards out of the several fun options available. I'm a big Seinfeld guy, so the George Costanza was my first pick. Love me some Jimi Hendrix too, and really the 1982 In Action design in general. 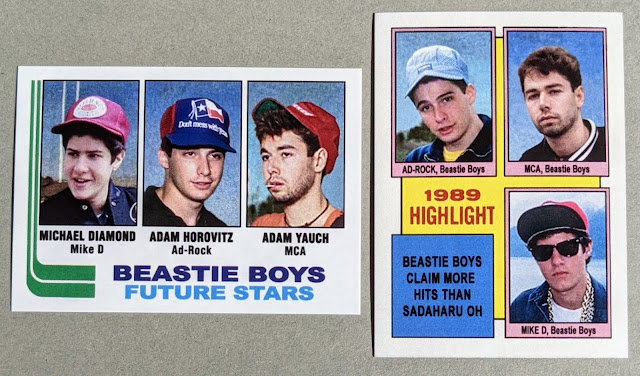 The Future Stars design is another good one from '82, and looks great with the Beastie Boys here. The "1989 Highlight" card was my backup selection in case one of my 3 picks was already sold out, so that was a nice surprise to see it thrown in as a bonus. I might not be as devoted a Beastie Boys fan as our own Fuji, but they've been a staple of my music collection for a long time.
(On the topic of music cards, been a minute since I've plugged the 1991 MusiCards Blog where I ramble about music and my younger days. We're coming up on the 2nd anniversary there. I only post like once or twice a month, so don't be afraid to throw me a follow there and it shouldn't clog up your feed.)

The highlight card even has a "real" back to it. Great work on these, Gregory! Thanks again for the hookup.
Check out his store.
-   -  - --o
Last for today are a few more highlights from WTHB (continuing from part 1 and part 2). 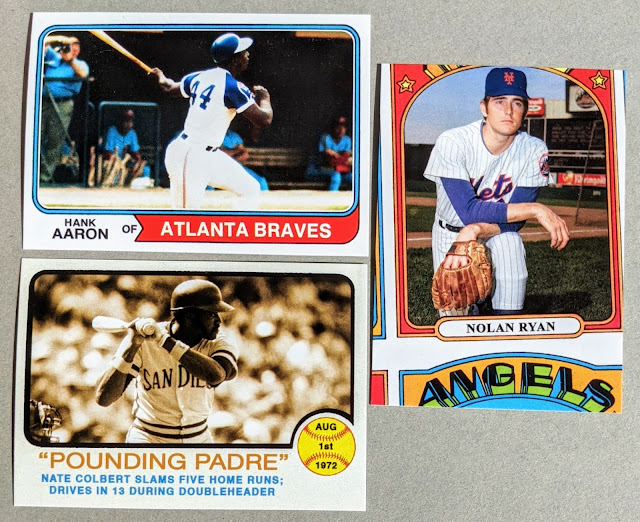 While 1974 Topps #1 is a great card, a standard base card for Hank Aaron in that set would have been nice, too. And I'm always happy to add to my Nate Colbert semi-supercollection. The "miscutsom" is a quirky idea recognizing Nolan Ryan switching teams in December of 1971. 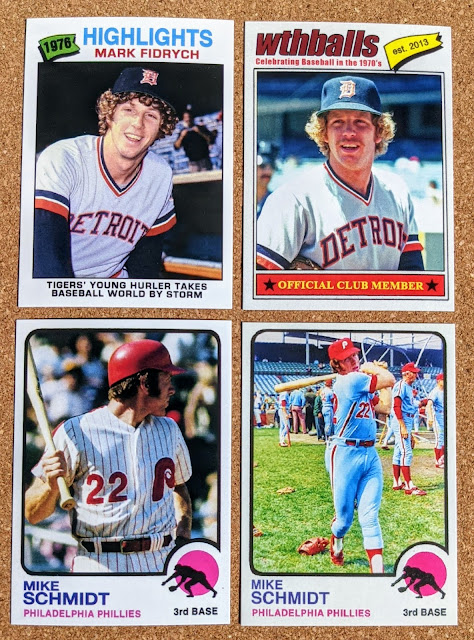 Combing with earlier customs I've gotten from Gio, here's a pair of "1977" Birds and "1973" Schmidts. Nice to be an official club member. (He also made a special card for his collector buddies on Twitter who've completed 1972 Topps that I'll have to bug him about if/when I track down the 217 more cards I'm needing.)
But speaking of bugging Gio.. after the earlier post where I lamented not pulling the trigger on a complete set of the awesome velvety rookie inserts he put out a while back.. well, I took a shot in the dark asking if he had any sets remaining. The cardboard gods were smiling upon me that day, as he had just that morning placed a small order for 3 additional sets because of another guy who had been begging him for a set, and Gio was kind enough to let me reserve one of the other two, generously adding it to my next mailing when they were ready. 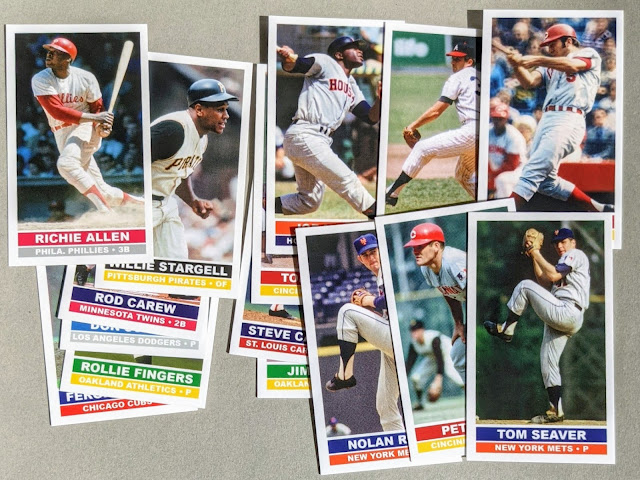 I love these cards! I believe this design was inspired by the 1959 Bazooka design (revisited in Archives a few years back, but you don't come across the originals too often). Kinda like "mini tall boys", same height as a standard card, but narrower width. Very colorful, with great photo selections. But the real magic with these is the soft card stock that you don't see with trading cards very often. They've got a nice velvety feel to them in-hand and you almost hate to put them in a sleeve/page.
Fun stuff. Thanks again, Gio!
Posted by defgav at 5:02 PM