Michael Jordan and his cards are suddenly super hot right now thanks to The Last Dance miniseries on ESPN. I'd like to watch it, but we don't get that network. I'll probably track it down one of these days somewhere, but for now I just see whatever the reaction chatter on Twitter is about.
I'm not a big basketball collector, but I've got a little Jordan PC. And I need a quick/lazy post, so here it is.

Ooh, these are in top-loaders. The Tar Heels card was scored back in my Listia days. 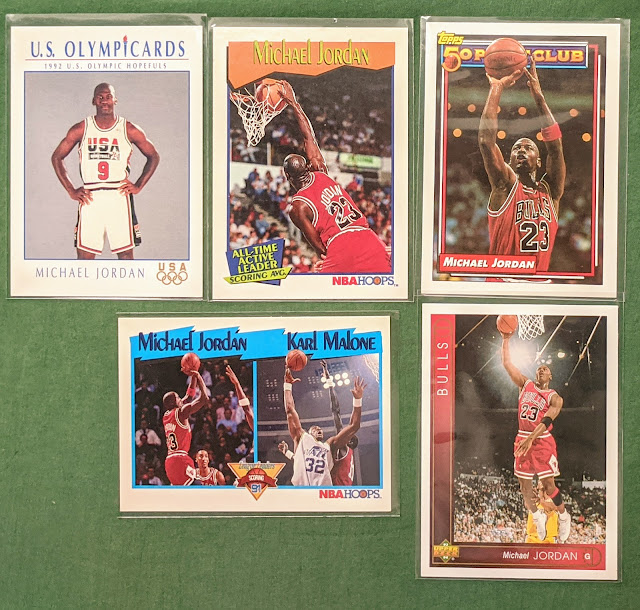 More cards. I like that Team USA one. Think it was in a lot of those things I got from a(n entire) dimebox purchase at a card show a few years back. 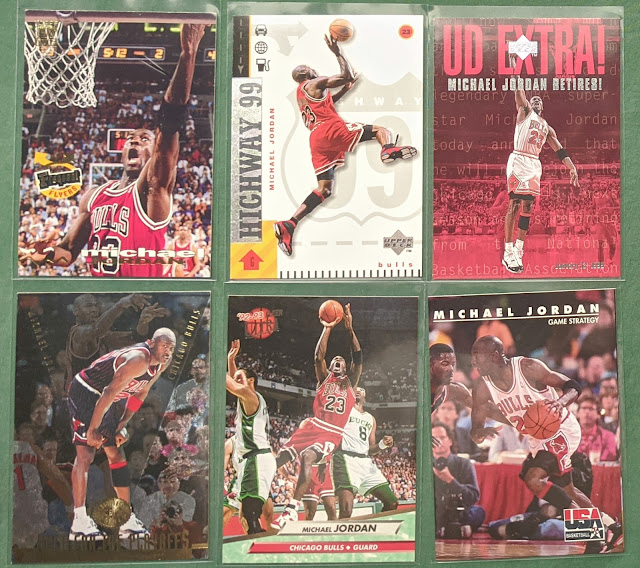 Some more. Any of these worth anything? Probably no hidden gems to make me rich, but oh well. 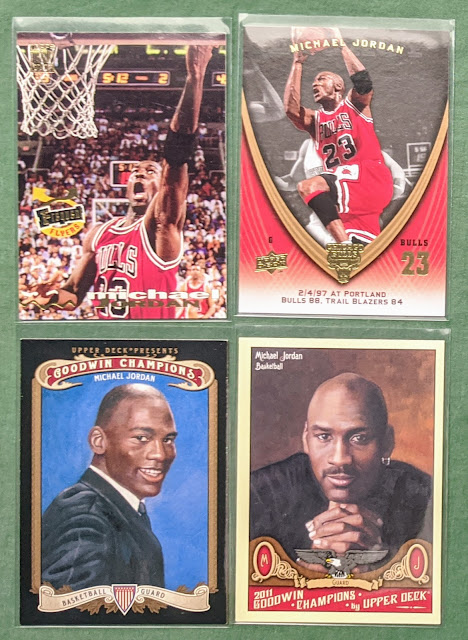 Whoops, looks like a dupe snuck in. Better put it on eBay asap! 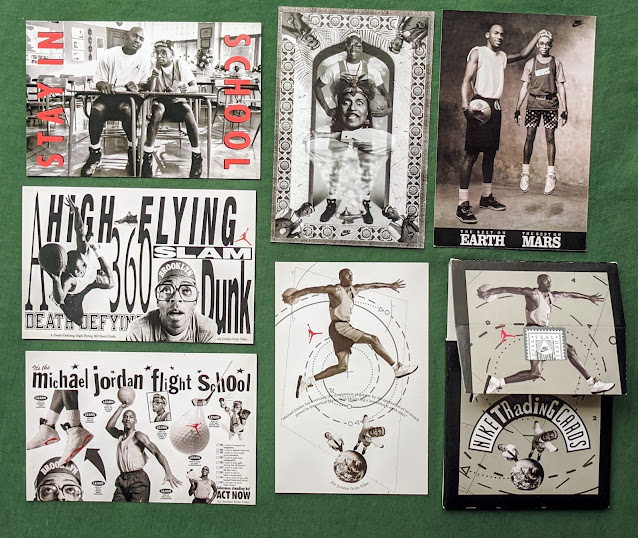 This is a little boxed set from Nike I picked up for a few cents at a card show last year.
R.I.P. Little Richard. 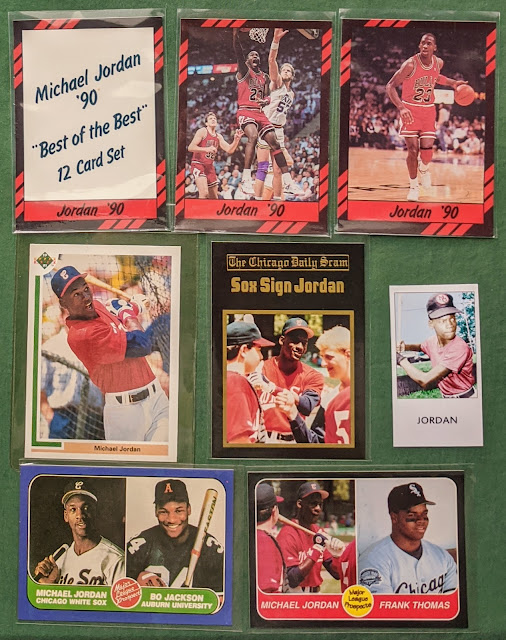 Closing out with some oddballs and baseball cards. The '91 Upper Deck is a card I pulled as a kid, a treasured highlight of my O.G. collection. The mini Little League card was something I made a few years back for no real reason. Technically the Bo and Frank Thomas shared cards are from those respective PCs, but plucked them out for the photo op... both Broders gotten cheap at card shows.
That's it. Nothing worth much, but it's a respectable little collection for someone such as myself who doesn't really collect basketball. Would love to score an autograph sometime, but won't be anytime soon.
Posted by defgav at 4:35 PM