When I posted about my big Hank Aaron refractor auto pickup last week, I didn't want to jinx it by saying anything, but I was excited to have another needed card for my set in the pipeline in quick succession, and now I've got it. 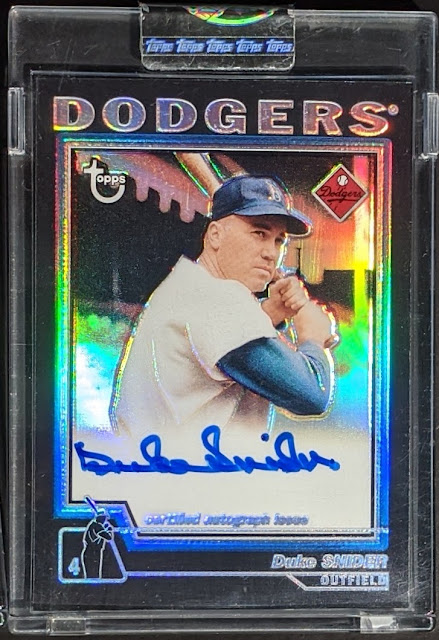 Edwin Donald Snider, The Duke of Flatbush! Ain't that a beauty? 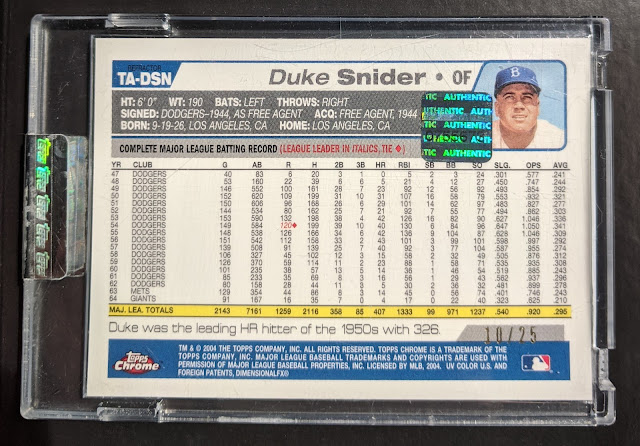 Impressive career. The baseball writers made him sweat it out for a decade, but eventually voted him into the HOF in 1980. He passed away in 2011, but he was very generous with his signature, so there are a ton of his autographed cards out there (Take it from me.. I often searched through the vast ocean of Duke Snider autos on eBay looking for this card in the case of a poor listing potentially letting it slip by me. Relieved I can stop doing that now!) 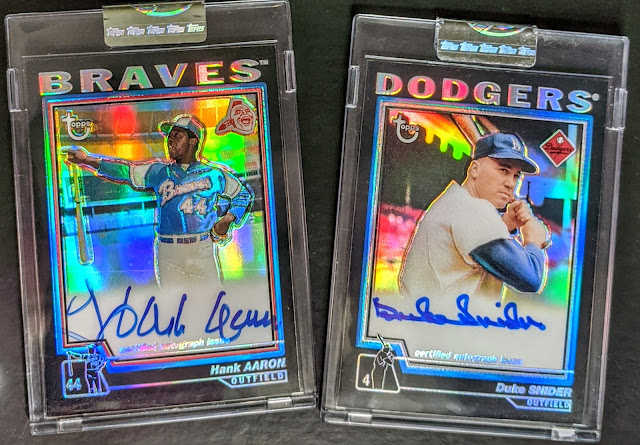 With these two recent additions (coincidentally both numbered 10/25), I'm down to just 10 remaining 2004 Retired refractors to chase down, and many of those aren't big names (I'm predicting Bucky Dent will be the pesky final card.) I'd love to keep the progress popping right along, but chances are it'll be several months till another one I need pops up for sale. Scoring 2 from 2 different sellers in the span of just a couple weeks is basically unheard of for me, so thanks to the baseball card gods for this good fortune. 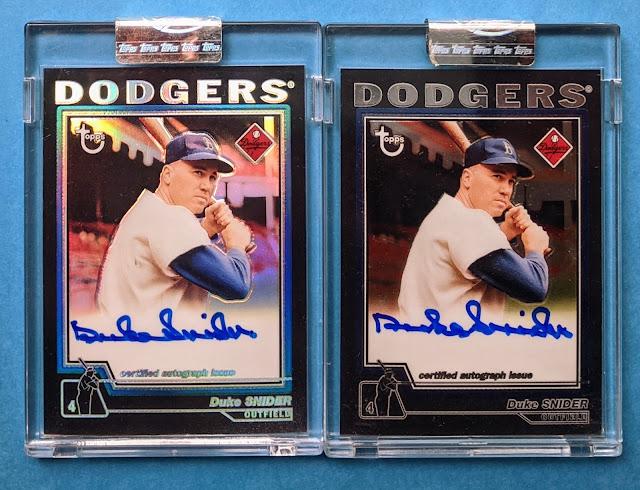 The base auto I previously had in my set (right) is now expendable, so if any of my Dodgers collecting trade buds want to offer me up something nice in exchange for it, I'm listening! Recent completed listings value it between $57 and $113. I bought it for $32.50 back in 2014.

Yep, been working on this set a long time. Excited to think the next one of these '04 Retired refractors I cross off will take me down to single-digits left. Light at the end of the tunnel!
Posted by defgav at 6:18 PM