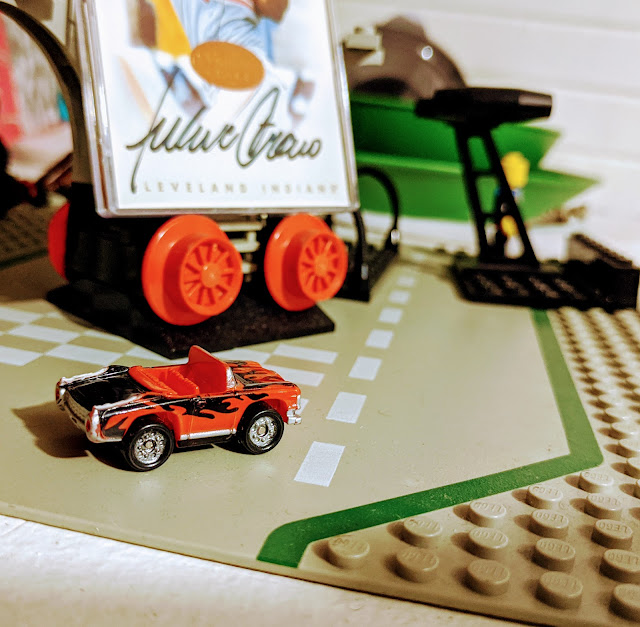 Time to check out some more of my old crap. 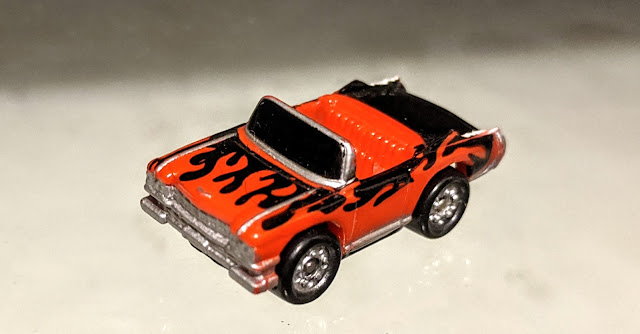 I've still got a dozen or so Micro Machines from my childhood toy collection. I loved the things, but always seemed to me they were more expensive than they should have been. So small, after all! I'm not a big "car guy" but this is a '57 Chevy, right? Cool car. If I won the lottery, I'd probably pick me up one of those to cruise around on pleasant Sunday afternoons. 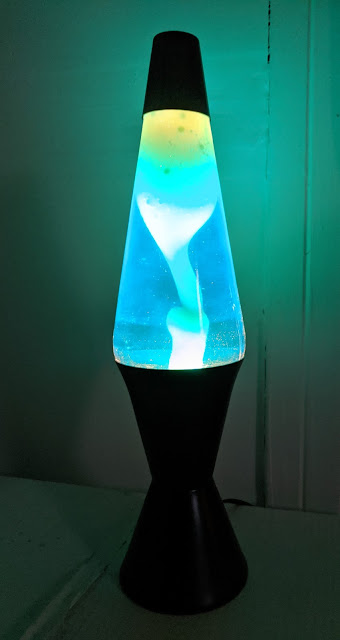 I've had this lava lamp for a long time. Recently brought it "out of storage" and set it up in my little temporary "work station" area where I do much of my work-from-home stuff. Pretty neat. Also works well as a hand-warmer, as it gets quite hot, but not hot enough to burn you if you want to hold it for a moment. 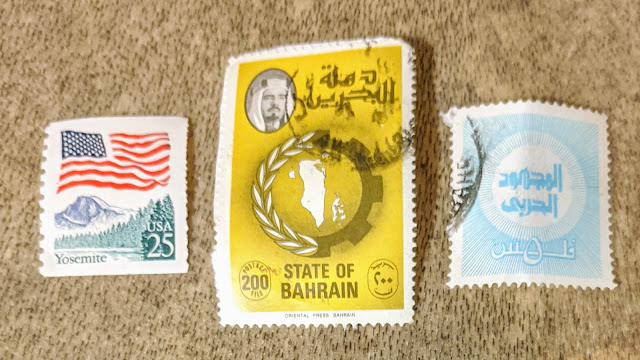 I never really collected stamps, but the collecting gene was strong enough in me to hold onto interesting stamps that might have fallen in my lap as a youth. The 25¢ Yosemite stamp is uncanceled, though by the back you can tell it's been used. Then there are a couple canceled non-US stamps. I'm sure none of this is worth anything (though I might be able to get away with using the Yosemite stamp as a quarter's worth of postage), but interesting enough not to throw away, I suppose. Not sure how I came into these 2 foreign stamps.. probably an aunt of mine or maybe a family friend sent us a postcard with them or something like that.

Hey, it's my old geode! The perennial "show and tell" standby. Speaking of passive collections of my younger days, I also have a rock collection from back then, and this geode is among the few highlights. It's about the size of a racquetball when the halves are put together. Not super impressive as far as geodes go (Google image search), as it only has a tiny flicker of shiny crystals in there. But still cool to a kid. 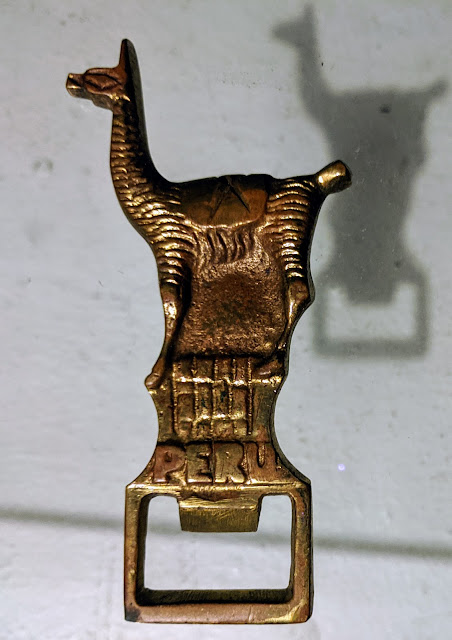 Ooh, I'm happy to find this thing-- I hadn't seen it in a while and was worried maybe I had lost it at some point over the years. It's a metal bottle-opener from Peru featuring what I'm guessing is a llama.

I think I've told the story here before about how in Mr. Pedrazzi's 5th grade class, when it was your time as "student of the week" or whatever, you got to pick out a neat item from a small box of goodies Mr. Pedrazzi would bring in. Future ballplayer Marcus Giles was in this class with me, and he got a slingshot that was the envy of all the boys in class. (And we're talking a legit slingshot-- meaning it was a real, manufactured, metal and rubber slingshot, not just a conveniently shaped stick with a rubberband that the rest of us had to be content with.)

The item I eventually ended up with wasn't as cool as a slingshot, but I was still pretty happy with the neat old bottle opener from a distant land of long ago. 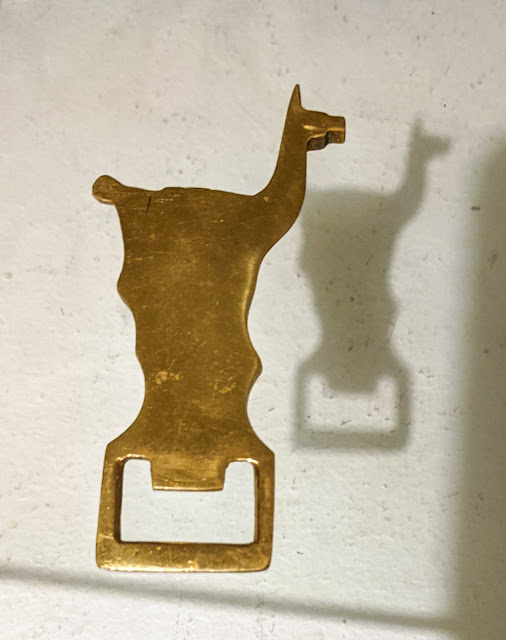 No markings on the back, but I'd guess it's probably from the 60s or 70s. I can imagine it cranked caps off plenty of pop and suds in its prime. It's not "in service" currently, packed away with my childhood crap, but I might use it to open a beer later today for the heck of it. 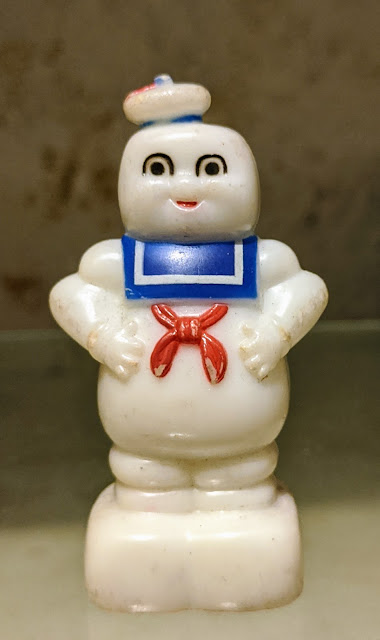 Always loved Ghostbusters as a kid. This Stay Puft Marshmallow Man was a way to sneak a "toy" into my pencil case. 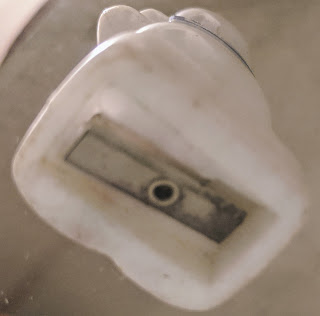 
That's probably enough for today. Normally I like to squeeze in something baseball related.. but I suppose I mentioned Marcus Giles, so that's close enough.

Thanks for reading and have a great week.
Posted by defgav at 11:38 AM