I never lucked into pulling an Elite from a pack though I ripped a lot of early 90s Donruss back in the day. But I recently turned to eBay to rectify that. 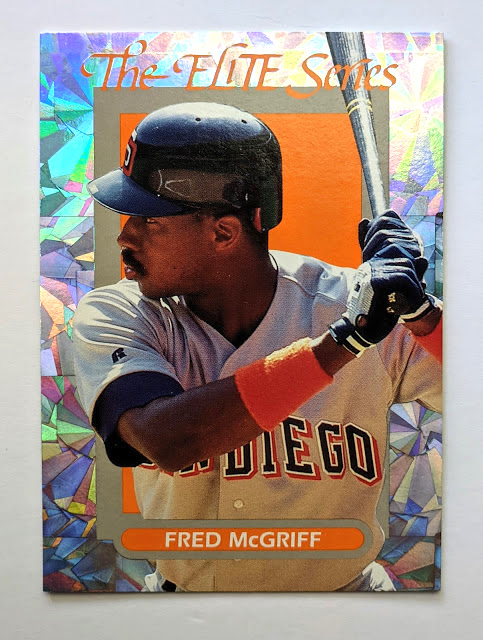 Fred McGriff won me over during his brief time in San Diego and I've been a big fan ever since. Not a big enough name to break the bank, so he was an easy choice to target. Looks great. 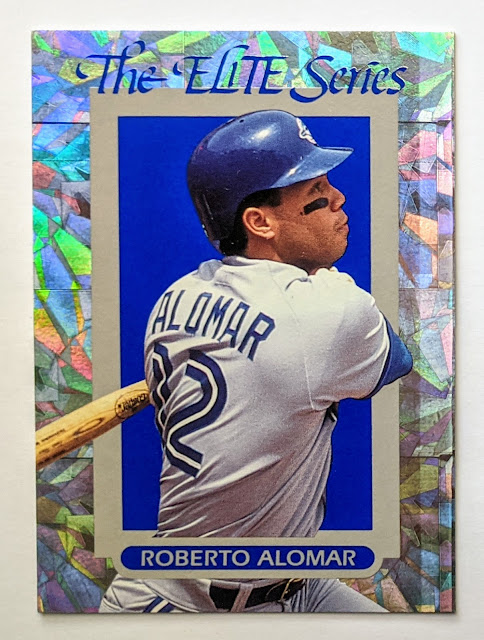 I ended up complementing the Crime Dog pick-up with HOFer Robbie Alomar. He went to Toronto in the blockbuster deal that sent McGriff to the Padres, as you probably already know. I like the look of this one a lot, too. Shipping cost was more than the winning bid. 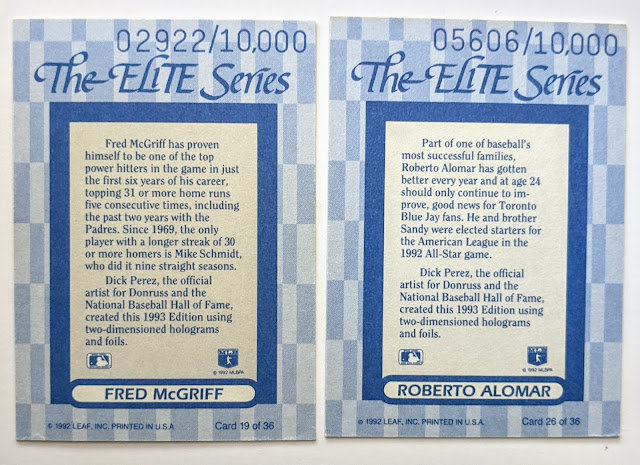 They don't bother numbering cards out of this many any more, but back in the go-go baseball card days of the time, they were tough pulls out of the millions of base cards that got cranked out. A nice pairing together. These were from 1993 Donruss. I'd love to expand my collection into snagging an Elite or two from 1991 and 1992 sometime.

Tried capturing a little "refraction action" to give a feel of the card in-hand, dancing in the light. It was kind of a big deal as one of the first "shiny cards" on the market. There might plenty of dazzling parallels out there these days, but still hard to beat a classic insert like this.
Posted by defgav at 4:58 PM