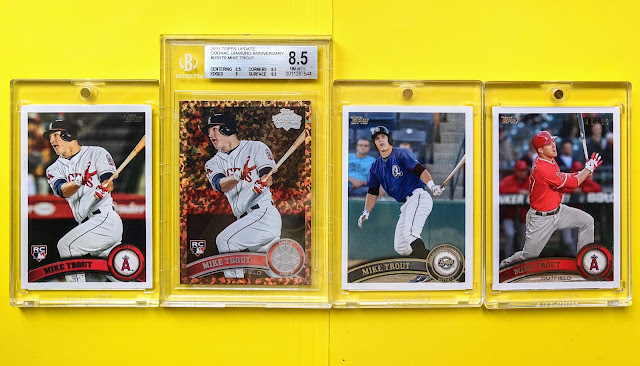 Can't really call this a "rainbow" in the traditional sense, but I really like this quartet of cards I've been able to put together of Mike Trout in the 2011 Topps design. 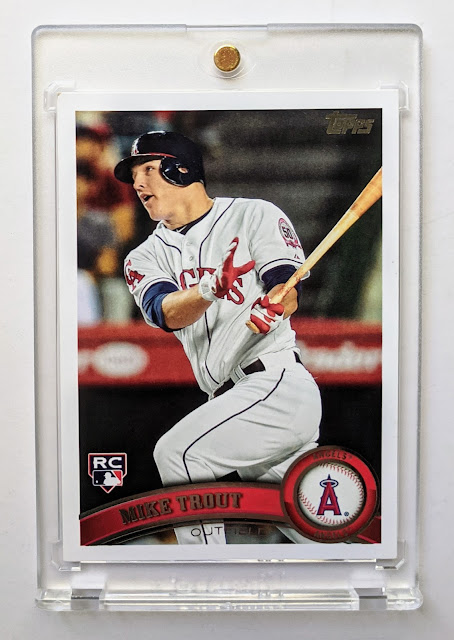 This 2011 Topps Update rookie card was a generous addition sent my way from Matthew Scott a few years back, which has only become more generous in light of the rising Trout inflation since. Wouldn't grade out to a 10, but still an incredibly appreciated card in my collection. 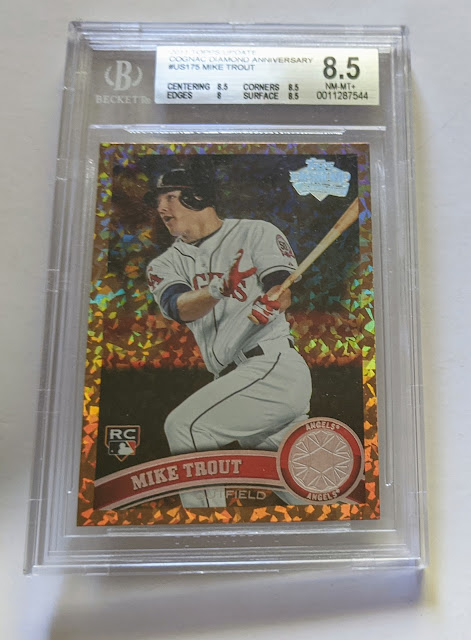 This is a big card I ponied up for a year or so ago. Technically this isn't part of my Trout PC but rather the 2011 Topps parallel frankenset I'm building. I paid a lot for it, but checking recent eBay completed listings just now... wow, I would have to pay a lot more for it today (like probably over double!), so I guess I'm glad I pulled the trigger when I did. (Though realistically, I expect the corona card bubble to pop eventually and prices to fall back to around where they were in the Before Times, maybe even lower. But who knows.) 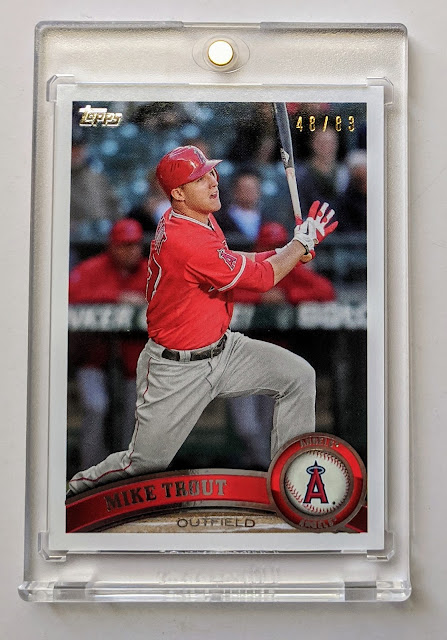 This is another 2019 Topps Transcendent VIP Party "Through the Years" card. I showed off a 1990 Topps Record Breaker version last month, and this is the one other I snagged around that same time. I was targeting this one thanks to the rookie year design... so I can pretend it's like a "photo variation SSP rookie card" while really it's just a 2019 gimmick. But I like it. 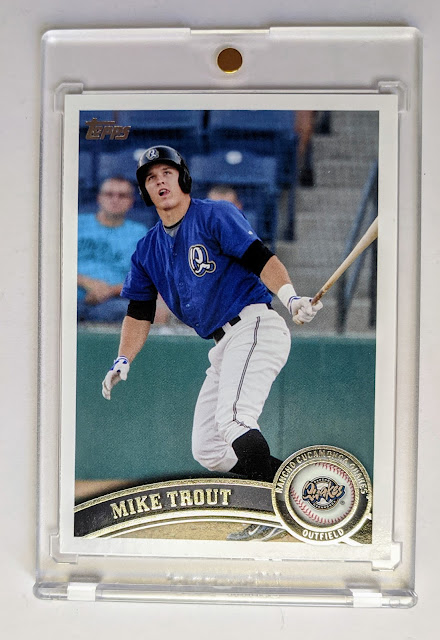 And the last one I got was this 2011 Topps Pro Debut card. I think it rounds out the group nicely.

If I wanted to add to this "rainbow type thing", there are plenty of Project 2020 cards playing off his 2011 card, but I plan to call it good with these four.

Thanks for reading and have a great weekend!
Posted by defgav at 6:07 PM