It was a rough, smoke-filled week, but rain has fallen and the sun has once again shone upon the city of Portland. The air quality is back in the green after being off the charts bad for a while. That was a crappy week.

But hey, a couple of my days were brightened by maildays of Topps Retired refractor autographs I had snagged on eBay days prior. The players are both known for being glove-first speedsters without much pop in their bats. 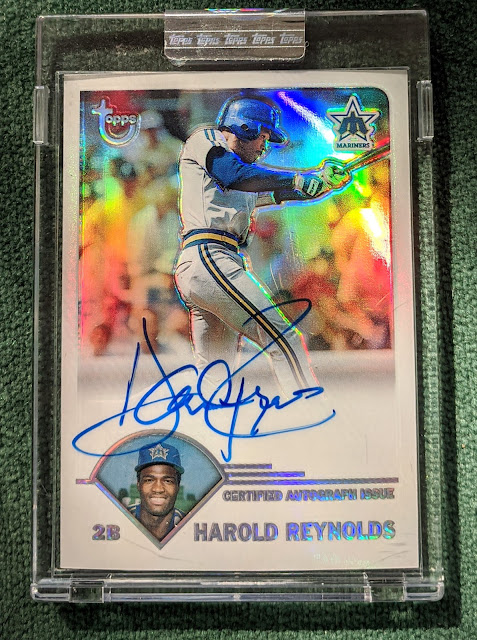 Man, this is a beautiful Harold Reynolds card! Gotta love those old Mariners uniforms. Action photo of a Reynolds rap attempt. While it's not the most elegant signature, Harold's autograph is still satisfying with its intricacies. And the whole thing looks great bathed in its rainbow shine. 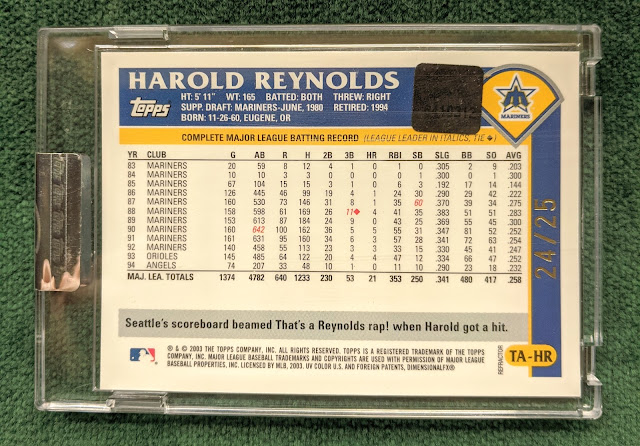 Oh, he's from Eugene? I hope if he's still got loved ones in Oregon that they're all ok from the crazy wildfires. Man, scary times up here!

Anyways, there are his offensive stats. I think there's enough room that Topps could have fit into the blurb that Harold was an All-Star in '87 and '88, and was a three-peat Rawlings Gold Glove Award Winner, 1988 through 1990.

Nowadays he's most known for talking about baseball on TV. He says dumb stuff sometimes, but I guess he's endearing or something because he's still at it. I believe he even got into hot water a while back for being inappropriate to a lady coworker, but seems to have avoided being canceled.

I'm just happy to add another of these gorgeous cards to my 2003 Topps Retired collection! 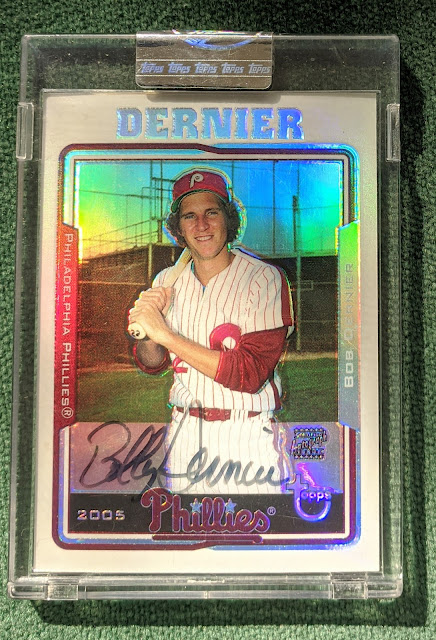 Bob Dernier here won a Gold Glove while a part of the NL East winning Cubs squad of 1984. Not really a guy I was familiar with, but hey, always like scoring a new Retired refractor on the cheap. And this one is an "ebay 1/1" that makes me like it even more... 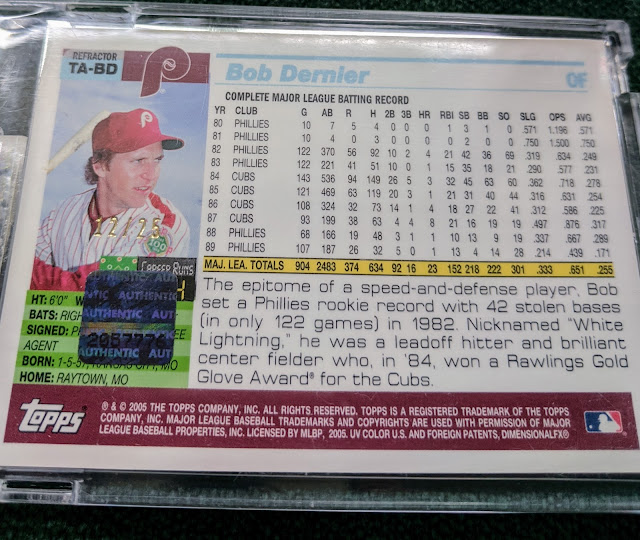 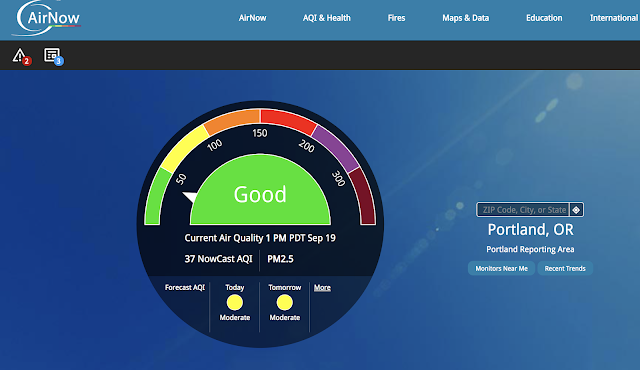 Thanks for checking out my blog.
Posted by defgav at 3:43 PM