January 2018. A lifetime ago! I sent JediJeff a few decent cards in exchange for a Carlos Correa 2017 Panini Diamond Kings dual relic he had recently pulled. And then I waited. And waited. Real world stuff can be a bitch, and I know Jeff is a solid dude, so I tried to have patience and not bug him too much about it. Woo! 32 months later, the card in question has arrived in my collection. LOL, it probably would have been more appreciated before the cheating scandal made this current Astros team universally hated outside of Houston diehards. Ha, it's like a time capsule back to a previous wantlist. 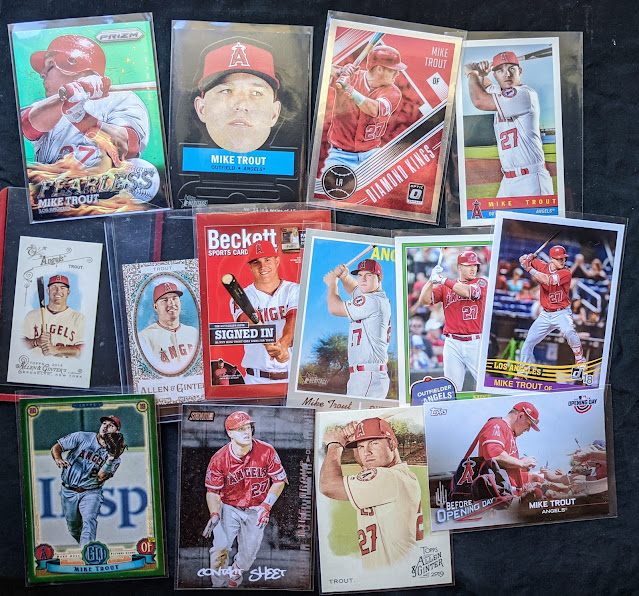 Wow, ok now Jeff is getting my attention here in 2020. Awesome assortment of Trout! Those 2016 Topps Heritage 1967 Stand-Ups were tough pulls, I remember thanks to Night Owl collecting them, I think. Oh snap, I just looked up that 2013 Panini Prizm Fearless green parallel.. it's a $100+ card these days! Ok, I'm going to need to put together a strong package for Jeff to say thanks for this, trade "interest" or not!

That Bryce Harper Beckett card is the same as the similar Trout above, but the other side of it. Jeff gave me 2 of them so I can have one for each PC.. very courteous of him! 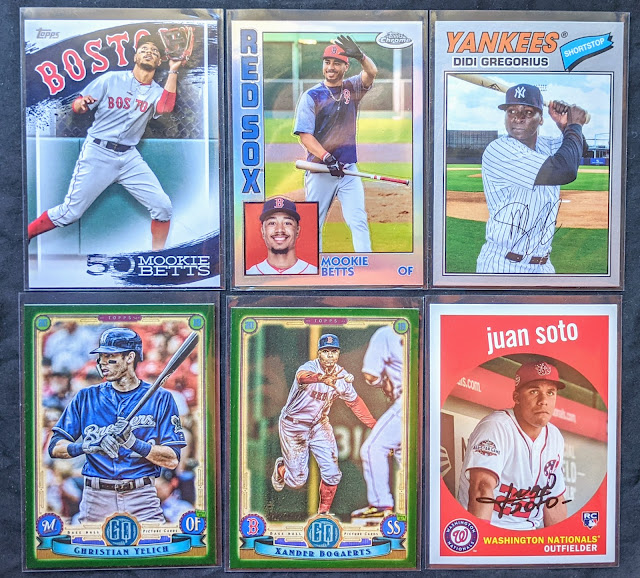 Some '64 Topps spicing up the bunch of cards with a little vintage. Tom Haller is a semi high number I needed. Sweet! 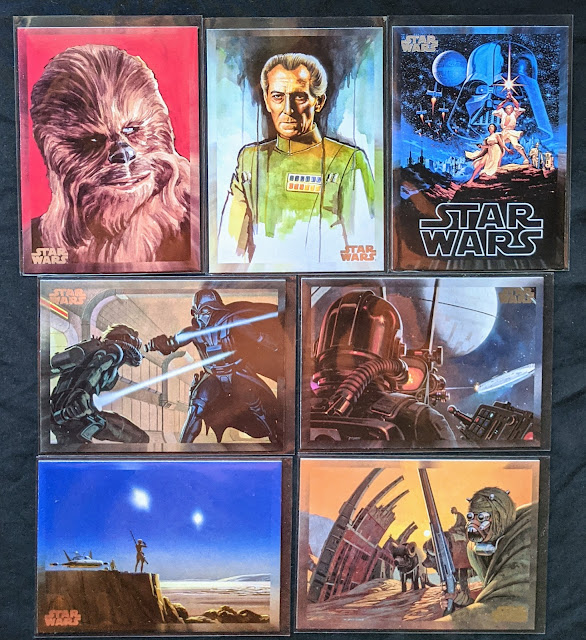 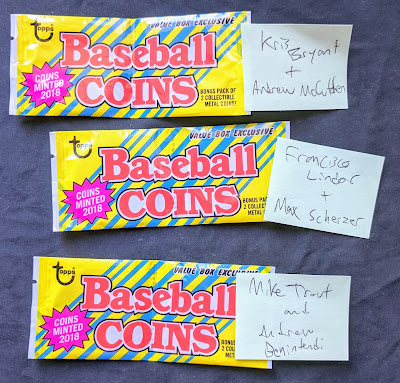 I did a little "pack searching" to see who's in these unopened packs of 2018 Archives coins. Would you look at that.. I've got player collections going for all six of these guys! It's times like these that I feel a bit like a player-collecting slut. 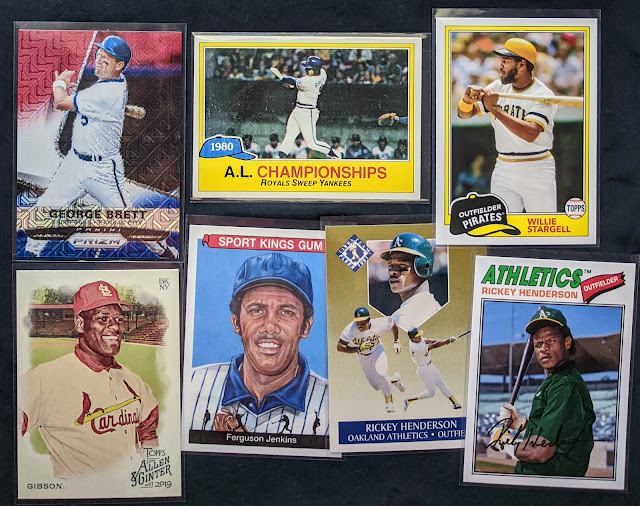 Hall of Famers. Much respect. I need to move my Larry Walker PC from the "retired guys" section into the "hall of famers" section. I probably need a few of these. 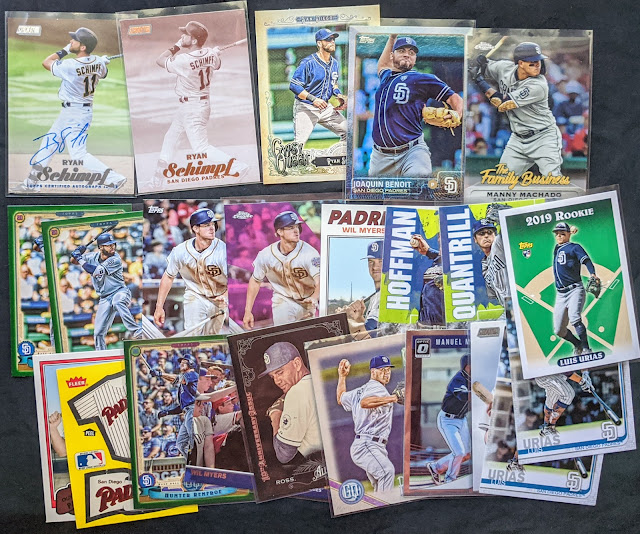 And a pretty legit smattering of random Padres.

Thank you, Jeff! This is a trade I'll never forget (partially because it lasted a fair chunk of my life, lol, but also that sweet Trout surprise). Dare I say it was worth the wait! 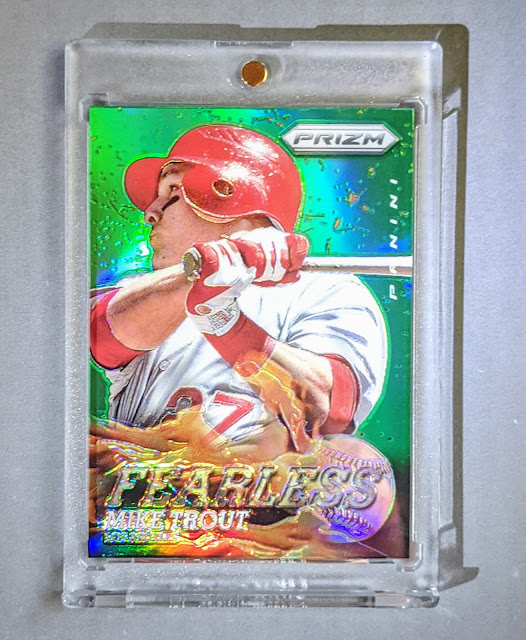 Now let's start work on another trade that takes nearly 3 years for that orange Tatis. ;)

Remembering that time you bought in a 2016 Bowman case break for $5 and going back to your team sets cuz you recall getting a few Tatis Jr cards...... pic.twitter.com/9uasc35T5G