Rainbow in the Dark

I'm still living in a giant smoke cloud, stuck inside with record-breaking bad air quality. It's supposed to ease up around Thursday or Friday. At least the wildfires haven't been moving closer to me, but they're still uncontained.

While I wait for the sky to clear and that metaphorical rainbow to stretch over the city, I've acquired a baseball card rainbow. 🌈 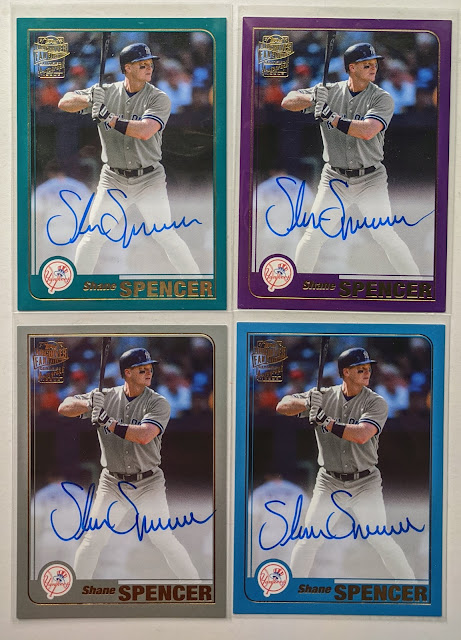 Base, Purple (/150), Silver (/99), and Blue (/25). All that's left is the Gold 1/1, but I haven't seen that surface yet. No printing plates are included in the auto set this year, which on one hand is kind of a bummer, but at least there's less for me to worry about. I think my favorite of these is the grey one, with the border matching the Yankees uniform. 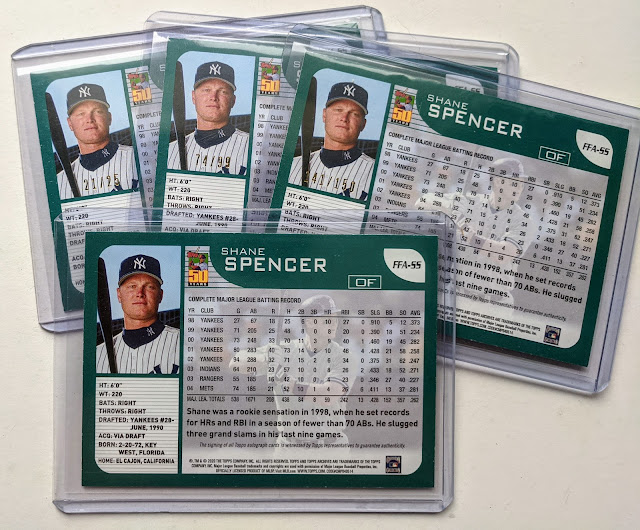 According to the back, he still lives in El Cajon, so that's cool. I just did a Shane Spencer PC post last month when I first learned about this 2020 Topps Archives autograph, so I won't rehash too much, but he's a guy who graduated from Granite Hills High School a couple years before I started going there. Neat to think I walked down the same halls and pissed in the same locker room urinals as a future World Series champ. lol. Probably had some of the same teachers, too.

Shane Spencer is the second Topps Archives autograph rainbow I've gone after. The first was back in 2014 when Bip Roberts unexpectedly got a card. What the heck, let's revisit that one real quick..... 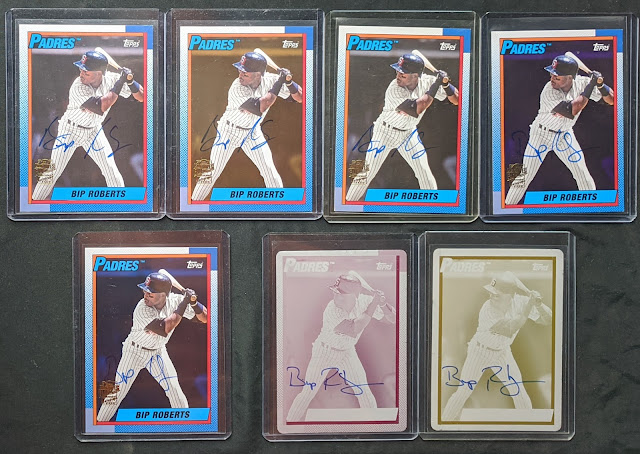 Base, Gold (/50), Silver (/25), Purple (/10), Blue (/5), and a couple printing plates. Apparently there's also a 1/1 Red parallel out there, plus the remaining two plates, of course. I still have a saved search for them, so maybe someday I'll add to this group. These parallels are pretty underwhelming thanks to Topps' baffling refusal to modify the 1990 Topps border at all, instead just putting a tint on the background of the photo. The silver looks the same as the base, and the purple looks pretty similar to the "sapphire" (blue). So that's lame. But still a lot of fun piecing together a Bip rainbow.