The Changing of the Wallet Card This particular Tony Gwynn 1990 Topps All-Star had the inauspicious honor of being my 2020 wallet card. The "before" pic can be found at the end of last year's wallet card update. Despite spending so much time at home-- and therefore not having a wallet on my person very often-- it still took a lot of wear.
It wasn't all pocket purgatory for Wallet Gwynn; he got some time in the sun... 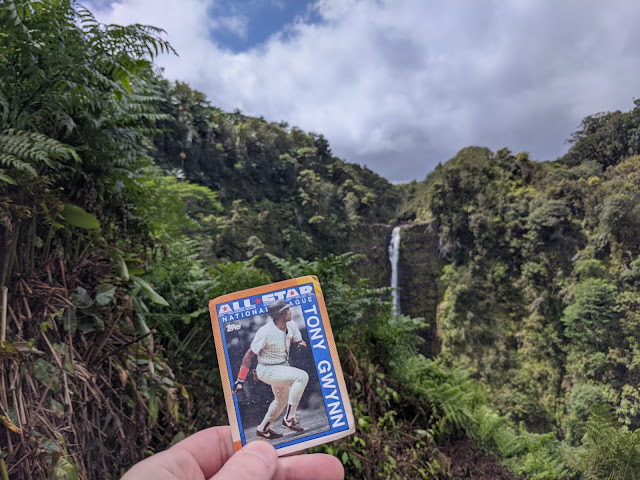 The only #walletcard photos I recall taking in 2020 were during my Hawaiian vacation in February back before everything went to shit, sharing three such pics in my big post recapping the trip. 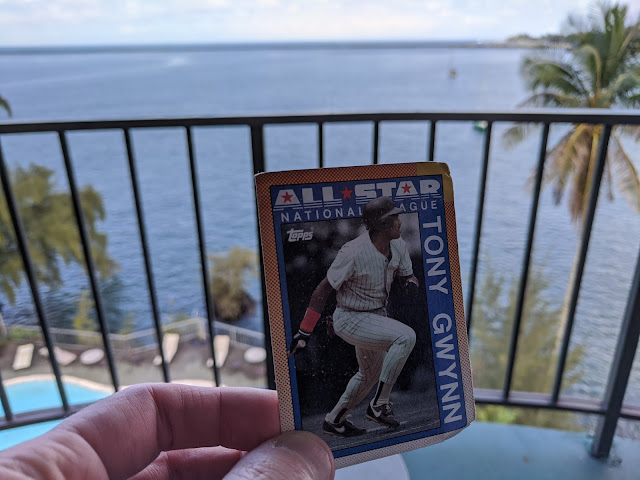 Here's one I didn't include in that post since the card came out dark. Man, that vacation is going to go down as one of the best weeks of my life. Good times indeed. Riding that high really helped my wife and I get through the following rough days of last spring. 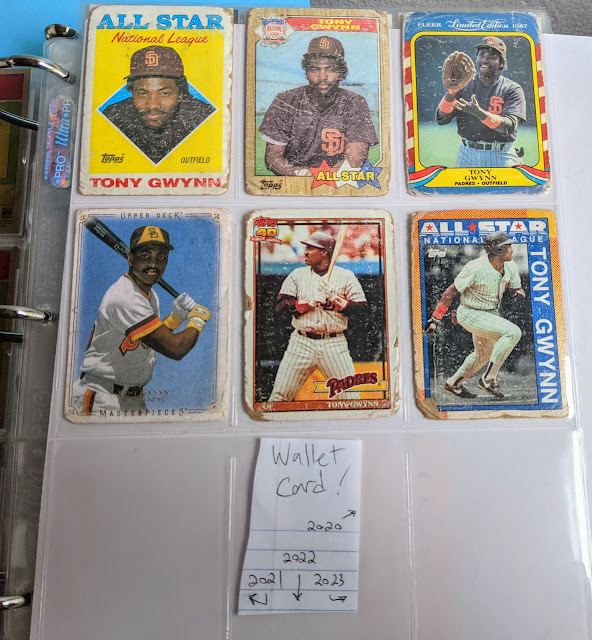 Here's how the updated binder page looks. My plan is to get through 3 more years to finish the page, then I'll likely either stop doing Wallet Card or pick a "ride or die" card to stick with in perpetuity. Or perhaps I'll keep having a card each year, but pick a different player for a new page. Guess I'll cross that bridge when I come to it.
Drumroll for 2021's lucky dupe... 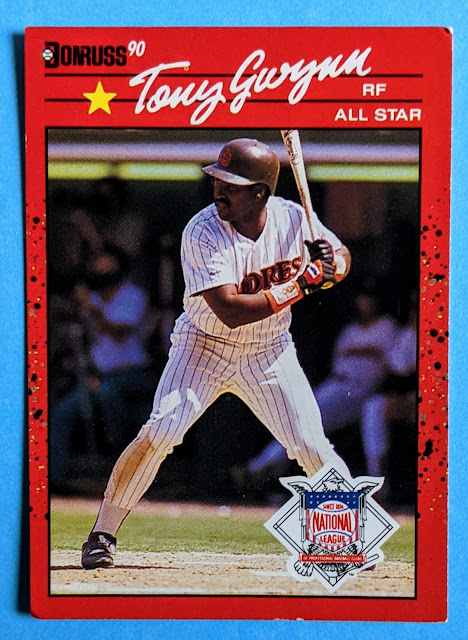 Yep, I'm continuing the trend with an All-Star card from 1990, but giving Donruss its first turn in my wallet. I've always liked this card a lot since back then, more so than Tony's relatively drab base card in the set. 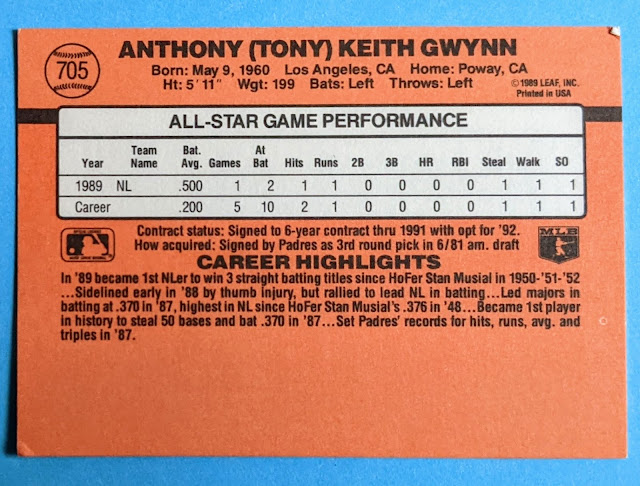 This dupe already has some dinged corners, so it doesn't hurt me too bad to sacrifice it to getting royally roughed up. Also, you can see it's the corrected variation ("All-Star Game Performance"), not the "Recent Performance" error, which I wouldn't be able to bring myself to destroy, even if those are only worth about 18¢ a pop these days.

I was planning to end the post there, but hey, I just got a Sportlots box order in that completed my 1990 Donruss base set, and so might as well tack that onto this post and make it a full-on celebration of that red-headed setchild. 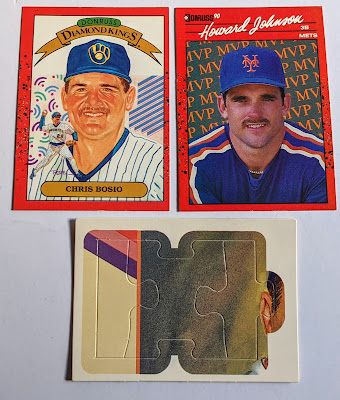 These were the last cards I needed for the main set, the Bonus MVP inserts, and Yaz puzzle. Feels nice to wrap those up, though narrowly missing finishing in its 30th anniversary year which had been my penciled-in goal (and why I bothered to buy these "junk" cards rather than patiently wait for them to eventually trickle in from trades.. buying them on Sportlots in early December, but the "box order" ended up taking a little longer than I was expecting thanks to holiday mail slowage). 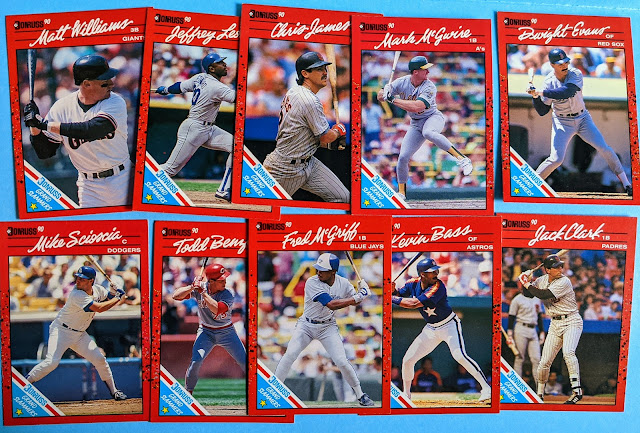 Technically I'm not finished with '90 Donruss yet, as I'd still like to complete the Grand Slammer inserts (which were available via cello packs and factory sets, but weren't in wax packs). I still need #6 Will Clark and #12 Bo Jackson.

And someday I'd like to complement this red set with the two blue 1990 Donruss Baseball's Best sets and the green '90 Donruss The Rookies set, I suppose. I'm not going to bother hunting down all the many errors/variations of 1990 Donruss, but wouldn't mind adding the Juan Gonzalez reverse negative (I feel like I might have one buried in my collection somewhere).

I know 1990 Donruss isn't exactly beloved by collectors, but seeing as that year was my introduction to the hobby, I've got a soft spot for cards I was wide-eyed rippin' that summer.

Email ThisBlogThis!Share to TwitterShare to FacebookShare to Pinterest
Labels: The spirit of 1990 is alive in Portland, Tony Gwynn, wallet card